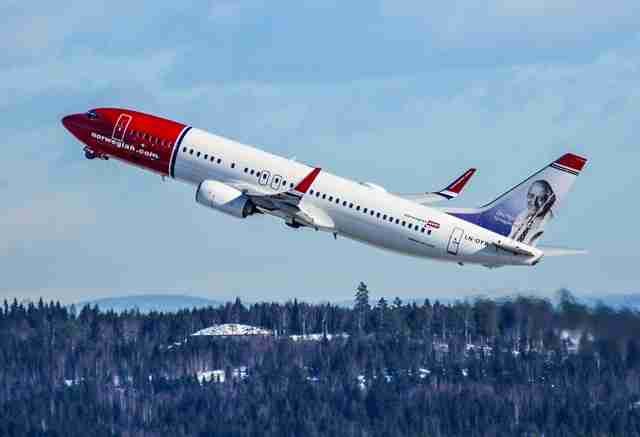 Norwegian has just announced that their long-haul operation, Norwegian Air International Limited will be based in Dublin.

The airline has given several reasons for their decision, including the favourable financial conditions afforded by Ireland’s adoption of the Cape Town Convention.  Norwegian also list the high standards of the Irish Aviation Authority as a determining factor, and reference the authorities’ February 6 response to “misguided statements in the Scandinavian media about safety.”

In their response to negative coverage in Scandinavian press, the IAA said “negative statements [in the Scandinavian media] are derogatory and are not factual.”

As evidence, they submitted ICAO’s ranking of the top ten European authorities which placed them in the third position with France at the lead and the UK second.  Even when compared with Major States Worldwide, the IAA does well on the ICAO rating, taking the number four position behind France and UK with Canada taking the lead.  Norway is not listed in the top ten, and the only Scandinavian nation to appear on the list of top ten European carriers is Sweden in the tenth position.

IAA also referenced the 2013 EUROCONTROL Performance Review Body (PRB) Annual Monitoring Report on safety which put them in the lead position among 29 European states in its measure of Effectiveness of Safety Management (EoSM). 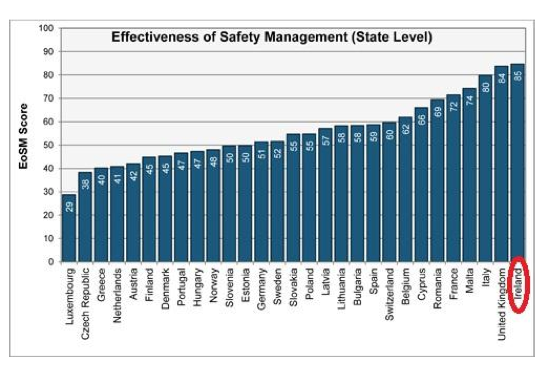 Objections in Scandinavia to Norwegian’s moves to improve their position in a manner which makes them a competitive long-haul LCC are nothing new.  In fact, this Christmas they had to contend with the cutting headline “Norwegian sacks staff a week before Christmas” published on The Local, an English-language Norwegian publication.  Reading the smaller print, the staff had not in fact been fired, merely transferred to an outsourcing employment agency for their payroll which is hardly unusual in any industry.  The general perception (and it may even be an accurate one) is that Bjorn Kjos is trying to circumvent Norwegian Labor Laws with these moves, ensuring that he can obtain the most competitive and advantageous labour rates.

An excellent report written by Contributing Editor Kerry Reals and published today on the Runway Girl Network goes into the details of the labour dispute.  The core of the argument against Norwegian’s labour policy is that they chose Ireland in order to be able to use the American and Asian crew they have contracted for their global business.

Norwegian addresses this point directly in its statement today: “The fact is that Norwegian could have based its long-haul company in any other European country and still used American and Asian crew, the way several other European airlines have been operating for years.  The only exception is Norway and partly Denmark, who so far have opted to keep outdated special rules within this area.”

Note their point that several European airlines have already had these hiring practices for years, and indeed the labour situation in aviation has changed drastically for years, since the Unions lost their battle with Frank Lorenzo.

Besides, what are we saying?  Are American and Asian crew somehow less qualified than European crew?  All crew on both Low-Cost and Traditional airlines go through the same safety protocols and training requirements, be they European or Asian or American.  There is training parity, and if there is not wage-parity then it’s not all that different from the effect of a global market on a whole host of industries.

We must remember that Norwegian is an LCC, and as such needs to find every available option to reduce its costs.  That is key to the business model.  Further, it is curious that the aviation industry, which makes global business possible (not only by making it feasible to run businesses in foreign nations but also by ensuring the prompt delivery of products and materials which facilitate global business), would be held back in its own evolution towards a global business model for their operations.

Perhaps the trouble is with the name of the airline, but despite the name Norwegian is not a flagship carrier.  Besides, what is in a name?  A profitable airline by any other name would smell as sweet.

This is all good news for Ireland, who are clearly positioning themselves as a global leader in aviation.  This January 20 the Irish Stock Exchange (ISE) announced plans to “create a dedicated exchange for aviation-related debt and other instruments.”

As Norwegian themselves point out, Ireland provides significant advantage to operators because “Ireland is also a considerable cluster for the aviation industry.”  They point out that the major leasing companies they work with also have their offices in Dublin.

With regard to their long-haul routes to-and-from the US, Norwegian say that the US DOT is processing their permit application, and state that the principle of the Open Skies Agreement would mean they receive the same rights they enjoyed as an EEC AOC.

While the story of Norwegian’s rise continues to be a riveting and controversial one, it is a very interesting case to follow, especially as we consider the evolution of LCCs in the market.

If, as they feel they should, Norwegian succeed in obtaining the permit from the US DOT, then the skies will not only be open but suddenly more affordable.  The democratisation initiated by the Peanuts will extend beyond regional and short-haul international service, to long-haul international service with significant impact.  Ryanair will surely be watching events closely.  Those long-haul aircraft they will need to reach the USA might show up on the order books sooner than we all  expect.

Recent mergers of the world’s larger carriers, industry consolidation as a whole, and the advantage traditional carriers have through the great influence of their alliances, has already put some carriers at a competitive disadvantage.  Last week Richard Branson blamed these factors for forcing his difficult decision to cancel Virgin’s Sydney-Hong Kong flights as reported by Australian Business Traveller.

This latest evolutionary step by the LCCs initiated by Norwegian may be the only thing which will ensure that passengers of limited budgets (or those who simply do not want to pay too much for airfare) will be able to visit more of the countries they’ve always wanted to see at a reasonable price.

While we consider often consider the Passenger Experience in terms of luxury and comfort, we must recognise that even traditional carriers do not provide significant advantage of comfort and service on their economy long-haul product offering.  Additional competition may be the final push traditional carriers need to differentiate their economy product, which would be a win for the largest number of international passengers.

Low-Cost Carriers may operate on a Low-Cost Model, but that does not necessarily translate into a bare-bones product.  We only need to look at recent innovations by JetBlue with their Mint service to see that Low-Cost is changing.  Norwegian have already made a nod to enhanced PaxEx features by offering free WiFi.  This week, they also became the 1000th customer for the Boeing Dreamliner Interior with its innovative mood lighting and improved overhead space.  It will be interesting to see what other services they add in future.

Even if the Peanuts did not try too hard to match the traditional carrier’s cabin product (something they might consider with great care so as not to upset their successful business model), a diversified market is a happy market.  The LCC model works to keep airlines profitable, which also works to ensure the ongoing availability of low-cost service, which in turn ensures that more people can afford to fly wherever they like.

Not every passenger will want to fly an LCC overseas, but enough will.  At least enough to keep the long-haul LCC model going.  There will be gripes and calumnies aplenty.  There will be complications, and outright dirty-dealing.  Law-suits may ensue.  It will be interesting times ahead, and passengers will win.

Passengers will win, even with crowded seating and extra charges, because even with those LCCs come out ahead in the price wars.  Maybe there won’t be lay-flat beds.  Maybe there will only be closely-packed 17” seats.  The narrowing and crowding of seating is a worry for other reasons than comfort, but Traditional Carriers seem headed in that direction too.  Perhaps, this will encourage them to “think-different” and innovate more comfortable seating arrangements.  Perhaps, passenger’s willingness to put up with the comfort-issues in exchange for cheap fares will win out.

Whatever the passenger experience of future transatlantic and transpacific LCCs looks like, the reality is that if you can’t afford to be a passenger there is no experience.  Giving everyone a chance to see the world, regardless of how limited their budget, benefits not only aviation but all travel and tourism.  Let’s remember that many of the larger economies are increasingly becoming service-economies, to a large extent dependent on travel and tourism for revenue.  When you consider all these market realities, and you do the maths, the Peanuts become very appetising.