The new Android app will allow users to perform flight searches for all member carriers, track the status of any Star Alliance member flight, and get updated airport information, including weather conditions and City Guides.  A special Lounge-Finder application will give users information on the location and details of Star Alliance Lounges worldwide.  An “Explore” feature will allow users to “find all the information on how far your travels on Star Alliance can take you.”  Users will also to learn details on the individual members of the Alliance such as contact number, basic facts, see related images and watch videos.

If you have an Android device and want to download the app right away, you can do so here. 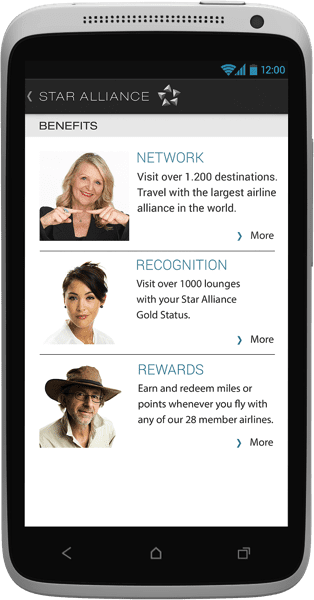 It’s clear that airlines recognise trending passenger needs to better control their travel experience by keeping the facts in the palm of their hands, and we’ll see more and improved apps coming our way from all areas of the travel sector.

Virgin has announced an in-flight social network app which will allow passengers to track and meet up with friends and colleagues at the airport and on the aircraft, including the ability to text back and forth to stay in touch during the flight.  It raises the question whether one would want friends and colleagues to be so aware of one’s activities, and whether inflight trolling will be the new issue for us to contend with in future, but there’s no standing in the way of progress.

The introduction of the Virgin Social App is the next step up from KLM’s own Meet and Seat introduced in 2012, which has had some limited adoption rates.

Virgin also introduced their Google Glass scheme for Concierge services in the Upper Class Wing of Heathrow, another move which proves that Virgin is unafraid to keep up with trends and try something different to promote their brand. 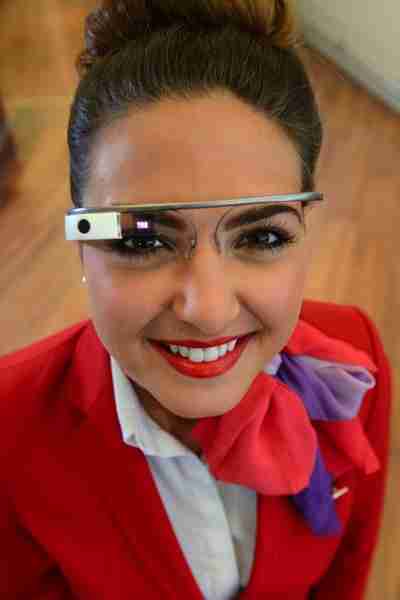 If you remember, we discussed how Google Glass, and technologies to follow, will influence our industry in Profits Ain’t Peanuts: The Seeds of Tomorrow back in January.  As I wrote in that post, technology has already impacted how we behave in public, how we interact with each other, and will continue to do so.  It follows for forward-thinking airlines to keep up with these trends, if for no other reason than marketing.

The reality is that many of these apps, the devices they run on, and other gadgets out there (like Google glass) will probably be replaced soon by niftier things.  We’ll have to catch up with those again.

One of the greatest advantages of these initiatives for aviation, is that they constitute a tiny investment and yield results.  The cost of creating an app is negligible compared to other expenses for airlines, yet the PR value is significant.

Will all these apps endure?  I doubt it.  I’m not even sure whether all these apps will be useful day-to-day.  Even if we rush to download them, as we do with so many free apps, they may ultimately just clutter our device screens and be removed.  It doesn’t matter.  It’s smart brand management to keep innovating in this area.  With competition tight, anything airlines do to grab the attention of potential customers is good.

That said, airlines should not be too contented with these initiatives alone.  Consumers are savvy and critical enough to realise that this is all so much hype.  Technology makes aviation look like the proverbial tortoise, except the hare wins in today’s revised fable.  A three year gap between an iOS app and an Android app seems..out of step.

Backing tech initiatives up, with a solid onboard product would be better.  Working to bring all the elements of the passenger experience up to date with the digital age, not just with gadgets and software but in our own hardware and services, would be best.