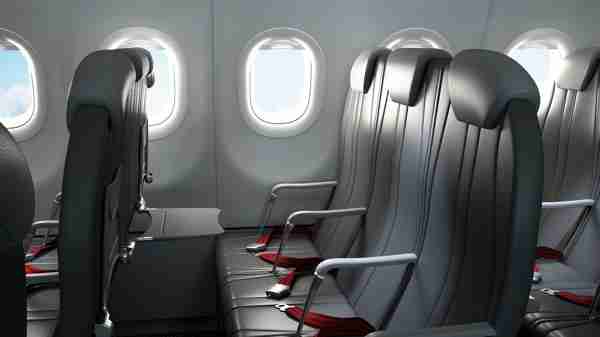 In an exclusive interview as he helped his team build their stand at the Aircraft Interiors Expo, Executive Director of Expliseat Jean-Charles Samuelain revealed that the first aircraft equipped with their revolutionary 4 Kilo seat will fly this summer, onboard the 220 passenger A321 fleet of Air Méditerranée.

Though this first customer order is for a total of seven aircraft, it is the validation Expliseat needed for its hard work, creativity, and resourcefulness.  Samuelain also confirmed that other customers in Europe, North America and Southeast Asia are closely reviewing the seat and he expects to report additional orders very soon.

The seat received its EASA Certification Approval in June of 2013, and production began this January.

The Expliseat is a lightweight, in everything but dogged determination.  Entering the aviation seat market place is tough not only because of the strong hold of the major manufacturers but also because of the gruelling set of trials seat structures must undergo for certification.  Some have said that industry regulations stifle innovation, but Expliseat is proof that the only thing which can stifle true innovation is lack of commitment to a project.

The engineering team at Expliseat have combined composites, and carbon fibre, with a Titanium alloy to produce a seat which, after cushions dress out with ultralight leather, still comes in at half the weight of other light seat models.

The charming and soft-spoken Samuelain, graduate of Ecole Ponst the ParisTech in economics and engineering, with an MBA from the Collége des Ingenieurs is joined by Benjamin Saada, President an engineering graduate of the prestigious Ecole des Mines de Paris and Vincent Tejedor, Technical Director graduate of Ecole Normale Supérieure (ENS Ulm) and the “Corps des Mines.”