Travelling with infants or children on board?  Then you are entirely responsible for their safety.  Few airlines make any provisions to help you mind their well being.  It’s not their job.  They’re your children, not theirs.  Here’s a countdown of the top three good reasons why:

If you’re a parent, you know this already.  Having to buy pricey security devices, like car seats, is a real burden.  After all, can’t you remember how we used to travel in our parents’ car without so much as a seatbelt?  Of course you do!  And what happened, huh?  Nothing.  We grew up just fine.  OK, some of us may have suffered a concussion and a broken nose when flying over the dashboard and out the car window (which might explain our general writing style and view of the world).  But hey, some of us were lucky.  It could have been far worse.

Anyway, we’re not talking cars here.  Airplanes are safe.  Really, really safe.  Sure, there’s turbulence and the occasional ditching or taxi overrun or…well, stuff happens.  Not very often.  So why should airlines have to buy all these belt gadgets and special seats and bassinets for the bulkhead?   That’s expensive stuff!  Like almost as much as a whole meal for two at a fancy restaurant!!

2.  The regulators haven’t told airlines they have to.

Listen, if the first didn’t convince you, this one surely will.  Regulators think about these things.  They evaluate safety matters every day.  They haven’t mandated airlines to do it, so there has to be a good reason.  It should prove that this is really not a risk or worth the expense.  (See point above).  Sure, Deborah Hersman told the NTSB in her goodbye speech that not addressing the safety needs of children on board was one of her greatest regrets, and that regulators should really make this a priority.  But heck.  She’s not there anymore so the industry can go back to business as usual, ignoring this issue as they have for decades.

1. You’re willing to pay airlines to do nothing about it.

Still say you’re not convinced?  Well, you must be.

Some airlines get to charge you up to ten percent of the airfare to keep your baby on your lap.  Most charge a good chuck of regular airfare (around 75%) to put a child on a seat (which was not designed to hold a small person) without so much as a properly designed seat belt.

But you keep buying those tickets, and making your own provisions to protect them, so what’s the issue here?

Besides, as point 3 clearly indicates, those things are expensive!  Some are like up to one whole night at a Hilton expensive!

Mind you, there are some trouble-makers in the industry trying to get airlines to put this (and other safety issues everyone would rather not talk about) on the agenda.

I’m unafraid to expose them here.  You can find those contrarians meeting at the IATA Cabin Operations Safety Conference in Madrid next week.  I’m even going to go there, infiltrate the group, and tell on them.  You just watch me!

So, to recap: It’s expensive, they don’t have to, and you haven’t made a fuss.

Yep, those reasons are enough.  Besides, they’re YOUR kids.

Featured Image courtesy KidsFly Safe, who keep kicking up a fuss about this. 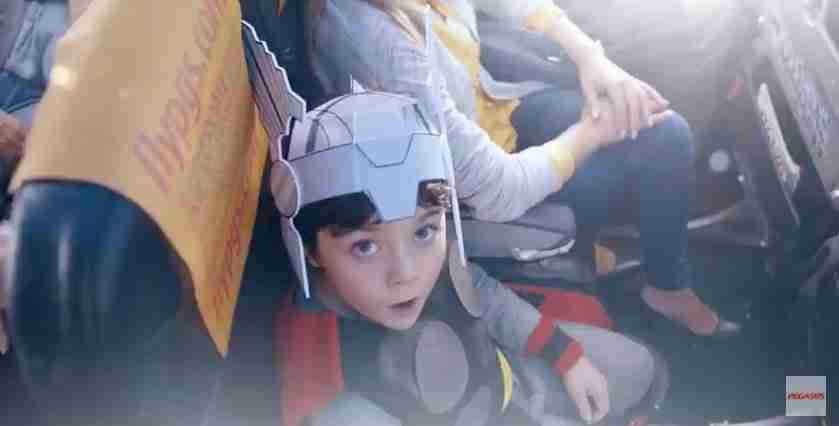 8 thoughts on “Three Good Reasons Why Airlines Don’t Have to Care What Happens to Your Children.”