Skip to Content
Home Airlines The Competitive Edge The Peanut Wars The Norwegian Air Saga Continues: New Route Between Copenhagen and Bangkok Is Only Small Piece of the Big Puzzle

Marisa Garcia 1 Comment on The Norwegian Air Saga Continues: New Route Between Copenhagen and Bangkok Is Only Small Piece of the Big Puzzle

Norwegian Air Shuttle ASA, the Oslo-based Low-Cost Carrier has announced that it will launch a new route between Copenhagen and Bangkok, as part of the airline’s global strategy. 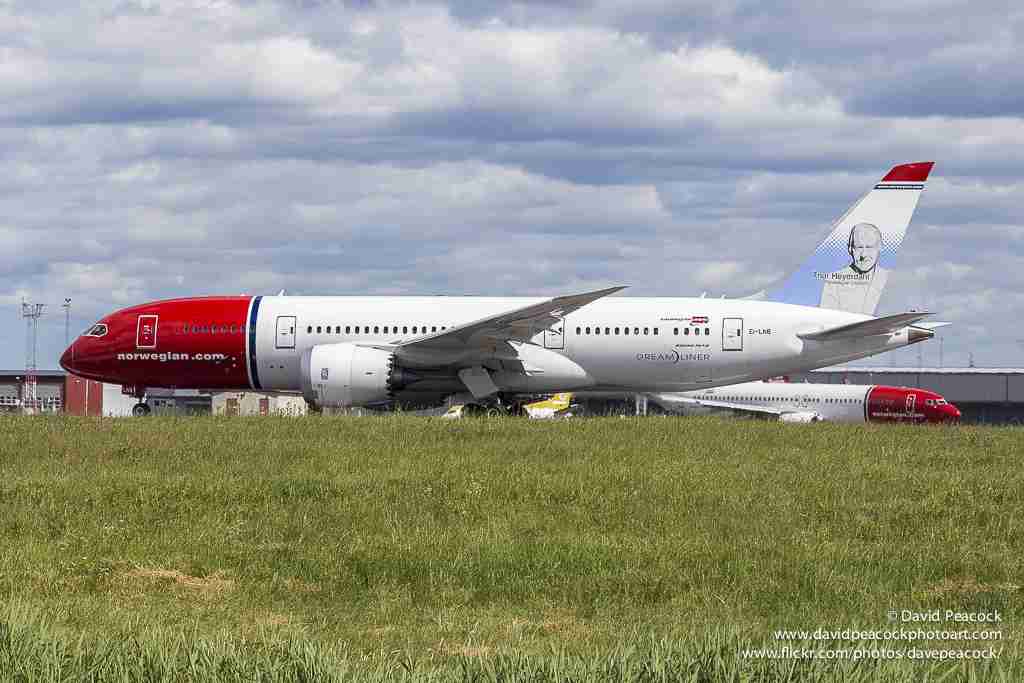 While Norwegian’s polemic attempts to penetrate the Trans-Atlantic Long-Haul market continue, Norwegian Air Shuttle has not lost its focus on popular East-Bound destinations.  As I reported on Skift, Norwegian recently told the Irish Times that it’s “considering launching a Dublin to Bangkok service next year,” operated by its Ireland-registered subsidiary Norwegian Air International (NAI), which would be the first direct service to the popular vacation destination by an Irish carrier.

This week, Norwegian reported that it had carried more than 2.3 million passengers in June, a 21% increase year-to-year from 2013, with a load factor of 82.5 percent.

“I’m pleased that we keep increasing the load factors even with major capacity growth,” said Norwegian’s CEO Bjørn Kjos.  “This proves that our offer of quality flights at affordable fares is welcomed by the customers. We continue to attract new customers in markets outside Scandinavia, in line with our international strategy.”

The launch of new Bangkok routes are not an indicator that Norwegian is giving up on its big push for flights to the US, despite the ardent opposition to their entry in this market.

The airline just began service between the US cities of Los Angeles/New York/Fort Lauderdale and London Gatwick as part of its expanded service out of the UK.  Norwegian claimed, at the time of its announcement of these inaugural flights, that most of the 291 seats on the 787 Dreamliner flying these new routes were already sold.

Kjos misses no opportunity to make his Open Skies arguments, to ease the airline’s expansion, saying:

“We are very happy with the response to our service in the UK market with several fully booked flights in the coming months. We believe this proves that an airline offering quality flights at a low fare has been long awaited.”

And, if anyone missed his characteristic full-on challenge of competitors and detractors, he also said:

“The travelling public deserves affordable fares and flexible tickets across the Atlantic. The transatlantic market has for too long been dominated by a few large airlines offering unreasonably high fares and restricted ticket flexibility.”

But these words have not been enough to persuade regulators yet, despite the force with which they are spoken.

The airline even suspended talks on its Dreamliner purchases this April, trying to get the attention of the USDOT, but Kjos has not followed-through on threats made at the time, that the Dreamliners orders would not be placed and that it would back out of plans to set up its long-haul routes as an Irish carrier.

Dialogue on the Hill goes back and forth on the Norwegian predicament with enough frequency to give followers of the situation whip-lash.

Most recently, Ray LaHood, former secretary of the USDOT, added his voice to the opposition on The Hill, to which Norwegian responded on openourskies.com with a statement on FOX News from TravelPulse.com CEO Mark Murphy on how “Congress [is] trying to block Norwegian low-cost flights in U.S.”

And Kjos is never afraid to speak for himself, with his most recent appearance on CNBC stating “US airlines [are] ‘afraid of competition.'”

And, despite LaHood’s article on The Hill there is no consensus on the site for or against.  It just goes back and forth, with strong statements and harsh accusations from both sides.  The words written on the Norwegian Air Shuttle debate have already put the Prose Edda to shame, made Himskringla look like a memo on power-struggles, provided more wild entertainment than Egil’s Saga, and turned Beowulf into an anecdote of a quiet Sunday afternoon.

So far, the only ones truly benefiting are the lobbyists on both sides, and The Hill itself, which posts many of these articles as advertisements.

Kjos is in for a fight, and he’s ready to fight.  The stakes are high.  It is not so much that Norwegian itself would take a significant chunk of US carriers’ over-seas business, but that granting this permit to Norwegian is opening the floodgates–the very gates of hell–some pundits against might say.

And why so much acrimony?  To some degree, it is the fault of Southwest.  When Rollin King and Herb Kelleher came up with the bright idea to offer competitive airfares out of Texas, they were in for a fight. Despite the opposition, though, and legal action which ensued, and despite the limitations of the Wright Amendment, Southwest took off and Southwest thrived.  Southwest inspired all this–as the Peanut of all Peanuts.

Regardless of the delays and harsh words and opposition, the skies are going LCC in all parts of the world, and some traditional carriers are already (finally) reconsidering their business models and wondering whether the Peanuts might not actually be on to something.

This will be the true threat, not litigation, but real competition.  The trouble for the traditional airlines is re-branding.  That is an easy goal to aspire to, but not so simple to carry out.  Air France KLM seem to have found a way to work around this dilemma.  While I’ve written about it briefly before, I’ll be writing at length about this topic in future.

For its part, Norwegian isn’t waiting for this to all play out, and it isn’t backing off from the fight.  While debate continues, so do its long-haul flights.

Bangkok was the world's most visited city in 2013, acc to data from @mastercard, first time an Asian city topped it. pic.twitter.com/MFvgKxdsrQ

Though Norwegian’s inflight product is designed to be attractive to Business Travellers as well as leisure travellers, Kjos has asserted that he sees the biggest future for Norwegian in giving the long-haul leisure travel market a Low-Cost option.  And with good reason:

Business travel is only 13.3% of all European travel, majority is leisure + visiting friends & relatives. Eurostat. pic.twitter.com/9BRfcWeNTs

The network Norwegian has established both short-haul and long-haul cover the needs of the biggest leisure travel markets in Europe:

Note that from its very popular bases in Madrid, Barcelona, Alicante, Malaga, Las Palmas and Tenerife, Norwegian offers connections to its strong Northern to cities which then become bridges for International destinations.  From its recently-opened base in Madrid (June 2014), for example, Norwegian services Copenhagen, Norway, Sweden, Finland, England, US and Thailand.

In all, the LCC takes more than 20 million passengers fly per year. Norwegian across Europe into North Africa and the Middle East, as well as long-haul flights to the US and Southeast Asia on a total of 416 routes to 126 destinations.  All of them cherry-picked for the greatest advantage.

The new Copenhagen-Bangkok non-stop flights will be twice-weekly starting 30th October, with tickets already up for sale.  Norwegian already has direct flights between Bangkok and Oslo and Stockholm.  And we’re all waiting to see what comes next.