Airbus has made a big issue about wide seating proposing an 18-inch standard for the industry at large in long-haul service.

Such a standard would not fit certain aircraft configurations, even some of Airbus’ aircraft, when airlines demand greater seat density in economy with six-abreast configurations–17-inch seats result.

When I’ve written before about this 18-inch standard proposal, I’ve pointed out that Airbus calling for an industry standard is more market posturing than any expectation that such a standard would take effect.

After all, in aviation, a “standard” is a regulation.  With very few exceptions, we don’t govern ourselves by suggested processes, but mandated processes.  The mandates are essential to make sure that airlines and manufacturers comply.  Even regulators make suggestions (as through the InFO documents issued by the FAA which I often report about on Flight Chic) these suggestions show the thinking of regulators on certain matters, and can herald regulations to come.  Airlines, operators, manufacturers and other regulators recognise these suggestions for what they are.  They may slowly adopt changes suggested, without waiting for a rule to come through.

But standards proposed by a manufacturer carry no such weight.

Despite this, Airbus has stuck to its guns on the 18-inch proposal, even when it has to concede that clients ultimately make this decision.  The manufacturer’s baseline proposals consistently push for an 18-inch seat.

A recent announcement from Airbus on the A320neo demonstrates that Airbus is willing to promote this standard on short-haul aircraft too–and that it’s working to meet this standard, even when conceding that certain airlines need for greater seat density.  But what’s behind this?

To ensure its A320neo and A321 aircraft are competitive and attractive option to airlines, who might otherwise consider a 737-800, Airbus has increased the seat capacity on both these aircraft, but provided options on both which would accommodate 18-inch seats.

This May, I reported on the Runway Girl Network, about Airbus’ options to increase the density of passenger seating on the A320 to seat an extra nine passengers (up to 189 from a standard 180 seats onboard).  While details of how this would play out were still to be confirmed when I wrote that article, Airbus’ has recently confirmed that the configuration will be as presented in that May article.

But, despite giving-in to demand for greater density requirements by airlines by reducing the pitch and even moving the location of bathrooms and galleys and emergency doors to fit these extra seats, Airbus is sticking to its guns on the 18″ standard on the A320 and A321.

“We are supporting the higher seat count with intelligent means to give living space to passengers,” said Klaus Roewe, Airbus’ Senior Vice President – A320neo Programme. “These new A320 Family configurations do not compromise on comfort, as they retain the Airbus standard of 18-inch wide seats in economy.”

This move is possible as a result of Airbus’ cabin interior width–which can fit six-abreast 18-inch seats with a 19-inch aisle.  (With a 25″ aisle, the seat width is reduced to 17-inch with six abreast.)

On the A321neo, Airbus has made space for more 18-inch seats by reducing seat pitch and adding using the same advantageous slim-line seats which allow for a tighter seat pitch while generating a feeling of more leg room.  Three manufacturers I’ve written about on Flight Chic, Acro, Expliseat and Recaro provide such seats–and having sat on them at the Aircraft Interiors Expo I must say they are reasonably comfortable for short-haul flights.

These three manufacturers are not alone, the big players at Zodiac Aerospace also have revealed some innovative slimline seating options, though some of these have been topical by their proposed extreme reduction of elements which contribute to passenger comfort.  The reality is that none of these extreme measures from Zodiac required to achieve the goal of fitting the proposed number of passengers on these planes.  Zodiac’s existing Dragonfly seat could meet the requirements, as could B/E Aerospace’s very popular Pinnacle.

Manufacturers understand that while the drive is to fit more passengers onboard and that passengers don’t really want to stand up in a cabin or sit on a hammock chair.  While Zodiac, for its own reasons, made a big push on some extreme concepts of seating, the other manufacturers presented a more realistic middle-ground approach.  As I’ve said, Zodiac has the Dragonfly–which is most likely to fly.

Incorporating these improved slim-line seats, regardless of the manufacturer, is no particular advantage to Airbus.  These seat manufacturers would also supply Boeing aircraft, if an airline selected them.  Some have the advantage of being line-fitted catalogue options at Airbus and others do not.  That makes far less difference than many might think when it comes to seating.  Airlines will pick the seats which best suit their needs and, if necessary,  get them installed as BFE (Buyer-furnished equipment).  This happens often with cabin seating at both Airbus and Boeing.

A good gauge of where all of this is headed is to look at Acro.  As an independent manufacturer not-quite-yet (though soon) included in the catalogues, Acro has effectively managed tobalance between what the airlines want, what the aircraft manufacturers want and what passengers want.  They offer inexpensive, lightweight, easy-to-maintain seats in whatever width an airline chooses and with as many bells and whistles an airline chooses to put on them.  Acro has done an exceptional job at this.

As a free-radical, Acro is the sort of competition which makes more established manufacturers take notice and rethink their strategies.  Expliseat, too, has maintained a relatively high level of comfort on its extremely lightweight seat.  The success of these two independents will do wonders to keep trends at a more acceptable level (let’s say a less scary one) to passengers.

Increased aircraft density will continue to be a priority for airline customers large enough to get aircraft manufacturers thinking of how to fit more seats onboard, and both Airbus and Boeing will respond accordingly.

Today at Farnborough, Boeing announced that it will offer a 200-seat version of the 737-8 Max, using 29-inch pitch and adding an exit.  This allows Boeing to satisfy Michael O’Leary’s (Ryanair’s) repeated requests to increase the seats on this aircraft to 199, with one extra seat for good measure.  No orders are yet confirmed from Ryanair, but it is doubtful that Boeing would have gone through all this trouble without expectation of orders.

While Airbus continues to stick to its guns on the 18-inch standard, airlines do not feel the seat-width standard alone is a sufficient selling point.

It’s not because airlines want to give their customers narrower seats as part of an industry-wide conspiracy to keep passengers unhappy.  There are factors of the overall-performance and economic advantage of each aircraft to consider.

Even when it comes to space, while the attention is drawn to the 18-inch width of the six-abreast seating, it is easy to overlook the 19-inch aisle which results.  This is a tighter-squeeze for boarding–a factor which can influence the airline’s on-time performance.

If seating ever did become such an important factor of airline-customers’ decision-making, the industry as a whole would respond to meet that new demand.

There are other factors at play here which are worth considering, regardless of what passengers will pay for—questions on evacuation, for example.  But higher-density 18-inch seats don’t address those concerns any better than slightly narrower alternatives in the market do.

Still, it is the obligation of any good manufacturer to market the strengths of its product, whatever they may be.  It is logical for Airbus to point to the 18-inch seat option as a strength, and to continue doing so.

It is also logical for Boeing to bet on whatever seat-density strategy satisfies the needs of their largest 737-8 aircraft customer. 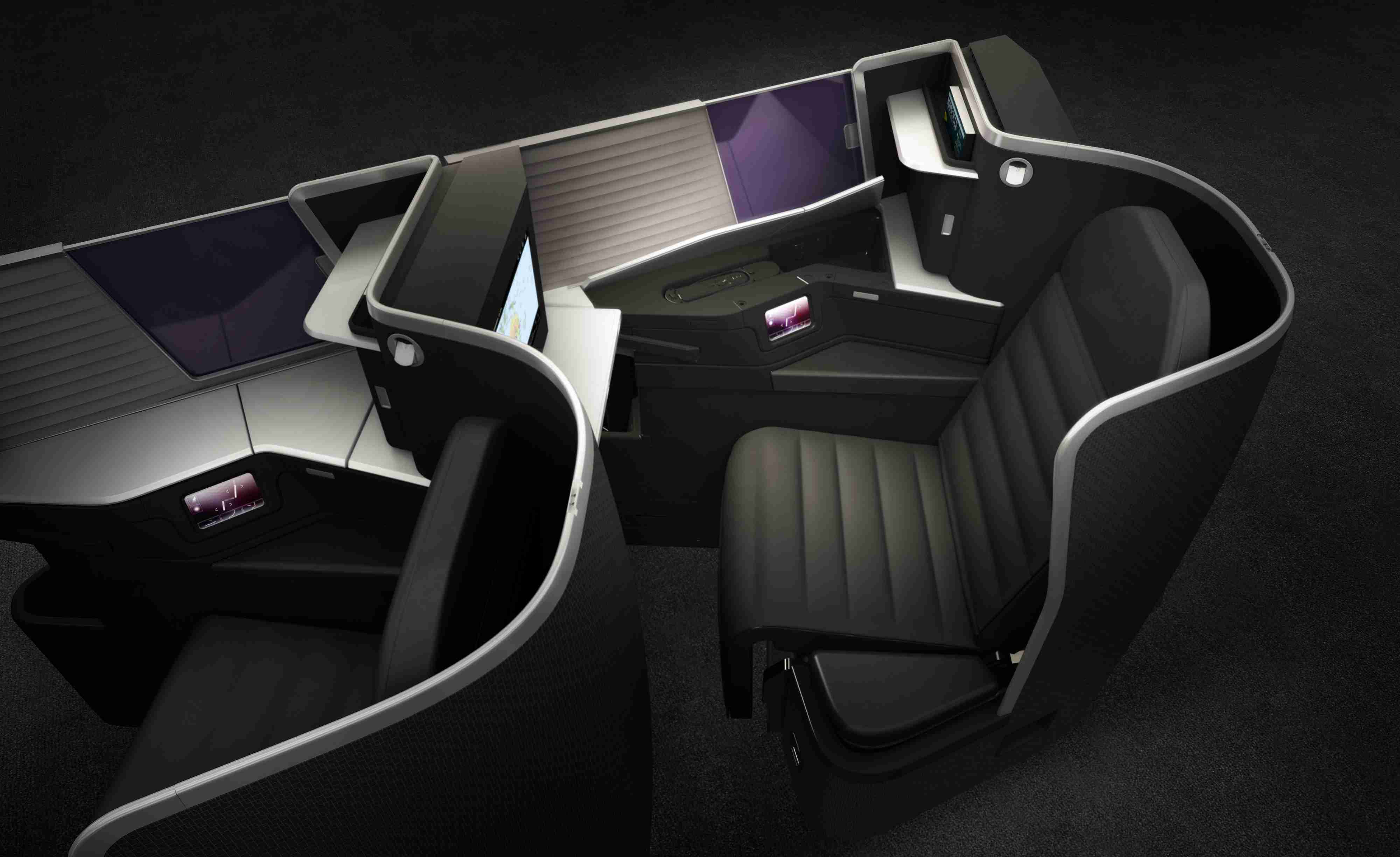 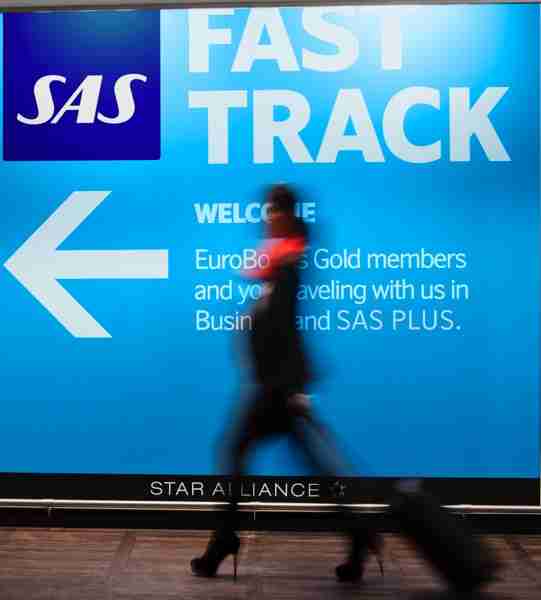 1 thought on “Airbus Continues to Walk A Wide Line on Seating, and Boeing Takes The Fast Road to the Front”