At the Farnborough Airshow, Boeing has announced the features of its 777X cabin which the aircraft manufacturer says will further enhance the passenger experience onboard the aircraft.  Boeing placed emphasis on generating a feeling of spaciousness, a claim Airbus also makes for its new generation interiors cabins.

“With key development ahead, the 777X will incorporate state-of-the art interior design and technologies,” said Dennis Eng, director, 777X Interiors. “The 777X will redefine the total passenger experience. All of the interior features we are exploring and designing into the new airplane are working together as a package to create an exciting new passenger experience.”

Boeing claims to build on the interior of the existing 777 and apply 787 Dreamliner cabin innovations on the 777X providing greater comfort for passengers and “enhanced flexibility for airlines.”

“Boeing has always been committed to exploration and research that leads to the right innovations needed to deliver a superior passenger experience. That commitment has established Boeing as the industry leader in interiors and will extend to the 777X,” said Bob Feldmann, vice president and general manager, 777X Program. “We’re already getting very positive feedback from our customers about the 777X’s design concepts, and we think passengers’ preference for the 777-300ER and 787 will continue with the 777X.”

The 777X interior will feature:

At the very least, the cabin rendering looks very space-aged chic compared to more mundane presentations we’ve seen of cabins for new generation aircraft. Very attractive!  I hope this design-thinking will make it from the drawing board to the clouds.

Boeing also teased industry watchers with developments behind the scenes stating that it “is continuing to explore new ways to create a better flying experience.”  We’re all eager to learn what those new features will be and hope that some will be revealed by the Aircraft Interiors Expo Americas in October. 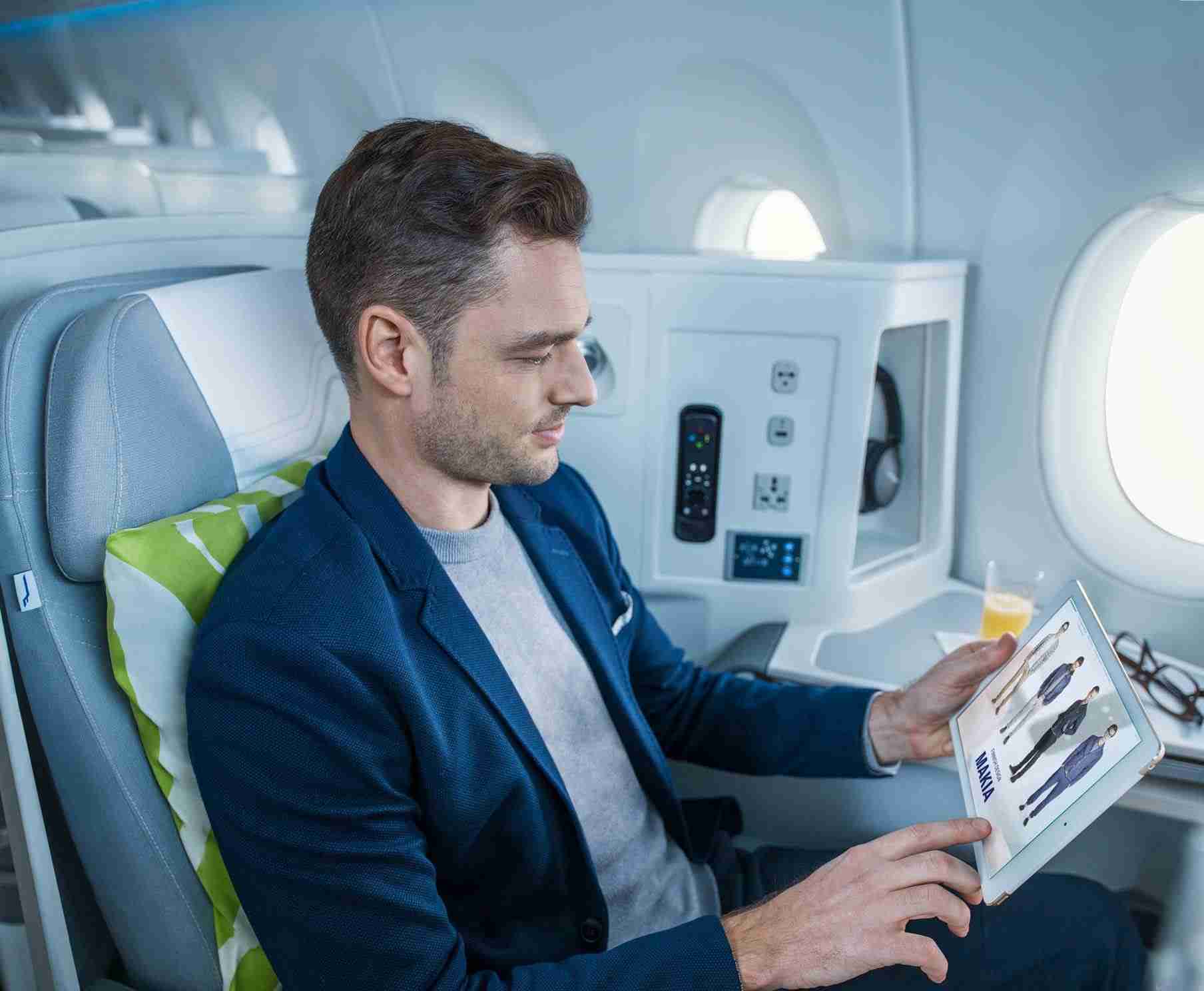