Severe injuries to twenty-two passengers and crew onboard a Singapore Airlines Flight SQ424 from Singapore to Mumbai raises questions on the adequacy of landing procedures.

The flight with 408 passengers and 25 crew onboard encountered sudden turbulence on the descent.  In all, eight passengers and 14 crew were injured and treated by a medical emergency crew at Terminal 2 of Mumbai Airport.  Ten of the injured crew had to be hospitalised, but all have been discharged, according to statements from SIA to the press.

Boh Tong, a SIA Cabin Crew of 35 years who maintains a blog about crew life and has authored a book about his experiences as a flight attendant called “Fasten Your Seat Belts,” shared photos of the damage to the plane on his blog and with the media. 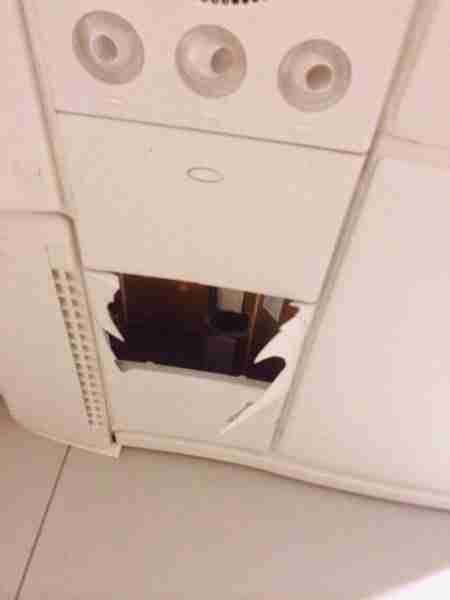 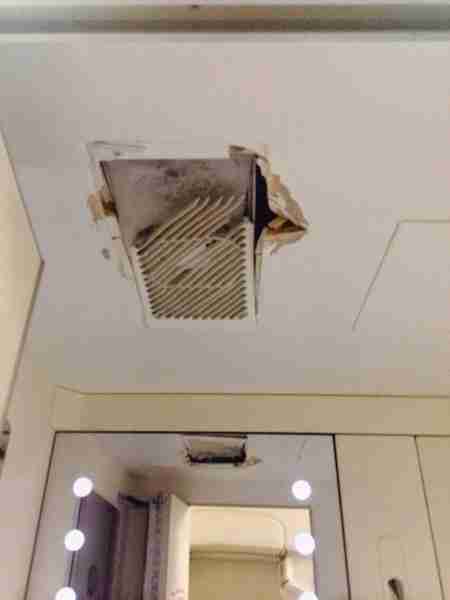 These pictures illustrate the force with which the turbulence tossed these passengers and crew about the cabin.  While a procedure as simple as adhering to the seat belt requirements might have protected the injured passengers, the low percentage of passenger injuries shows that most passengers adhered to the fasten seatbelt call for landing.

By contrast, the percentage of crew injured on this flight is shockingly high.  More than half of the crew injured in such an event points to lax crew landing procedures.  Whether that inadequacy is attributable to crew apathy regarding the risks of wake-turbulence, or to an excess of cabin duties remaining before landing is unclear.  This question should form a key part of the investigation launched for the incident, which SIA has stated it will fully support.

We have discussed the seriousness and unpredictability of wake turbulence on Flight Chic before; that the dynamics of this turbulence can make it “invisible” to pilots during the critical phases of flight (take-off and landing).  IATA has previously emphasised that flight crew must focus on self-preservation during risks of turbulence, and has published a detailed guidance document.

“Flight attendants are at the greatest risk of injury because they often continue working after the seat-belt sign is illuminated unless advised by the flight crew to discontinue cabin service; nevertheless, flight attendants sometimes are delayed in being seated because they are securing equipment  and, depending on each airline’s procedures, may be confirming that passengers have fastened seat belts.”

The report also quotes figures from an analysis of NTSB data on 131 turbulence accidents (among US carriers alone) from 1983-1999. Those figures revealed that, while flight attendants represented about 4% of the total number of cabin occupants, this crew experienced about 52% of serious or fatal injuries caused by turbulence.

A fact sheet printed this March by the FAA reveals that the proportion of total crew injuries remains high.

For now, the only true protection from this unexpected “invisible” turbulence is to make sure that both passengers and crew are properly seated, and their seat belts fastened, during these critical phases of flight.  Passengers can and should keep their seat belts fastened while seated, throughout the flight.  Appropriate protection for crew depends on each airline’s policies on when in-flight services should start and stop, giving adequate time for crew to sit and secure their harnesses during phases of flight when turbulence is more likely.

I feel I must add that infants and small children have the least control of any cabin occupants.  These smallest of passengers are often expected to be carried as lap-children, making them more vulnerable during incidents.  The protections for infants and small children are grossly inadequate in commercial aviation, something which not even the highest ranks of the National Transportation Safety Board have been able to resolve.  This is also a matter of great concern which requires industry commitment and action by groups representing parents who travel with children, to resolve.