Since 1983, Finnair has capitalised on its Lapland connections to woo Mr. Ho-Ho-Ho.  This year, two Finnair Airbus 321 Sharklet aircraft will fly special Christmas livery in honour of its special relationship with the Big Man In Red. 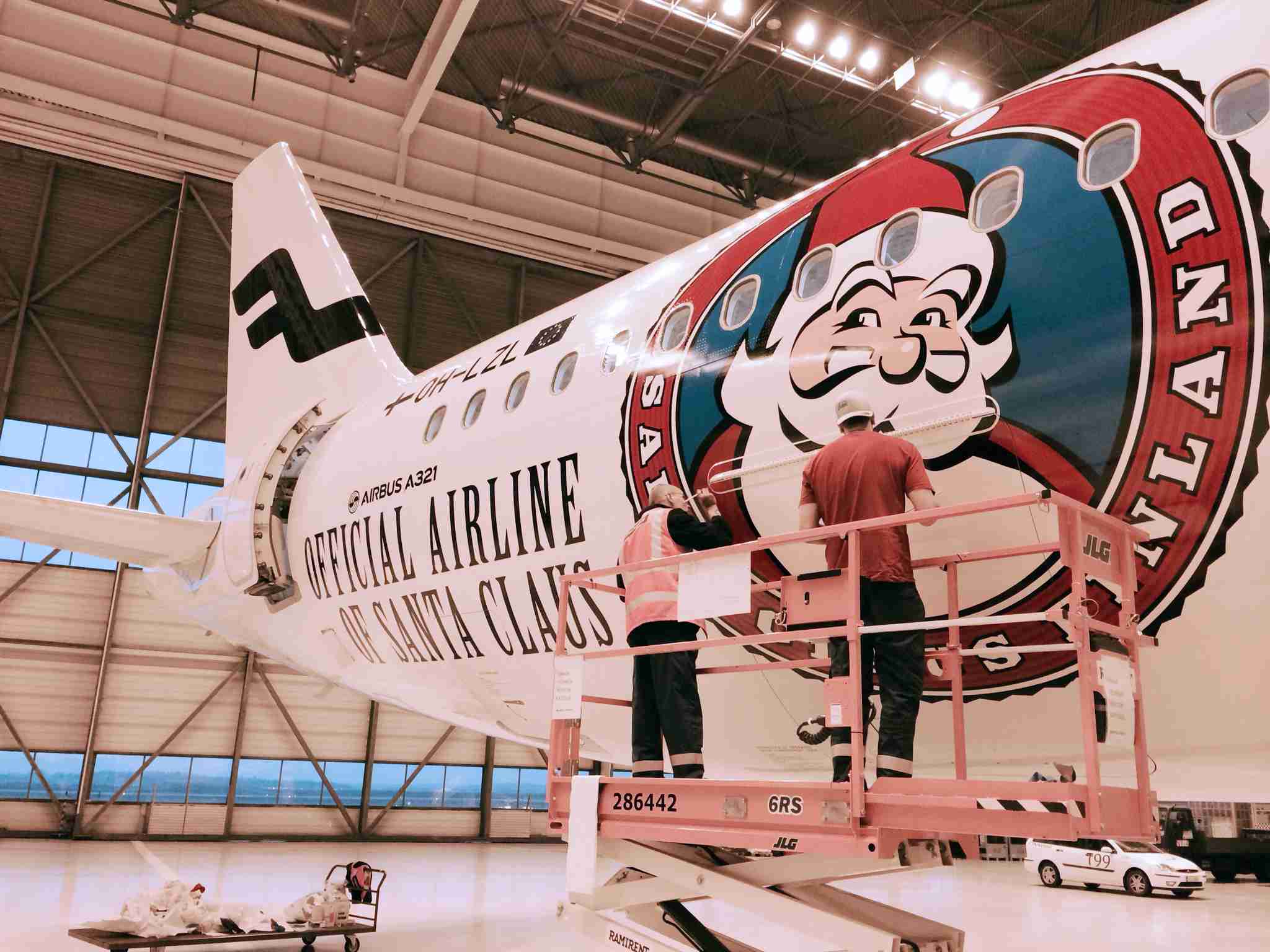 The official airline partner of the Santa Claus Foundation, plans to take the Jolly Fellow around the world, with a tour to China, Japan and Korea, along with several European destinations.

“Santa Claus is a tremendously important element of Finland’s image in Asia as well as Europe, and Finnair is pleased to support this as the Official Airline of Santa Claus. Additional flights to Lapland give Finnish and international passengers the opportunity to experience Finnish Lapland as a Christmassy and wintry destination,” says Jarkko Konttinen, Vice President, Marketing & Product at Finnair.

The airline has increased its flight frequency to Santa-land (Lapland), particularly from Helsinki, Ivalo and Rovianiemi, where Santa Claus–the original multi-tasker–is available for autographs in his original Lapland home on the Arctic Circle.

Santa is also featured in a special Finnair Christmas video about “the big secret of Christmas,” directed by Finnish writer and director Jamari Helander and featuring the Man with the Snow-White Beard.  It’s a behind-the-scenes sneak-peek of how the Jolly Top-Boss of Toy-Making Elves works the logistics of his global enterprise.

Business class passengers will also get a special holiday treat from Finnair, with a special Christmas menu by chef Pekka Terävä.  It includes the traditional menu of rainbow trout gravlax, with poached duck and roasted cod and a choice of mains.  There will be mulled wine and gingerbread cookies as an extra treat.

Kudos to Finnair for flying The Cheermeister!