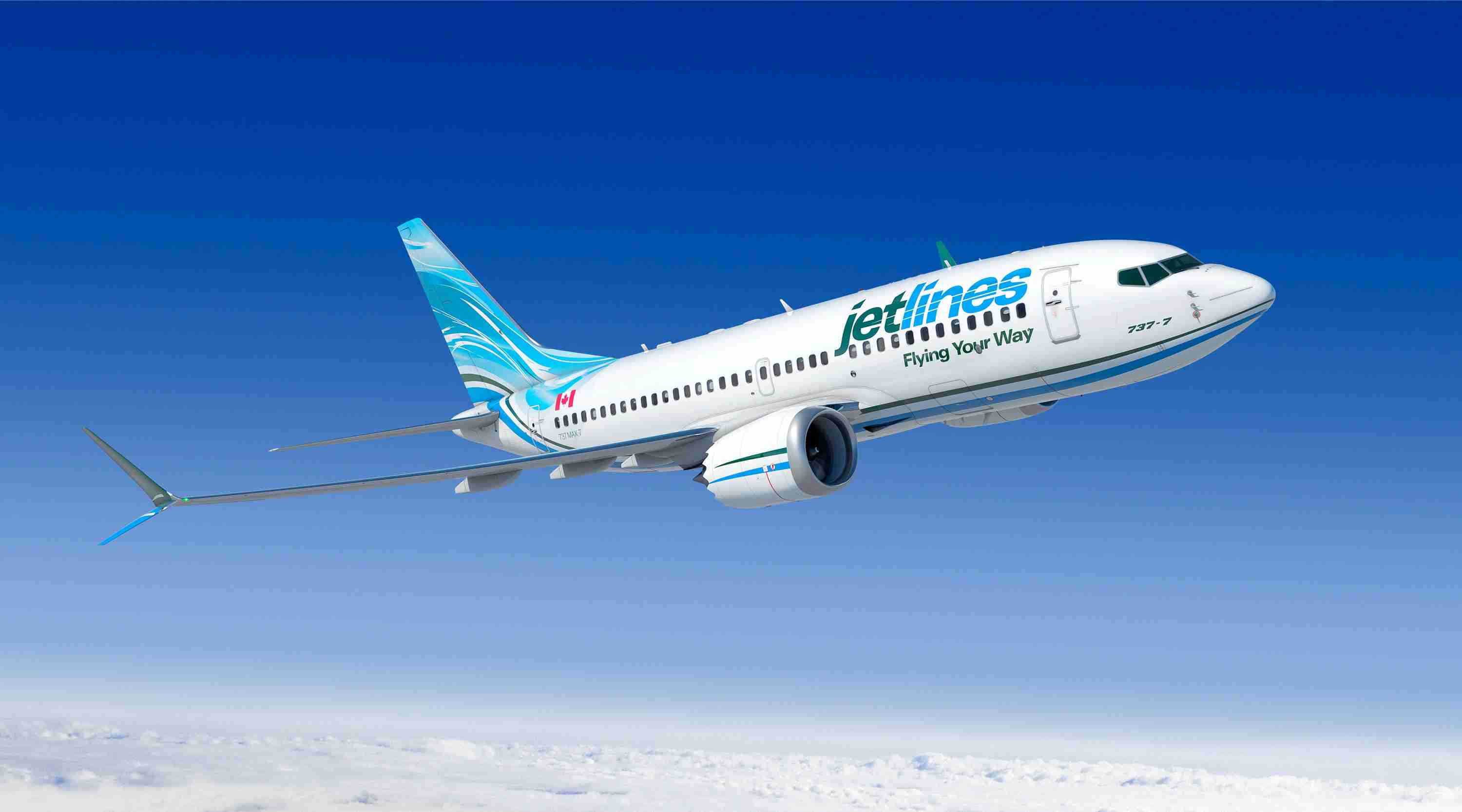 Jetlines, the new Canadian Ultra-Low Cost airline, headquartered in Vancouver, British Columbia, has announced an order for five 737 MAX 7s which will form the basis for its future fleet.  The order, valued at $438 million, includes purchase rights for 16 additional 737 MAXs and conversion rights to the 737-8 MAX aircraft, according announcements from Boeing and the airline.

Jetlines plans to launch in mid-2015, from a base at Vancouver International Airport (YVR).  The airline states that it will fly select routes which avoid direct competition with existing airlines, with point-to-point service, using non-major airports “where possible.”  It intends to offer lower fares than “major existing carriers”, relying on the sale of ancillary products and services onboard for revenue.

Jim Scott, CEO of Jetlines, an aviation consultant with over 25 years of aviation experience in North America, Europe and Asia, and himself a pilot, said of the order: “This agreement with Boeing is a major milestone for Jetlines.  We are thrilled to be partnering with Boeing and look forward to introducing the 737 MAX 7 into our fleet.”

Brad McMullen, vice president of North America Sales, Boeing Commercial Airplanes said: “Boeing is proud to partner with Jetlines as it begins a journey to offer low airfares to passengers across Canada. The 737 MAX 7 is perfectly suited to the airline’s needs, and we appreciate the confidence Jetlines has in the airplane.”