Etihad’s “Reimagined” A380 Prepares for Take-Off

Etihad Airways, Abu Dhabi, has announced the last details of its long-awaited flight to London of its newly redesigned A380.

Flight EY11 is one of three daily flights to London and departs at 2:35 am from Abu Dhabi to land at 6:35 am at Heathrow.

Guests will receive a commemorative A380 certificate, passport holders and luggage tags, and will also get complimentary Wi-Fi access which will allow them to take part in social media activities the airline will coordinate during the flight. Etihad has not yet announced whether there will be a dedicated hashtag for this campaign, but the hashtag for activities surrounding its large-scale makeover is #Reimagined.

“The response from air travellers to our new A380, particularly The Residence by Etihad™ penthouse suite, has been incredible and we’re delighted to introduce the aircraft into commercial service,” said James Hogan, President and CEO of Etihad Airways. “This last week has seen the successful final testing and preparations for the inaugural historic flight to London Heathrow and we look forward to welcoming guests onto the A380 aircraft at Abu Dhabi Airport.”

As I reported this week on Skift, the first passenger who will ride in The Residence three bedroom suite is luxury AvGeek par excellence Gino Bertuccio of Miami  who has made a habit of taking such flights for the last 25 years. A very nice hobby indeed.

One of the key service features of The Residence is attention from a dedicated Savoy Academy-trained butler  who, on this inaugural flight will be Georgina Henderson, a British national.

Also traveling in style on this flight will be nine passengers housed in the fully enclosed First Apartments. They will enjoy an adjustable 24-inch flat screen TV, an arm-chair, an ottoman which coverts to an 81-inch long bed, their own vanity cabinet, a chilled drinks cabinet, wardrobe, and plenty of room to stow their onboard luggage. There is also a communal shower in the First class bathroom where passengers can freshen up.

A total of 70 passengers can enjoy privacy, comfort and space to be productive in the A380s’ upper deck Business Studios. As the name suggests, these are smaller than the previous two accommodations and more similar to the first-class suites on most other carriers. They have the advantage of a privacy screen between the two passengers seated side-by-side in the centre row, which can be lowered, for those travelling together. The aisle-side of the seats is open, but there is also a small privacy screen on the armrest, which obscures the passengers’ head while seated. The elegantly appointed studio comes with everything passengers might want to rest, work and be entertained, plenty of storage in the over head bins and, for smaller items you want to have to hand there are cubbies in the studios’ furnishings. There is also a separate small utility table and separate shelf in addition to the large dining table. You can eat, work, and watch the In-Flight Entertainment simultaneously in-flight without worrying about where you will put all your gear.

The 498 Passengers traveling in the Economy section will have plenty to enjoy onboard too. The airline’s roomy Economy Smart seat includes a unique fixed-wing headrest which will give passengers somewhere comfortable to lean against when they decide to doze off. While awake, they can enjoy state of the art in-flight entertainment and there are power outlets on every seat, if they are one of the new generation 3D travellers who would rather have a multiscreen experience, watching a movie on the IFE, while working on their laptop with a something to read on their iPad and their iPhone handy to Tweet all about the experience. Just as an example. Not that I would do that. (I would totally do that.) Fitting that much equipment on the tray table might prove tricky, but not impossible. During meals, everything must be put away, but that’s not so bad. The airline has also considered the personal needs of Economy passengers onboard, ensuring their new in-flight amenities include very desirable kits for passengers in coach too.

Flight attendants will be wearing their flash new Italian couture uniforms on this flight, the design of which I wrote about on Skift. They are among the most elegant uniforms we’ve seen in recent generations.

All this luxury is wrapped up in the unique Reimagined livery which graces the fuselage, the product of Landor‘s creative imagination.

Good wishes for a safe and enjoyable journey for all those onboard EY11 tomorrow!

Much Ado About Something

If it seems that those of us covering the industry have made a big deal out of Etihad’s Reimagined program this year, we have. Rightfully so.

The Reimagined program has accomplished exactly what it set out to do: redefine the travel experience, and make the word luxury mean something important again. No. It’s not for everyone, but not everyone has cause to fly from Abu Dhabi to London, or any of the other routes the Reimagined A380s and 787s will ultimately fly. These are not short-haul aircraft. Etihad Airways is not a Low-Cost Carrier. For the target market, this revolutionary design program is ideally suited. More importantly, at a time when custom products are discouraged by the aircraft manufacturers, because of their potential complications and delays, for an airline to demand any custom touches is a challenge. This level of complete customisation is a remarkable feat.

How Complex Programs Benefit All

Earlier this year, when I covered the behind-the-scenes design efforts for this program on Skift, there was a skeptical reaction to my claim that improvements in luxury cabins translate into a better experience for everyone else. The article, entitled ‘Why Better Seats in First Class Can Lead to Better Ones in Coach,’ inspired some to giggle and others to mock. I completely understand. For anyone who has not actually worked behind the scenes, trying to certify and introduce new fabrics, trim and finish, seating components, etc., this statement might seem laughable.

The processes for creating new aircraft interiors are more magic and mystery than science to most. In reality, the only way for new materials and processes, new manufacturers and equipment, new features and new structures to make it onboard any aircraft is for an airline, like Etihad, to take a big risk, spend a great deal of money, and stand behind the project for years, in order to see it realised. This is precisely what Etihad did by putting together the experts which formed its Etihad Design Consortium (EDC). They picked Acumen, Factorydesign  and Honour Branding to manage these efforts, each of whom did an exceptional job of meeting the airlines’ expectations, managing the complicated process, and, admirably, keeping all of this secret since 2008.

During my aircraft interiors career, I saw many grand ambitions watered down to nothing because of fears that the product could not be properly certified and delivered on time. I saw brilliant design concepts abandoned, which would have benefited passengers throughout the aircraft. I’m also glad to say that I could help, in small part, to get “impossible” programs successfully delivered. The last is much rarer than the first two. When I see an ambitious program of this magnitude, when I consider everything Etihad’s Reimagined means to aviation, I can’t help but admire the work.

Exclusive to Etihad features aside, materials and processes which were updated to make this program possible can now be applied to less ambitious programs based, on precedent. Because Etihad and its EDC went through the trouble and cost of getting all these hundreds of unique elements to work, regulators and aircraft manufacturers can approve countless new products by similarity which would never have been approved before.

That’s everywhere on the aircraft: front to back, upper floor and lower floor, domestic routes, and overseas routes alike. The manufacturers who made these products had to equip themselves for the production, and, in doing so, will want to get greater returns on that investment by promoting what cross-over they can with other customers who might be more risk-averse.

In a time when the catalog looks certain to play a dominant role in the decisions airlines make about their aircraft, and when this drive to catalogue seems certain to threaten already weak manufacturer diversity, what Etihad has accomplished is monumental. We really can’t write enough about it.

I believe I’ve proven to readers here, and in the other publications to which I contribute, that I have no trouble looking at the industry with a critical eye. If anything, experience behind the curtain gives one reason to be especially critical and skeptical. However, being critical is not the same as being derisive. I like to point out wonderful achievements, and I’m not shy about pointing out bad ideas. I hope that is what Flight Chic readers would expect from me, and it’s certainly what I expect from myself.

I’ll continue covering this, and similar efforts, in-depth in the year to come. 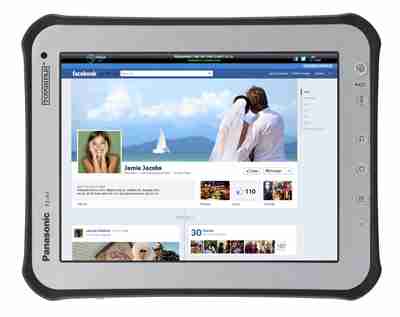 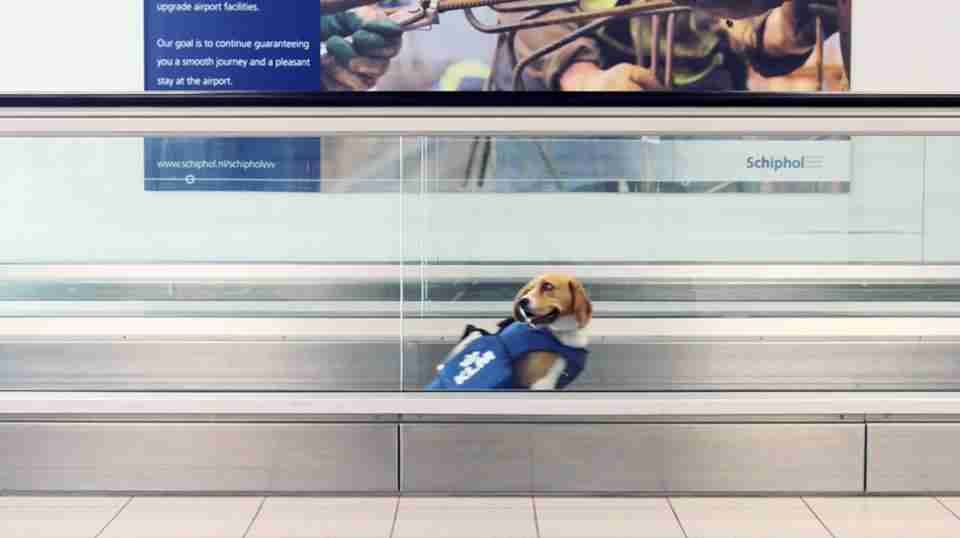 How KLM Flies the Talk and Builds Passenger Loyalty 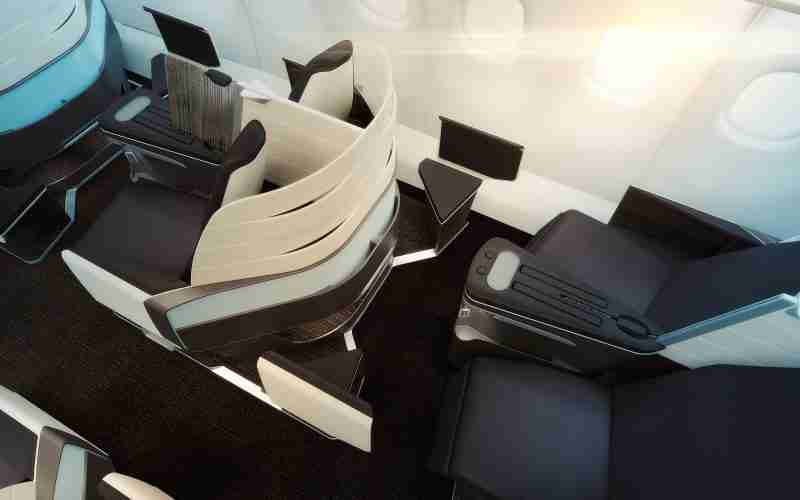 4 thoughts on “Etihad’s “Reimagined” A380 Prepares for Take-Off”