As Reuters reports, Air Berlin has opted to install Recaro Slimline seats on its existing fleet of narrow-bodies on short and medium-haul service.

The slimline design of these seats, reduces space lost to seat pockets and back frame, and uses netting as the base of the back which contours better to the body and requires less foam. This design change results in a seat which gives passengers more room, and weighs 30% less. 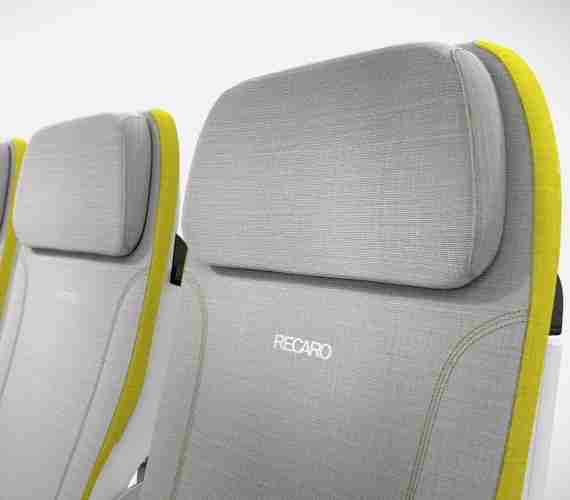 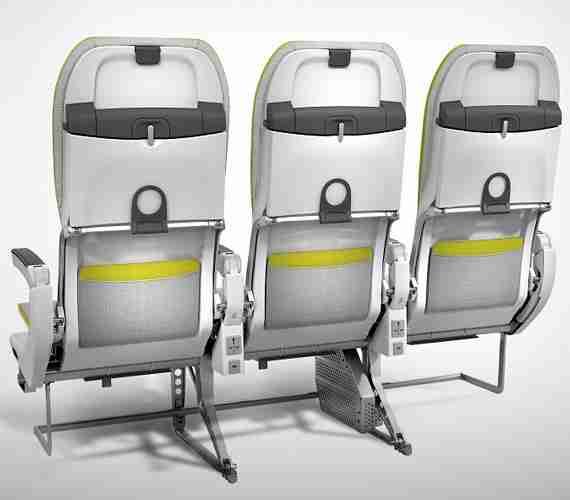 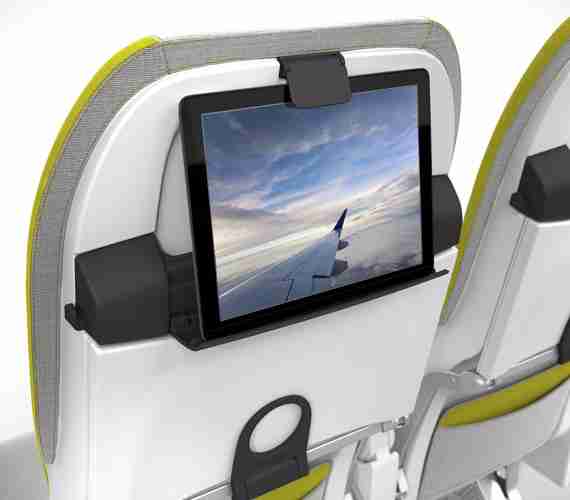 NB: The images from Recaro shown here are the most recent evolution of the seat which Air Berlin selected. Though similar in appearance, this next Model BL3530 differs from the BL3520 by including added tech-friendly features. The seats Air Berlin will retrofit will have USB ports for powering personal electronic devices.

As Aircraft Interiors International reported, the original choice of the seat for the short-haul service took place in 2013, with deliveries of the seats on the airlines new B737s and A320 aircraft scheduled to begin in April of 2014. The airline later cancelled orders for 18 737s and 15 787 aircraft in September of 2014 as part of its restructuring.

“Not taking on the 33 aircraft ordered will significantly reduce future capital expenditure for airberlin and improve our balance sheet. Our collaboration with Boeing has always been excellent, and this will remain so. 45 Boeing 737 NG aircraft will remain in service on European short and medium-haul routes. In order to operate more flexibly in the future and further reduce costs, standardisation of our fleet is a key element of our restructuring.”

It is common for airlines to outfit their existing aircraft to match the interiors of new aircraft, a process known as retrofitting. Sometimes airlines will wait a long time to retrofit aircraft in service to match their new deliveries, depending on how much service life remains in the cabin components and on the cost-burden to the airline of the new interiors installation.

Changing out a cabin is laborious and expensive. It constitutes an engineering “major change” and requires certifying the new cabin set-up on the aircraft type. This makes retrofitting aircraft which are the same model as new aircraft fitted with the new seats a more practical engineering process. Airlines will often wait for a “C-check” to make these major changes on aircraft in service. But, when the costs of installing are off-set by the benefits of flying the new equipment, say the newer seats are more cost-effective, this major change can be expedited.

The weight savings of the BL3520 seat was one of the primary reasons Air Berlin gave for their choice of Recaro, according to the seat manufacturer’s original announcement.

“Each seat weighs less than eleven kilograms, making it 30
percent lighter than comparable models. The Recaro model for
short- and medium-haul flights thus results in a weight reduction of
350 kilograms per airplane,” Recaro explained in its announcement of the original order.

“With the BL3520’s significant weight reduction and
improved sitting comfort, Recaro is offering an outstanding product
which meets our requirements exactly,” said Marco Ciomperlik,
CEO Air Berlin Technik when the contract was signed for the new seats.

Airlines’ selection of slimline seats has garnered some negative press, principally when that installation results in a denser cabin configuration.

However, these seats use space more efficiently and provide adequate comfort for the length of flight on which they are flown. The fixed-recline of these seats also avoids conflicts over space incursion by passengers in front, as with the problematic knee-defender incidents of last year in the US. Recaro’s BL3520, and other slimline seats, are designed to leave more space at the knees through a combination of less space taken up by seat cushions, the slope at the back of the frame, and the specially designed seat pockets.

For airlines struggling to return to profitability, such as Air Berlin, changing the cabin to a more efficient configuration makes sense. For passengers, having a competitive alternative in the travel market makes sense too.