While I’m assigned certain topics and recommend others, hot news will hit the wires each week–it’s up to the fates of aviation to decide which ones–and my stories often have a common theme. This week’s theme is: sci-fi quality tasty tech.

The skies just got trippy-er. Qantas is experimenting with what, as Aircraft Interiors International Magazine points out, could be either another gadget passing fad or an ultimate in-flight high-tech goodie. As I pointed out on Skift, this gadget might be a delectable escape for passengers crowded in Economy class. They might be able to escape into a better place, which would certainly be welcome. As a First Class alternative to what is already a high-tech IFE installation, Aircraft Interiors is probably right to suspect that this is just a passing fancy. Thales even tells AII that these gadgets might make passengers woozy.

“NASA has been looking at VR technology for astronauts, to entertain them and help them study, but they have found that if the body doesn’t feel what it sees, then you get the side effects. It’s kind of like 3D, when you can get nausea, headache, eye strain and feel sick as your body is not reacting to what you’re seeing. Also, you can only wear VR headsets for a short while until they become uncomfortable,” Brett Bleacher, director of advanced technologies and R&D at Thales Avionics IFE told Aircraft Interiors International.

But, before we write the whole thing off, I have to say that I like it as a vehicle for collaborative content. The virtual tours developed with Tourism NT might help to promote the Northern Territory’s parks and is a clever form of branded content.

Readers who already know what a big fan I am of the incomparable futurist genius Phillip K. Dick might expect me to make a connection here to Total Recall (based on his ‘We Can Remember You Wholesale’). Yes. Obviously. There’s that. But with these gadgets used in flight, I’d be more worried over a whole rehashing of ‘Inception’ (not by PKD ergo…). One go round of that was probably enough. I’ve learned (though I can’t see it yet because of regional licensing stuff) that Amazon has made PK’s ‘The Man in the High Castle.’ The series had better live up to the book. That’s all I have to say on the matter.

Now back to aviation!

The ultimate tech race in the sky today is growing demand for in-flight Wi-Fi (when possible free). Gogo’s recent record installs (expected to reach 2,600 aircraft by end of 2015) probably means most of our Wi-Fi connections in-flight will still be paid for a while. That decision is up to the airline. Still, the international trend is changing, where connections are only available on 24% of flights (versus the US 66%), according to new data released by Routehappy (see really, really big infographic below). International coverage is certain to increase in coming years and some of those airlines cover the costs of Wi-Fi in exchange for passenger loyalty. Good for them!

And now for the really tasty bit:

Don’t be fooled. Aircraft cabins are 100% high-tech environments. There’s not a single part that goes on the plane that isn’t engineered within an inch of its life and rigorously tested to meet requirements. That’s why it’s so nice to find airlines introduce unique interiors programs which give passengers a personalised experience. Many airlines make the large investments in their First Class and Business class cabins with fares which are usually out of reach for most of us, but the airlines which hold-true to Virgin Atlantic’s innovative Premium Economy model (introduced in 1992) are showing good taste by making the extra tech investments it takes to deliver a more affordable luxury experience. Kudos to Virgin Atlantic for winning the #1 spot in our ratings!

Not everyone agrees. Paul Gallagher of the Independent found his travel experience on Virgin Atlantic Premium Economy less satisfactory and credited British Airways with a better overall passenger experience. Of course, that review was based on a single flight, and the Virgin Atlantic cabin compared was on an older aircraft, soon to be decommissioned. This proves that there’s no resting on laurels. Leading airlines always need to keep up with competition on cabin product improvements. Interestingly, Gallagher put great emphasis on two comfort factors for his flights: the in-flight meal and in-flight entertainment. This is telling, for airlines weighing priorities when introducing the products. As we learned last week, SAS understands that the quickest route to the heart of the passenger may be through the stomach. I’m sure In-Flight Feed would agree.

There you have it: tech, tech, taste. The evolving formula for airline success.

Here’s a giant infographic on Wi-Fi from Routehappy for you to process: 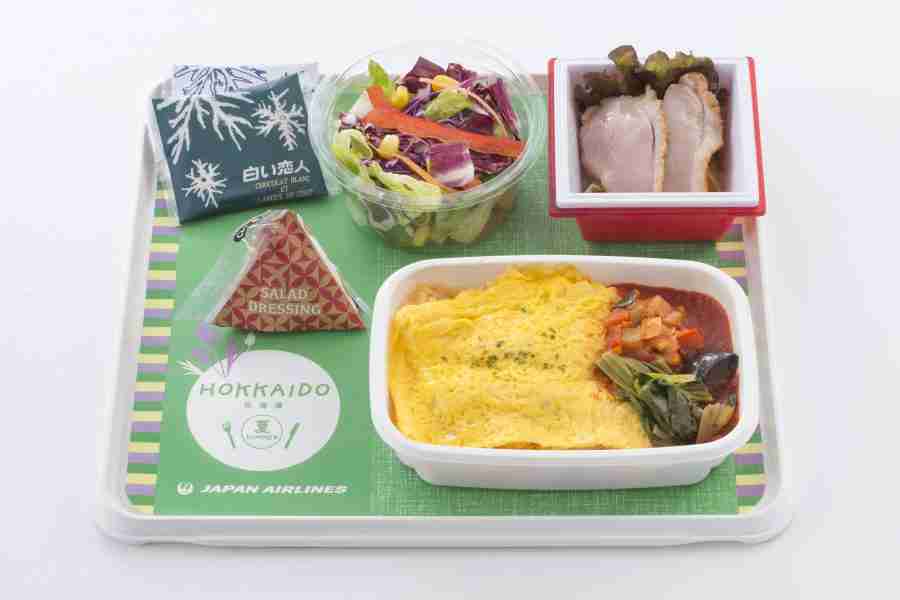