Skip to Content
Home Aviation Matters Technically Speaking After the Tragedy of Germanwings 4U9525, We Are Left With Questions and Grief

Marisa Garcia 1 Comment on After the Tragedy of Germanwings 4U9525, We Are Left With Questions and Grief

Aviation in Europe and around the world is in mourning as we are confronted with the terrible tragedy of the crash of Germanwings flight 4U9525 which took the lives of 144 passengers and 6 crew. My thoughts are with the victims families and colleagues affected. It is my deepest hope that we will soon have more factual information and the answers to many questions, which they desperately need to cope with this loss.

While in this case, we know the location of the aircraft and we have already been able to recover one of the “black boxes”–the Cockpit Voice Recorder (CVR)—we still face many open questions. That is inevitable. Though we might all long for immediate answers, especially the families affected, any causes posited for this crash can only be speculation without an adequate investigation.

Before I highlight some key events from yesterday, I’d like to take a moment to discuss some of the conjecture on traditional media outlets and on Social Media.

1) Questions about Germanwings as a Low-Cost Carrier (LCC). Airlines, regardless of their operating model, do not cut corners on safety. They are beholden to the authorities to maintain the same routine maintenance standards as their traditional airline counterparts. While some may not have large in-house maintenance departments to carry out these maintenance checks in-house, they outsource the work to reputable, licensed, and audited maintenance and repair organisations.

With Germanwings, the contracted MRO was Lufthansa Technik. There is simply no evidence of any higher risk to the safety of passengers onboard LCCs in Europe, compared to the regions’ flagship carriers. Cost-savings in the LCC model are reaped through the cabin product, the service model, and, generally, the efficiencies of scale of operating a single aircraft type fleet with its commonality of components.

Lapsed maintenance does not seem to have played a role in this accident. Germanwings reported that the aircraft underwent its last routine check the day before the accident and its thorough C-Check in the summer of 2013.

2) Questions about the A320 and possible faults of that aircraft. Two types of questions arose. One was over the age of the aircraft, which came into the Lufthansa fleet in 1991 and transferred to Germanwings last year. The other question was about the A320 model itself, and even in some aviation circles questions of blocked sensors which have been reported on the A321.

To the first issue, while aircraft may be in service shorter periods and airlines are now ordering many new aircraft to gain the fuel-efficiency advantages of newer models, there is no reason to think that the age of this aircraft would have played a role in the accident. The aircraft underwent the maintenance checks we mention above and was therefore certified to fly. Older aircraft fly all around the world and, when they are properly maintained, there is no cause for concern in terms of their safe operation. It should be said that the A320 is a popular aircraft, widely in use, and there are no reports of inherent faults which would justify a grounding of the A320 fleet. Investigators on-site will no doubt review the specific technical details of this aircraft and look for any more contributing factors. Only they will be able to say whether a specific technical fault played a role in the crash and identify that fault.

To the question of the probes, during the press briefing yesterday, this issue was raised to Germanwing’s CEO and he said it had no bearing on this aircraft because it is an older aircraft with a different system onboard. However, all involved in the investigation have said that no possible cause will be excluded from enquiries.

3) Floating theories. Having followed the coverage now of three major aviation incidents since last year, it is clear that unfettered speculation, and the floating of uniformed theories, almost immediately after an incident, has become standard practice for a number of media outlets, both traditional and new media.

I’ve always said that it’s human nature to speculate, and to try to search for answers for horrible events. It is also human nature for some to feel inclined satisfy that need and float whatever theories seem most compelling to them at the time. I have not and will not take part in these exercises, however, because there is no way to really know what happened in an accident without the information from professional investigators, whose job it is to examine the facts and evidence properly before reaching conclusions.

It’s not particularly helpful to say that this incident was unusual. The fact is that all aviation accidents are unusual. Flying is the safest mode of transport. Thousands of flights take place every day without incident. That anything would go wrong is inherently unusual.

Having reviewed the accident reports of a number of incidents over the years, I’ve learned that it is usually a chain of events and not a single thing we can pinpoint which leads to a crash. Something is the initiator of the loss of control of the aircraft and events unfold based on the crew’s ability to regain control of the situation. I do not mean their skill at doing so, but their ability. At times, even the most skilled pilots cannot regain control of an aircraft.

The pilot involved in the Germanwings crash had ten years experience and had clocked 6,000 flight hours. He was no novice. Again, theories will continue to make their media rounds. It is always wiser to take these theories lightly and to wait for confirmation of facts from the parties involved.

The full timeline of events and updates will continue to appear in the dedicated page on the Flight Chic newsfeed on Rebelmouse, and on the homepage of this site. If you wish, you can sign up to received select stories of the day, delivered to your inbox, on the Flight Chic news page. I will also report here on major releases of information about the crash which could help shed light on what went wrong.

Once again, Fiightradar24 has been a reliable source of information on the aircraft’s flying conditions and path.

Playback of flight #4U9525 with speed and altitude graph is available on http://t.co/FHoX6q0GHt pic.twitter.com/amfKBbdeok

Location of #4U9525 wreckage is only about 8 km away from where Flightradar24 picked up last signal at 09:40 UTC pic.twitter.com/9rQg6bOLs9

The Aviation Safety Network established a dedicated page which lists the facts of the aircraft and the accident.

The images from the crash scene, and the obliterated state of the aircraft’s remains are heartbreaking and the terrain will pose a challenge to search and recovery efforts.

Photo: Registration found amongst the debris of #Germanwings Plane. #4U9525 pic.twitter.com/NvbFSqrhMz – @PollyR_Aviation

Some Germanwings and Lufthansa flights were cancelled yesterday as crew were so affected by the loss that they refused to fly yesterday, Der Spiegel reported. (Link in German). The Spiegel’s article also refers to a reported AOG (Aircraft On Ground) status for the aircraft which lasted an hour yesterday and was attributed to a fault with the nose landing door. AOG status is common in aviation, declared as an alert to maintenance to expedite service to any issue holding back the flight’s departure. The airline has reported that the issue of the nose landing door had been fully resolved when the flight was cleared for takeoff.

The Germanwings website was overwhelmed by the traffic this event generated yesterday and was down for most of the day which made getting direct information difficult.

#Lufthansa and #Germanwings provide updates on Facebook #4U9525 pic.twitter.com/jBnVWlk1zh

The two airlines also changed their logos to grey after the incident. 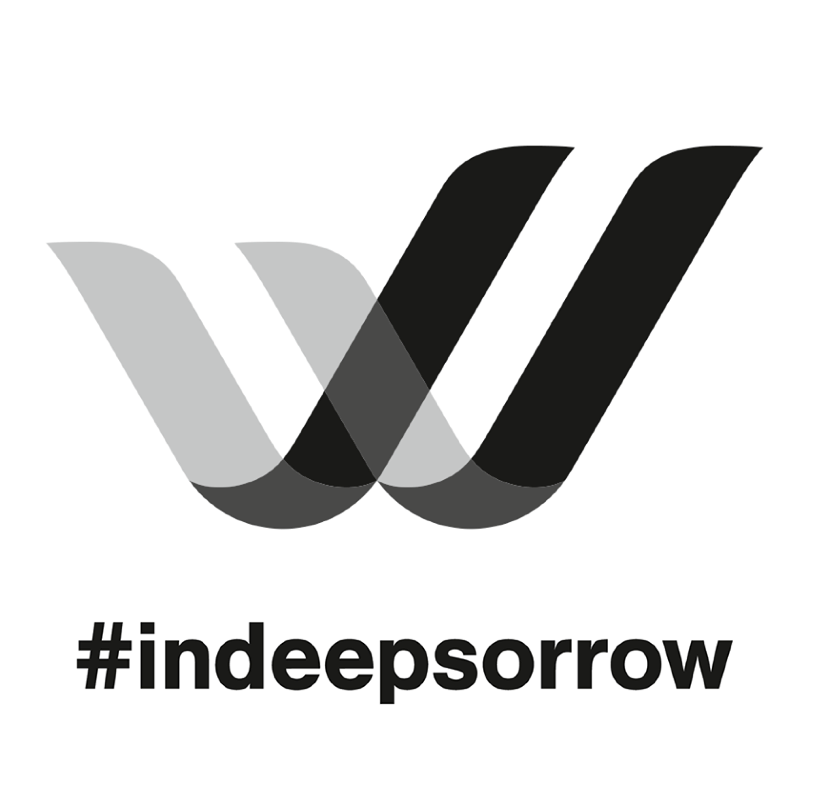 Airbus expressed its grief over the event and extended its condolences to all those affected by the crash of 4U9525 in a 5 part tweet.

We are saddened by the loss of Germanwings Flight 4U 9525. Our thoughts are with the family and friends of all on board.

Airlines from around the world shared their sorrow and extended condolences. Here are only a few:

Our thoughts are with #4U9525 passengers, crew, families & friends. Also with the employees of @Germanwings & @Lufthansa.

We stand in solidarity with the families of #4U9525 passengers. Our support also goes out to the company & its employees @germanwings

Our thoughts are with the passengers and crew of flight 4U-9525, their families and friends. United by wings, @lufthansa @germanwings

The thoughts of everyone at SAS are with the passengers, relatives, the crew and everyone at @GermanWings #4U9525

Our thoughts & prayers are with the crew & passengers of Germanwings flight 4U9525 & their loved ones http://t.co/LGAPDiuyI0

"Our thoughts are with the passengers of flight #Germanwings #4U9525 and their families and friends. 1/2

2/2 We also wish to express our solidarity with our German colleagues" A.de #Juniac, CEO of AF- KLM and F.#Gagey CEO of Air France

Our deepest thoughts go out to the families of @germanwings Flight 4U 9525. God bless you all. #germanwings #alps #4U9525

We extend our sincerest condolences to our friends & colleagues @lufthansa; our thoughts are w/ the families & crew of @germanwings #4U9525

Sending our heartfelt thoughts and condolences to the passengers, crew, family and friends affected by #Germanwings flight 4U9525.

Our thoughts are with the passengers & crew of flight #germanwings #4U9525 & their families & friends.

Our thoughts and prayers go to the family and friends of those onboard Flight 4U9525. We are with you, @Germanwings. #staystrong

German wings assigned new flight numbers 4U9440/9441 to its morning flights between Dusseldorf and Barcelona.

germanwings' Morning Dusseldorf – Barcelona svc from 25MAR15 to be re-numbered as 4U9440/9441, updated till 28MAR15 pic.twitter.com/mcuuz4ofpJ