EVA Air‘s Chairman KW Chang was captain in charge for the inaugural nonstop Taipei–Houston flight of the airline’s latest too-adorable for words Hello Kitty plane, which arrived at Houston Airport for the first time on Friday, June 19, 2015.

The livery of the new 777-300ER Hello Kitty Shining Star Jet features Texas-sized Sanrio characters Little Twin Stars Kiki and Lala, “flying through the skies with their pet teddy bear while Hello Kitty and My Melody happily ride on their own stars.”

Seats in all classes are decorated with Hello Kitty Headrests and trim.

Amenities, including custom toiletries for the lavatories, all have a Hello Kitty theme. 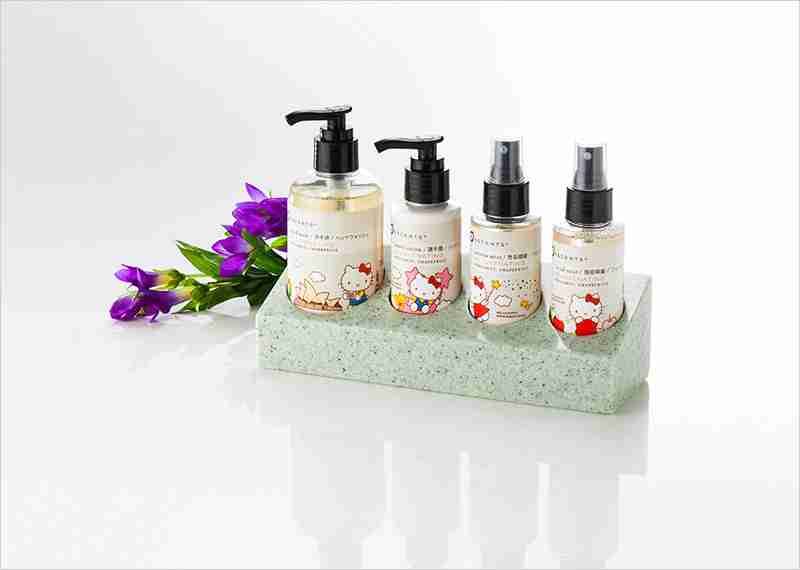 Flight attendants don Hello Kitty aprons as they serve Hello Kitty in-flight meals–yes those are Hello Kitty butter pats and carrots you see before you! 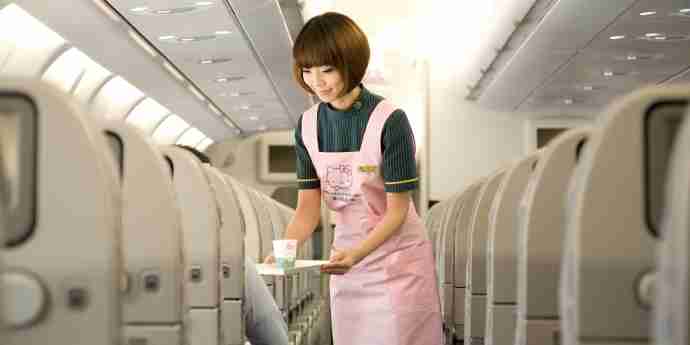 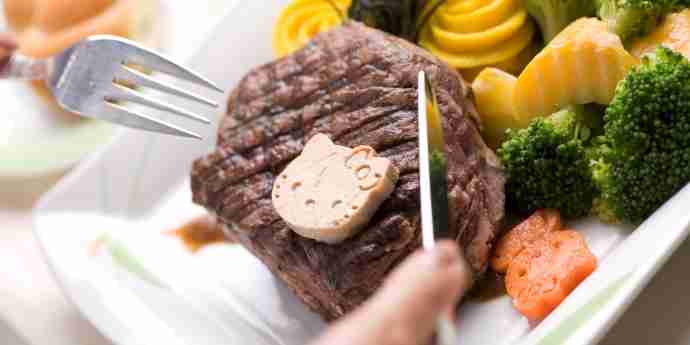 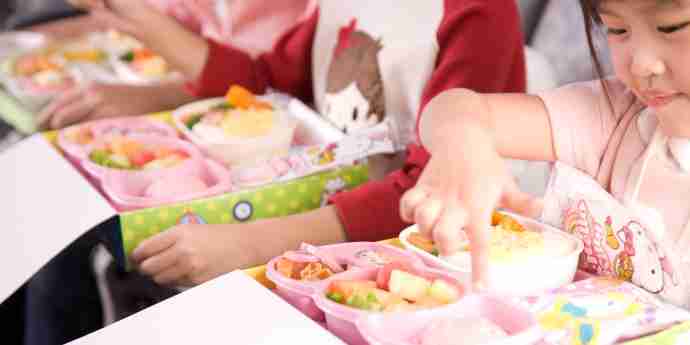 And this is the one airline where flying Economy gets you the maximum Hello Kitty goodness.

Of course, there are practical benefits for those who can use a little less Hello with their Kitty. The aircraft is also equipped it with inflight Wi-Fi and global roaming so passengers can send plenty of too-adorable-for-words images of their in-flight experience to friends and family, or do more conventional things like catching-up with emails and checking in with the office. 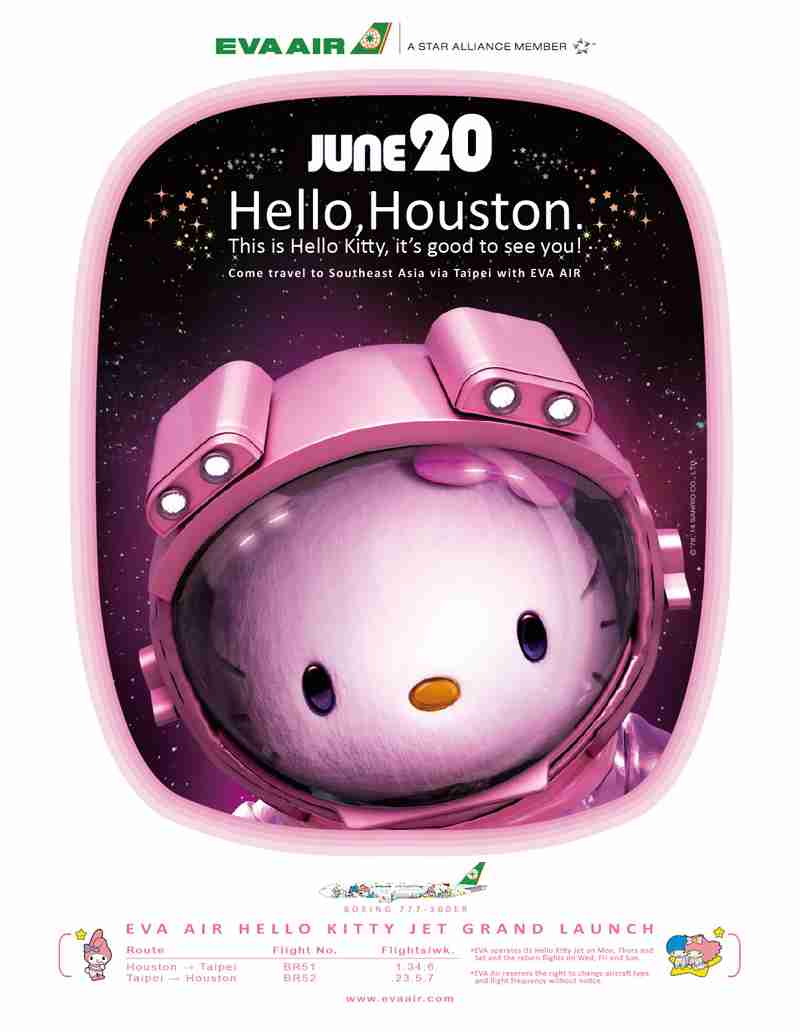 Houston passengers can make onward connections to almost every business and leisure destination in Asia, including Mainland China, with a single stop-over in Taipei.

This is EVA’s seventh Hello Kitty livery aircraft, each with its own design dedicated to its destination, and the second Boeing 777-300ER in the airline’s Hello Kitty fleet. Hello Kitty Jets also fly from Taiwan to Japan, Korea, Hong Kong, Mainland China, Guam and Paris.

The new Houston–Taipei flight, BR51, will operate on Mondays, Thursdays and Saturdays initially. EVA will add a Wednesday service on July 8, 2015. The Taipei–Houston, BR52, operates on Wednesdays, Fridays and Sundays, with Tuesday service starting on July 7, 2015.

EVA will initially use one of its standard fleet Boeing 777-300ER in for the fourth weekly flights to Houston, and will extend Hello Kitty Shining Star Jet service on a Taipei-Singapore route starting on June 21, 2015.

EVA Air,  is a member of the Star Alliance, founded in 1989 as Taiwan’s first privately owned international airline. It flies a fleet of nearly 70 Boeing and Airbus aircraft to more than 60 international destinations throughout Asia, Oceania, Europe and North America, all connected through the airline’s Taipei hub.