Pegasus says the core message of the video is: ‘Even if you’re a superhero, flight safety rules are important for you’.

The true hero of the safety video is a child in a Thor costume who, through the power of his vivid imagination, sees similarities between other guests and the flight attendant and his favourite Marvel characters. 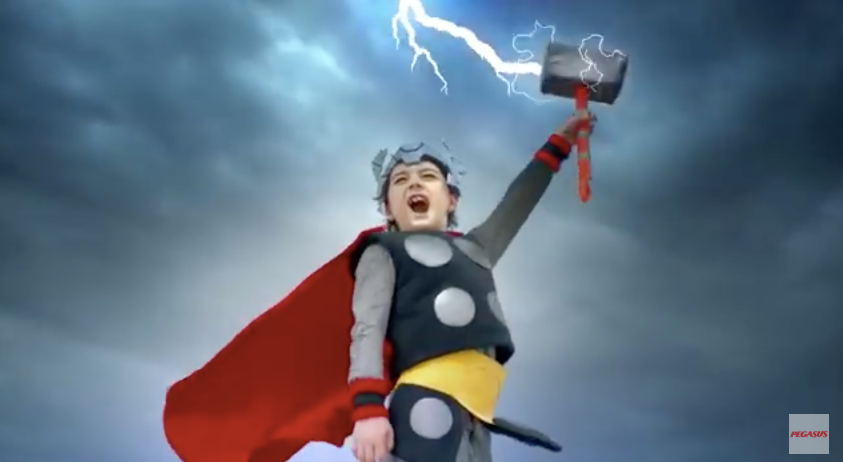 As the flight attendant (Black Widow) goes through the safety instructions,  each super hero look-alike uses his or her superpowers to demonstrate.

My personal favourite is when the would-be Iron Man powers down his suit during the instructions to turn off all electronic devices, though I was left wondering how Hawkeye got his bow and arrow through security. 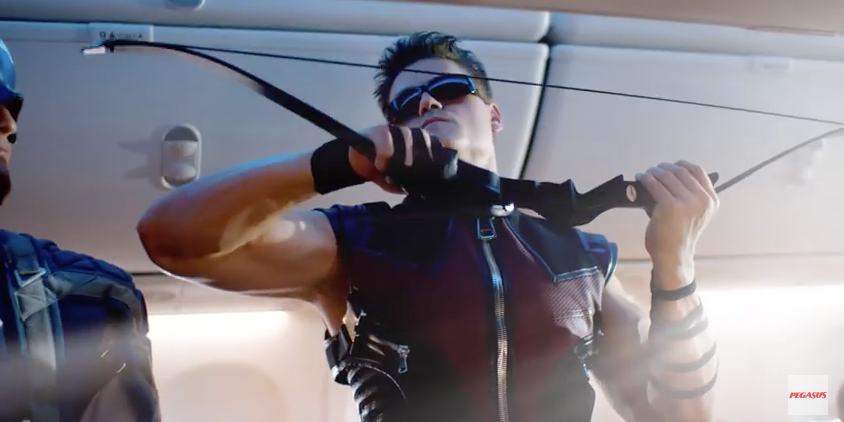 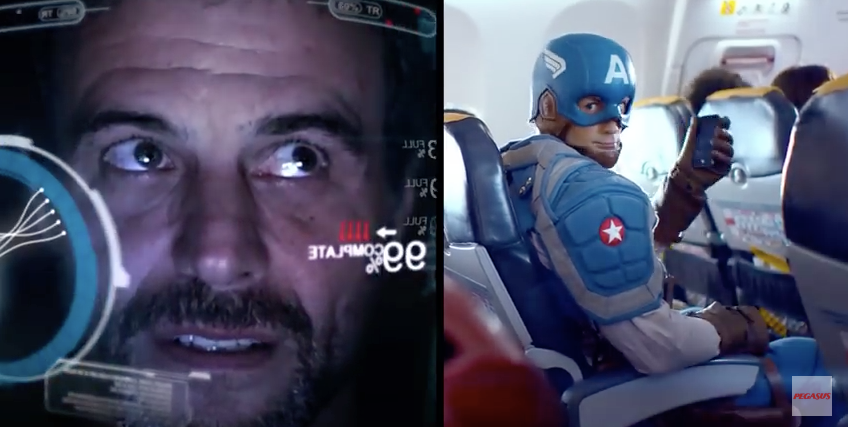 The actors in super-hero costumes are complemented by comic-book animations of the evacuation procedures. 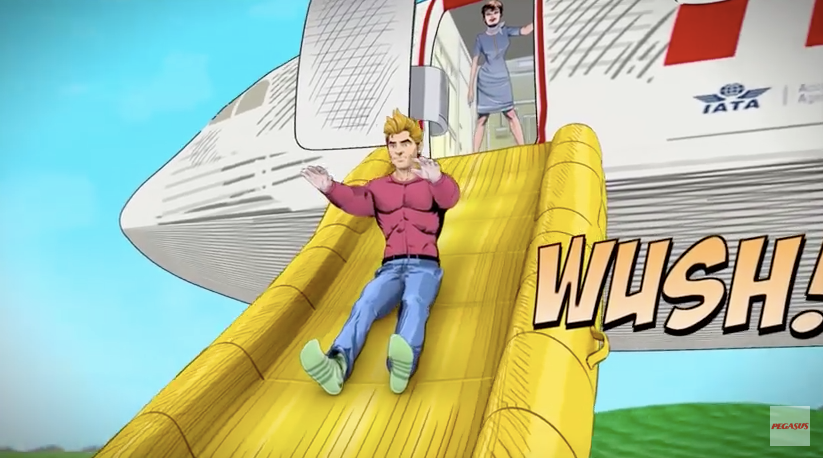 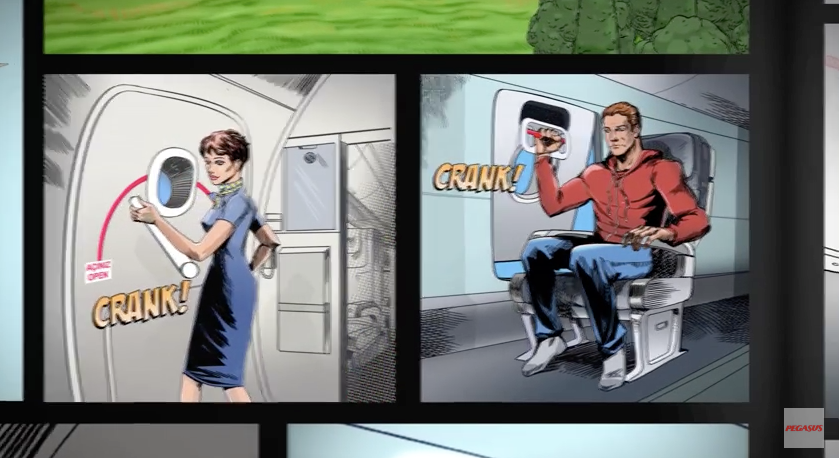 “We are working on encouraging our guests to listen with interest to flight safety rules via our videos that have been made using different concepts,” says Pegasus’ CCO Guliz Ozturk. “We wanted to explain the rules with our new safety videos to our guests in a way that was different, striking and entertaining. Thus we decided to use the Marvel characters that are known and loved around the world as superheroes that appeal to guests of all ages and from all parts of the globe.”

That a child, as the central character, brings all these superheroes onboard through his powerful imagination is an interesting twist on the developing Safety Video genre. Most of the videos airlines have made to date have entertained and engaged adults onboard and online.

Pegasus appeals to the same adults, though its presentation might be a bit too precious for many over the age of ten.

The video is very engaging for children, though, who are often nervous and irritable waiting for the plane to take off. Having something fun and educational for kids to watch, that helps encourage them to comply with problematic procedures like fastening their seat belts, makes this video super clever, in my book.