In the latest attempt to push a power-drink, New Zealand beverage maker 1Above has launched its “Jet Lag” flight drink to the North American market.

The company says flying really wears Americans down, resulting in  negative  performance. 1Above cites results a survey conducted online by Harris Poll this May, on its behalf. The survey participants included over 2,000 U.S. adults whose most recent flight was an hour or longer. 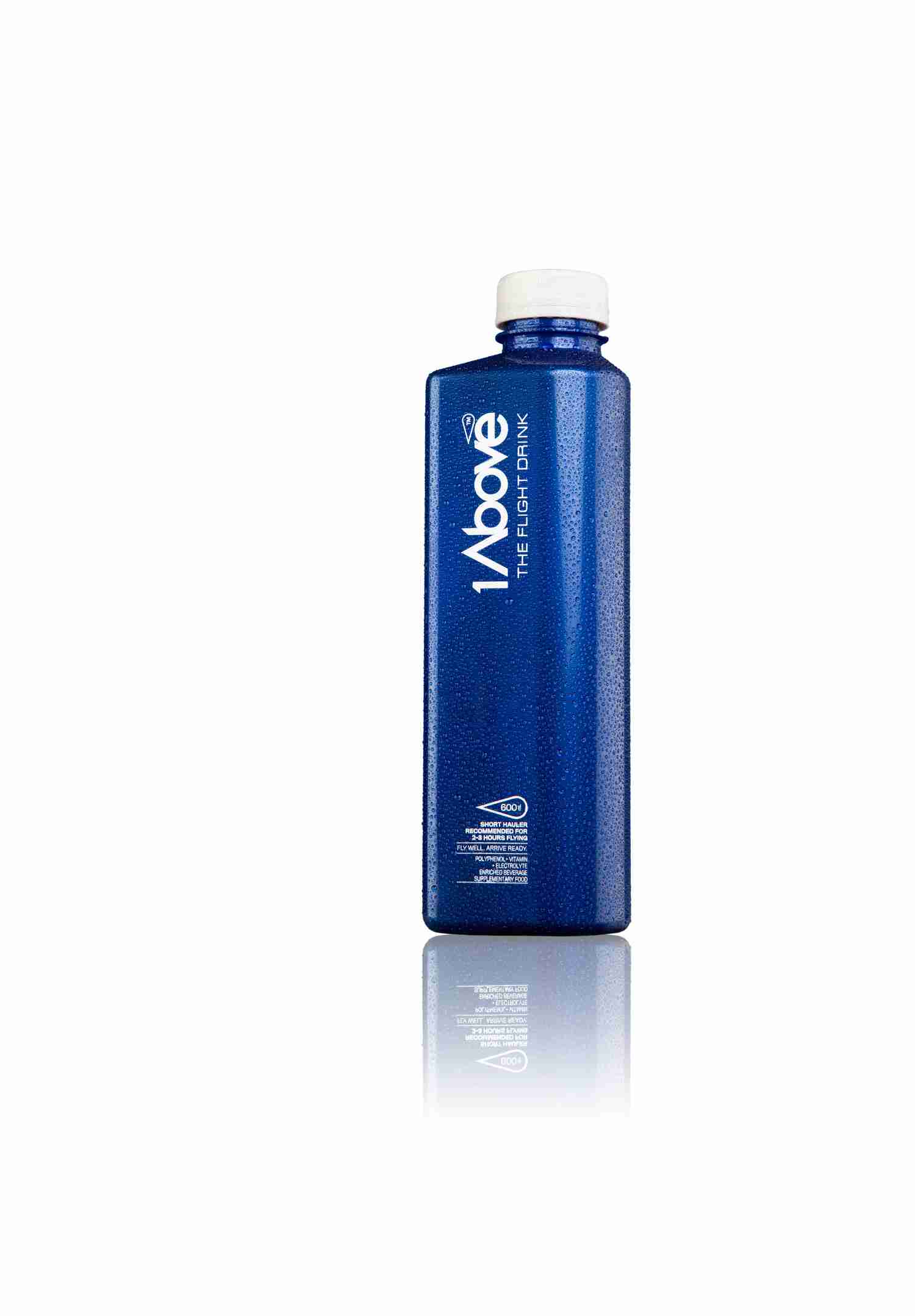 “Flying takes its toll on our bodies, resulting in a set of symptoms that collectively most of us know as ‘jet lag.’ Yet whether we’re traveling for business or pleasure, most of us are expected to arrive at our destination ready to operate at 100%,” said Roger Boyd, founder of 1Above. “1Above was developed to dispel the misperception that jet lag is an inevitable side-effect of flying, and to help people feel better from take-off to landing and beyond. 1Above is about bringing back the love of flying, and our North American expansion brings us just another step closer to making that a reality.”

“The effects of flying and jet lag can be far reaching: from fatigue, low concentration and irritability to swelling in the extremities, headaches and dry skin, nasal and throat membranes,” the company warns. Added to this, 1Above highlights that the risk of DVT (deep-vein thrombosis) more than triples on long flights, and studies show you are five times more likely to catch the flu or other illness on a plane. Worried about flying yet? No? Well, consider that dehydration makes these risks more risky, according to 1Above..because cabin air.

At 35,000 feet, the company points out, air conditions are drier than the Sahara–and even so U.S. travellers fail to drink enough to stay hydrated. Note stats which prove seriousness of the cabin drinking crisis (quoted):

*Emphasis mine because really: water–that’s what you need. Just water, OK?

At any rate, 1Above is popular in Australia and New Zealand and hopes to become popular in the US and Canada. The company is banking on its special formula and fancy bottle to appeal to those for whom readily-available H2O is far too low-brow. Evidently, the secret ingredient which makes 1Above super-special is a natural pine bark extract–repeat a natural, pine bark extract (Pycnogenol®)–advertised to cure all manner of onboard ills, from dehydration to the common cold. There are also electrolytes and six essential B vitamins in the 1Above mix.

I swear by the restorative powers of Bayer’s inexpensive effervescent Berocca® multivitamin, but Bayer doesn’t pay me to say that, and it’s probably just because I like the funny orange flavour (almost TANG) and enjoy the little bubbles. Any multivitamin that includes Vitamin C is a boost of natural defences, if you feel you need one. To avoid contracting illness, carry antiseptic wipes and use them often–especially on aircraft surfaces.

Back to 1Above’s special jet lag brew, it comes in the 34 fl.oz. concentrate shown above, a 1L bottle, or effervescent tablets (which you add to W-A-T-E-R). 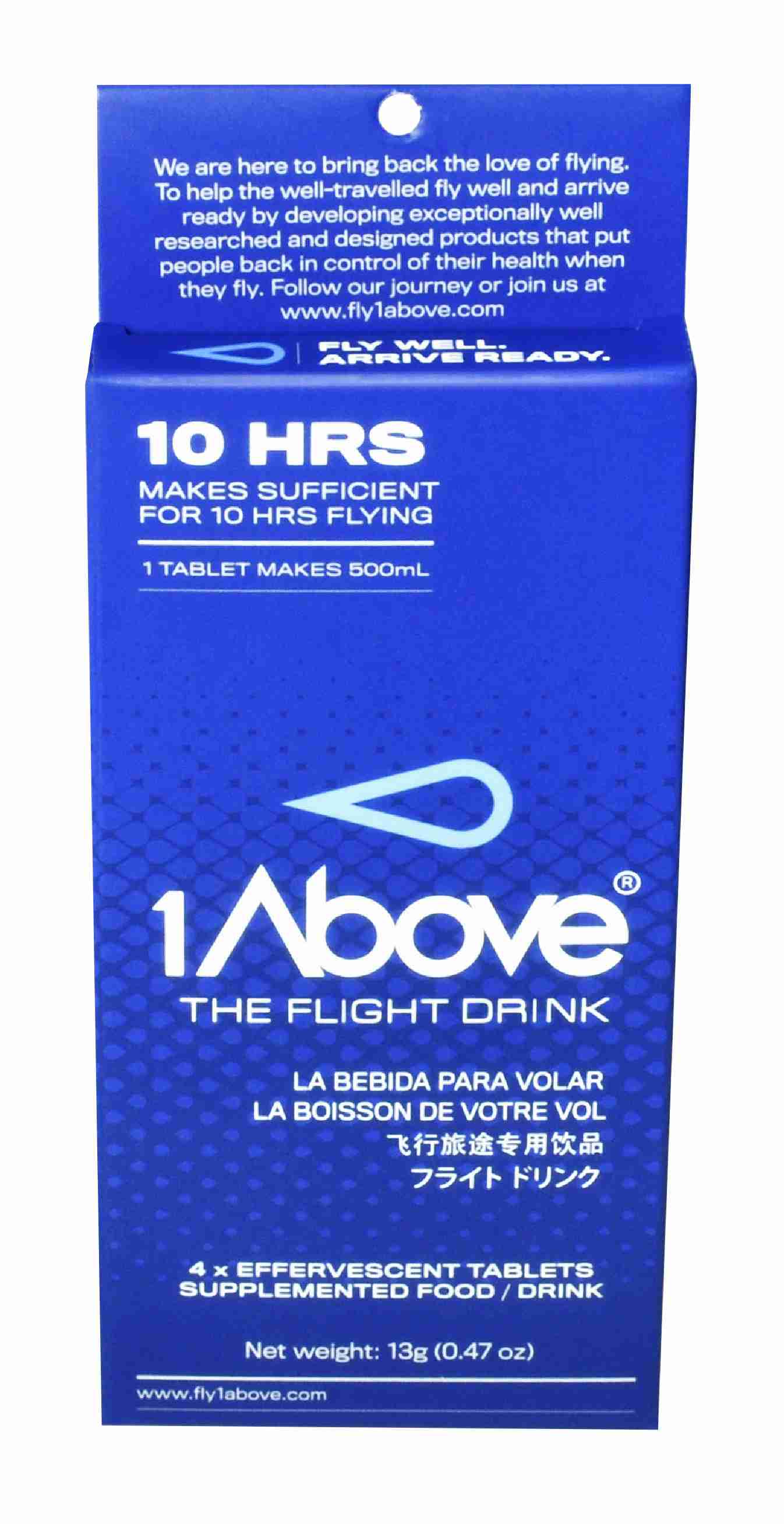 The little concentrate bottle even comes with a clip “allowing the bottle to fit snuggly on your carry-on or on the seat pocket without impinging leg space.” Well, then, that’s another matter entirely.

I should say that 1Above’s study and tips, however self-serving, make good points about in-flight well-being. Proper hydration is key, as is healthy onboard dining.

Here are some of my own suggestions, based on decades of long-haul flight experience, that can help you fight jet lag and could even save you money:

It’s also good to keep in mind that aircraft manufacturers are building new planes–including Boeing’s 787 Dreamliner, the new Boeing 777X, and Airbus A350–that improve cabin conditions and airlines are buying them. These common-sense tips won’t let you down, no matter what aircraft you fly.

I find claims that water needs any boost to fight jet lag–especially a pine bark extract–dubious, so I’m filing this as a Flight Checks-FAIL.

Travel is big business and people are eager to sell into the market, but the most experienced travellers will tell you that you don’t need anything fancy to have a good journey.

For practicality, comfort, and well-being, the basics work best. The only essential to carry with you at all times is patience. An open, positive attitude is also highly recommended.

You can decide whether a drink supplement makes you feel better, but nothing does hydrated better than the original, one-and-only, H2O.