Marisa Garcia 2 Comments on The New KLM Apple Watch App Quietly Arrived on my Wrist, and Tickled Me Sky Blue

I’ve already said that the new KLM app, with its beautiful interface and easy booking engine, is top shelf. But imagine the fun of finding an extra little reliable sky blue circle appear in the collection of helpful little spheres on my wrist!

The new KLM Apple Watch App gives you all the updates you need to keep you informed and on-time when travelling. But, when you’re resting at home it inspires you to think about getting out a bit with a very useful quick reference of your membership status and all the miles you could use towards your next trip. Smart marketing.

“Including the Apple Watch app in our range of digital services ties in perfectly with KLM’s ambition of providing its customers with the right service, at the right place, at the right time. The personal nature of the Apple Watch offers lots of potential to expand this commitment in the future,” says Tjalling Smit, Senior Vice President Digital Air France-KLM

This is the ideal marriage between the functionality of the new KLM app and the ease of integration between the Apple Watch and the iPhone. Things just pop up, even before you knew you needed them. (There’s lots more to say on this another time.) KLM has released the app in anticipation of the Apple Watch sales opening in the Netherlands this Friday. In case you’re wondering, no, I did not buy an Apple Watch–they’re not even on sale here in Denmark. Plus, they’re pricey. I would probably have waited for them to go on deep sale on Amazon Prime! 😉 But I was fortunate enough to win one in a photo contest at a recent aviation tech conference for this picture, which I call All Tomorrow’s Selfies. (You’ve really got to like the Velvet Underground to get that, but never mind.) 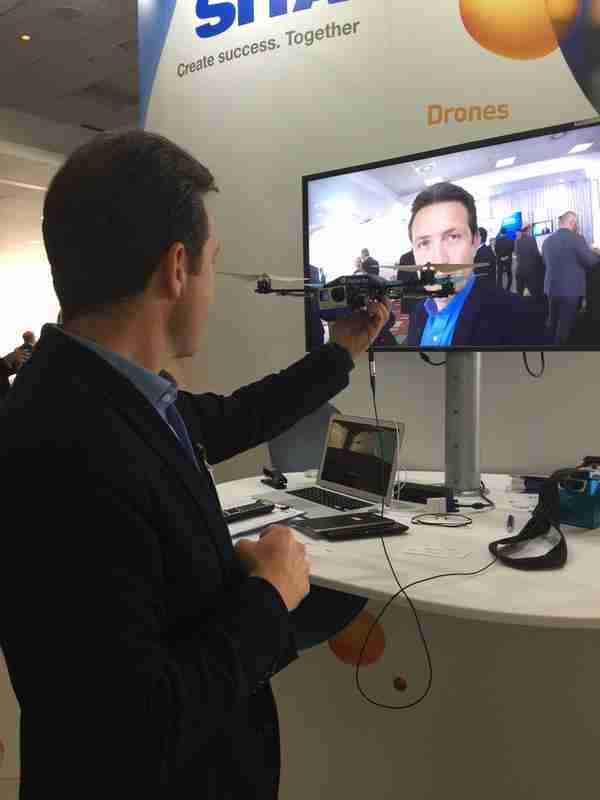 https://twitter.com/designerjet/status/611533878847737856 I’m putting that amazing prize to work by testing out different travel apps and sharing insights into what works best and what doesn’t, here and elsewhere. Here’s a recent share while travelling to Toulouse: https://twitter.com/designerjet/status/615185068307423232 The native apps on the Watch are usually good enough. Getting the boarding pass from anyone (whether they have an Apple Watch or no) on the Passbook is easy-peasy. Getting your wrist to fit in certain scanners, not so much. Don’t try it on one of those slot scanners, just use your phone. I wondered what an airline would have to do to earn the highly coveted circle space on the small screen on my little blue one.

New KLM Apple Watch App, on a watch that looks very much like mine/KLM With all its handy (wristy?) features, KLM’s Apple Watch app gets to keep its precious black screen real estate, just like its sister app on my iPhone . There’s an Android version, on the Google Play Store too.