Starting 1 October, Qantas pilots are swapping out their gold epaulettes (shoulder stripes) for pink, to show their support during Breast Cancer Awareness Month.

QantasLink Captain Susan McHaffie said she hoped her small idea would encourage other airlines to show their support. 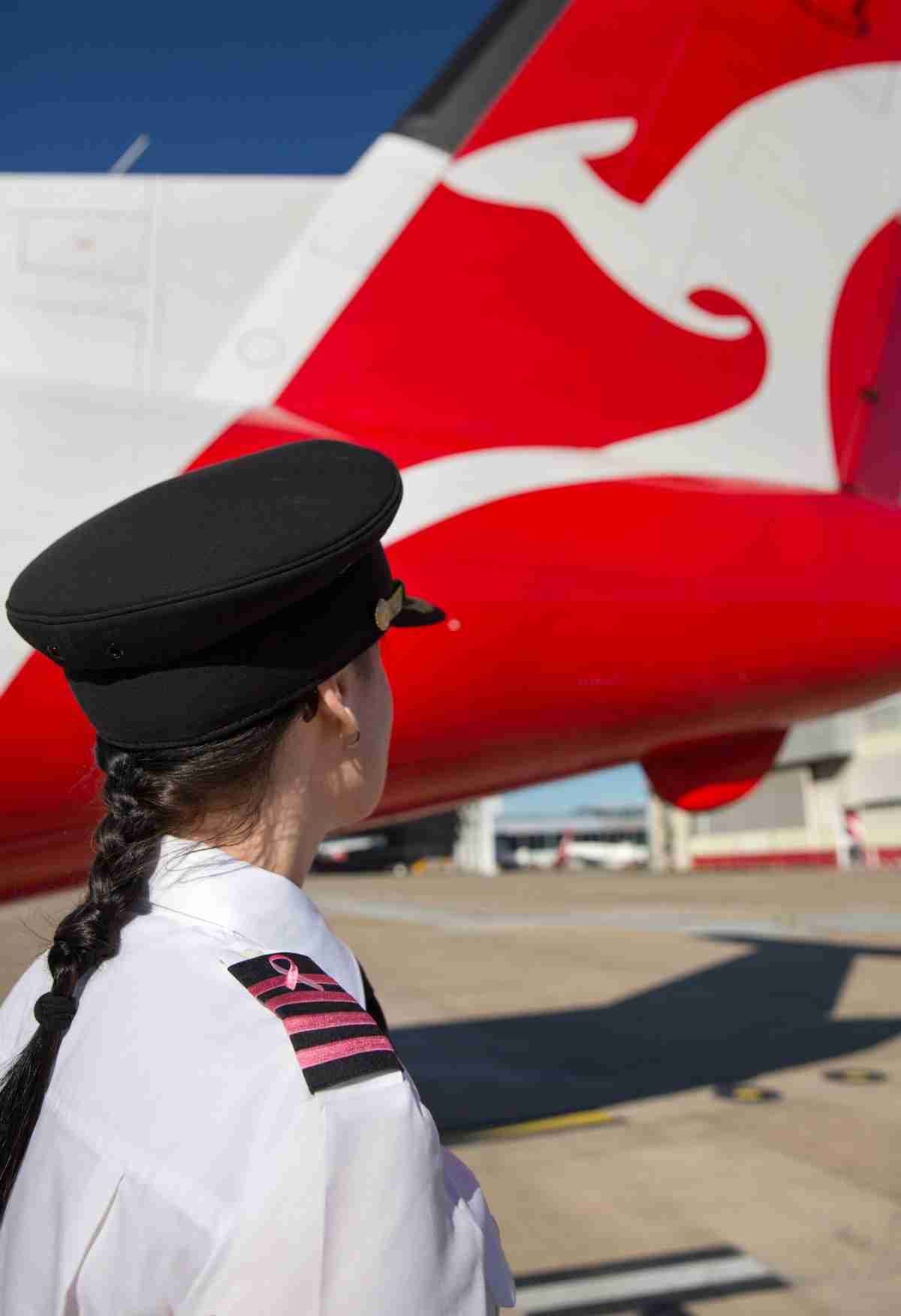 “Together with Qantas, it is my goal to raise $20,000 for breast cancer research,” said Captain McHaffie.

“I hope by next year I’ll walk past a pilot I don’t know in an international airport wearing pink epaulettes in support of breast cancer research.” –Captain McHaffie.

“Qantas is really proud to show our support for breast cancer awareness, and most importantly help raise vital funds for research,” said Captain Miller. “As a global carrier, we hope we can help our pilots take the FlyPink initiative from Australia to the world and are challenging other airlines to join us.”

“Every day in 2015, 42 women in Australia are diagnosed with breast cancer, and it is still the biggest cause of cancer-related death in women globally. We believe that research is the key to eradicating the disease, and credit research with the many advances that have been made in breast cancer care and treatment over the past few decades,” she said.

Qantas Group pilots will raise money over the month of October through a number of other activities, including National Breast Cancer Foundation collection tins in crew rooms and Qantas airports, and Pink Ribbon Breakfasts held around the country. All FlyPink proceeds will go directly to breast cancer research projects around Australia.

QantasLink will also serve food items in FlyPink branded boxes, and brownies, so that passengers can lend support to the campaign.

Qantas will also take donations for FlyPink from customers and other Qantas employees at a dedicated website: www.flypink.net

Qantas Group is promoting the campaign on Social Media with the hash-tags #WeFlyPink and #showyoursupport.