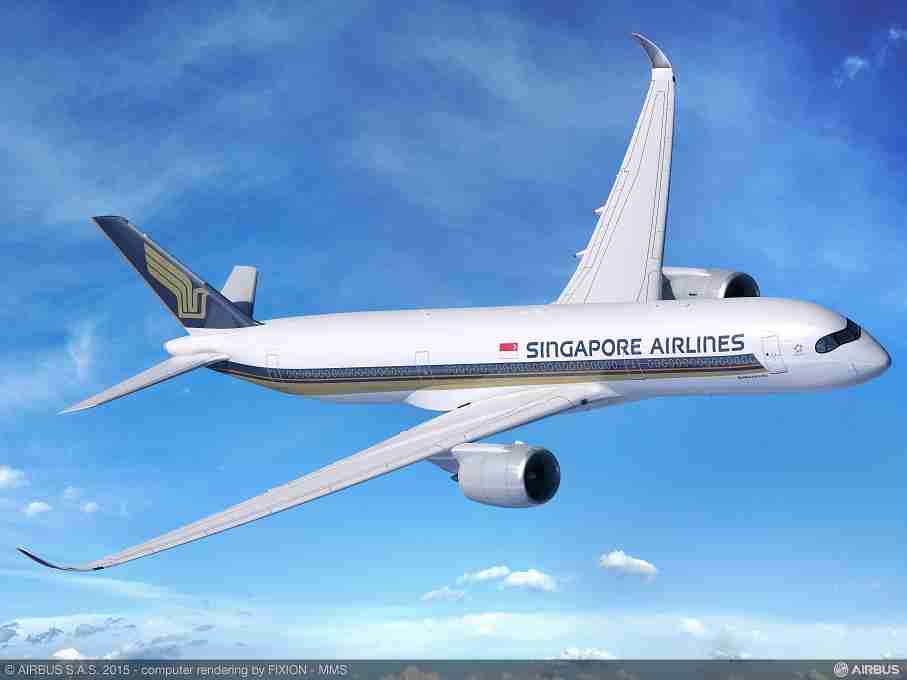 Introducing high-speed of Ka-band Wi-Fi connectivity to the in-flight system, adds a new layer of possibilities for customers to enjoy their time onboard. Delivery of the system will begin in 2018.

The fleet will be equipped with Thales latest AVANT monitors, which are the most lightweight ever deployed in the market, and feature full high-definition video and an integrated Avii, Thales’ most modern Android smartphone-like touch controller, in premium cabins. Navigating menus with Avii is intuitive and the device can act as a second screen so passengers can, for example, watch a film on the big screen while playing one of the game apps on the handset or monitoring the flight map.

Beyond the wide selection of connected apps which will be offered on SIA’s new Thales Avant IFE system the system also allows the passenger to connect their own personal device for an at-home-in-the-air experience. The system also offers High Power USB charging and Near-Field Communications (NFC) technology.

Delivering in-flight entertainment (IFE) to Asian passengers requires attention to details and the provisioning of state-of-the-art systems which can remain so. High-tech users that they are at home, studies have found that this passenger demographic is characterised by the importance individuals place on the flawless function and modernity of in-flight systems.

A recent Global Passenger survey conducted in 2015 by the APEX Association found that IFE was the “paramount requirement” of passengers in Asia.

“The desire for entertainment onboard may mirror how people are using devices in TV at home” Joe Leader, APEX CEO, explains.

79 percent of viewers in Japan, 72 percent in Hong Kong and 61 percent in Singapore use a second device while watching TV versus 48 percent worldwide. — APEX

“It takes a lot more to make an Asian passenger happy,” Schaaf said. “All the little things need to work properly. They’ll look at the picture quality and ask how many pixels there are on the screen, make remarks if it’s not HD – that’s important to them. The ease of operation of the IFE, the selection of papers and magazines available, even the audio selection. In Asia, all of these selections are very important.”

“The investment and efforts that Thales has put in developing its operations in Singapore have today borne fruit with this announcement,” said Patrice Caine, Chairman and Chief Executive Officer of Thales. “This is an important announcement for Thales because of the reputation Singapore Airlines has across the world for its excellence in cabin experience and passenger comfort”.

Thales has strong roots in Singapore with over four decades in the region, and has established a significant local presence of more than 1000 staff supporting innovation business partnerships.

“Singapore Airlines’ selection is a crucial step in our growth and development. The airline has pioneered IFE and remains at the forefront of innovation in this sector,” says Dominique Giannini, CEO, Thales InFlyt Experience. “Being chosen to equip both systems and connectivity for their fleet is a critical proof point of Thales’s strength in the market, the depth of our local implantation in Singapore and the maturity of our products. We are thrilled to partner with them to provide a premier passenger experience that supports their brand, and give all passengers flying on Singapore Airlines the best possible inflight service.”