The International Air Transport Association (IATA) has urged the Thai government to address critical issues of safety, capacity and costs.

“Aviation is critical to Thailand’s economic success. It is the backbone of the tourism industry and provides critical global business links,” said Tony Tyler, IATA’s Director General and CEO. “We estimate that today aviation and related activities account for some 2 million Thai jobs and generate $29 billion in GDP. And by 2035 we could see that grow to 3.8 million jobs and $53 billion in GDP. If realized, that potential 83% growth would have a broad and positive impact across the Thai economy. It is in jeopardy, however, unless key issues of safety, capacity and costs are addressed urgently”

The airline association referenced recent safety oversight concerns of both the International Civil Aviation Organization (ICAO) and the FAA. The FAA downgraded Thailand’s safety ranking to a Category 2 in its International Aviation Safety Assessment program in 2105.

“ICAO and the US FAA have pointed out safety oversight concerns and divergence from global standards at the government level. Safety is aviation’s top priority. The Government of Thailand must address these concerns in support of a vibrant aviation sector that is the backbone of travel and tourism,” said Tyler.

However, for airline members of IATA operating in the region, Tyler said their participation in the association’s safety program IATA Operational Safety Audit (IOSA) ensures they adhere “to the highest global standards for operational safety.” 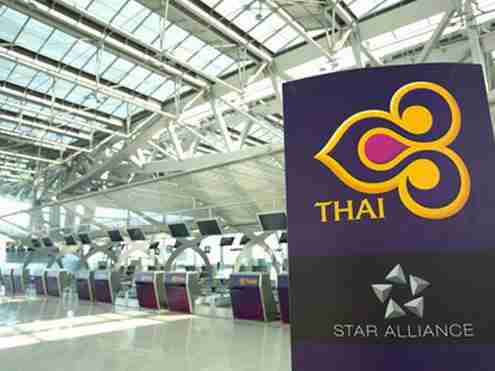 IATA suggested to the Thai government that it should mandate the IOSA standards as a requirement for all airlines registered there.

“This would not absolve the government of its responsibility to do better in aligning its oversight programs to global standards. But it would send a strong signal that Thailand is serious about its commitment to world-class safety,” said Tyler.

On February 14, Thailand’s Civil Aviation Authority grounded a City Airways flight to Hong Kong at Don Mueang airport, suspending the airline’s license to operate after the airline missed a key Friday deadline to address safety concerns. The authority had raised a red flag on the airline’s air worthiness in five areas of its operations, the Bangkok Post reported, including two faults for clearing a co-pilot to work without taking the minimum required rest break and employing untrained flight attendants. City Airways management had appealed citing bookings for 2,000 passengers in the following days, but the CAAT refused, prioritizing safety.

IATA also addressed deficiencies in infrastructure, saying “Bangkok needs a strong hub airport” to support the over 50 million passengers per year who travel in the country.

IATA claims Bangkok’s Suvarnabhumi Airport “faces several issues which must be resolved” despite its ranking among the world’s top air hubs.

The Association points to “soft spots” on the tarmac, taxiways and apron area stating aircraft “frequently get ‘stuck’ in the soft surfaces that are the result of sub-standard materials. The extra power and towing needed to maneuver through these surfaces is a safety risk to ground personnel, ground vehicles and aircraft.” Frequent repairs required, the Association says, create traffic congestion at the airport.

“The constant resurfacing of the tarmac, taxiways and apron area with asphalt is an unacceptable patchwork solution. We literally need a ‘concrete’ solution,” said Tyler.

Demand at the airport, the airline association states, significantly exceeds capacity. A terminal designed to serve 45 million passengers is handling 52 million passengers per year. Aggravating this, IATA said that demand at Bangkok Suvarnabhumi airport is growing by 10% a year. The association asked the Thai government to fast track a planned two-phase expansion of to support that growth.

“A runway takes a long-time to build, so it is important that that plans for the third runway continue to move forward,” said Tyler.

IATA also raised competitive concerns and concerns over costs of operating in the country, saying Thailand was “behind many of its tourism competitors—including Japan, Singapore, Hong Kong, the Mainland of China, Malaysia and South Korea,” and pointed to more competitive conditions at Gulf hubs.

The Bangkok Post also reported on warnings this week that Thailand must be alert to competition in ASEAN. Labour shortages and “language skills of Thai staff” are detrimental to Thailand’s tourism industry, the Bangkok Post writes.

“In the face of intense competition, Thailand’s aviation competitiveness is being chipped away with various new or increased taxes and charges. It is in Thailand’s long-term self-interest to review and abandon proposals that increase the cost of transportation. That includes taxes or charges,” said Tyler.

Thai Low-Cost Carrier Nok Air faces labor issues this week after 10 of its pilots walked off on the job prompting the cancellation of nine flights on Sunday, the Bangkok Post reported.

The walk out was directly related to the airline’s attempt to impose more stringent aviation management standards and audits, in line with the standards of the European Aviation Safety Agency (EASA). These more stringent safety audits are required to protect Nok Air’s existing code-share agreements.

On the 16th of February, the Thai government notified Nok Air that it stands to lose its operating license if its issues with pilots detrimentally affect passengers, the Bangkok Post reports.