KLM has introduced a new Layover with a Local campaign to encourage visitors to see a little more of the Netherlands than just Schiphol Airport (nice though it is).

Its new Layover with a Local program will pair visitors with local residents for a uniquely personal experience getting to know Dutch culture and visiting spots which aren’t necessarily on the typical tourist map.

The idea is to help passengers whose lay-overs exceed six hours to get out and about for a bit of fresh air and local flavour with people of common interests.

To manage the program—without delayed flights waiting for lost explorers—KLM has introduced a dedicated Layover with a Local app which will match passengers with local guides who register with KLM to participate. Guides are picked based on language skills and common social interests.

After the passenger touches down at Schiphol, the app gives clear instructions and a free train ticket from the Dutch Railways station at the airport to Amsterdam’s city centre where their local guide will be waiting for them.

Later, the app guides travellers back to the airport in time for boarding.

“This initiative fits KLM’s positioning as a social airline. Around 70% of KLM’s passengers catch connecting flights at Schiphol, which is why we created this service that turns layover time at the airport into a unique and social experience in Amsterdam with a new friend,” explains Tjalling Smit, SVP of Digital at Air France-KLM.

“Travellers who catch a brief glimpse of Amsterdam this way may decide to come back in future to get the full Amsterdam experience,” Smit adds.

The element of matching up passengers with locals through a social profile is also rather unique. KLM has previously introduced the concept of social seating on its aircraft with the Meet and Seat program–an interesting social experiment in its own right.

Layover with a Local takes this social concept one step further, helping travellers get some healthy fresh air and a bit of exercise between stops.

Seasoned travellers may already be in the habit of getting out of the airport during long layover stops, but it’s always been an intrepid endeavour.

Some might hesitate because they’d worry about getting lost, making transport arrangements to get to the city centre, or getting back to their aircraft in time for boarding.

With a well-designed app concept, KLM resolves all of those concerns. 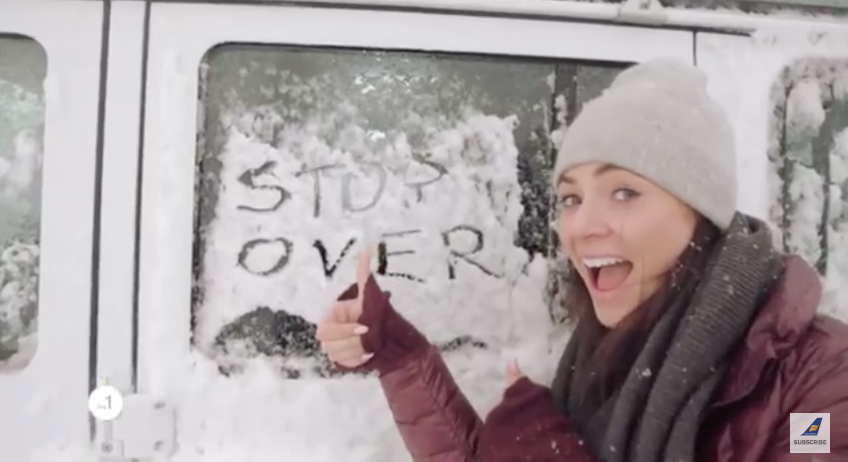 Icelandair and WOW Air have done a stellar job of turning the what might have been a disadvantage of their island-location into a big advantage, by encouraging travellers to make a quick stop across the Atlantic.

It’s a clever move which has helped raise awareness of Iceland as an attractive travel destination and promotes local tourism.

Finnair also introduced a partnership with the Allegro Train for combined air-to-rail tickets which take passengers from Helsinki to St. Petersburg for a tour of the Hermitage, and back again.

But, as KLM proves with the new Layover with a Local program, there are many ways to promote local while making the airline user-friendly.

To keep things manageable, KLM will limit the deployment of Layover with a Local as a pilot program.

The app will first be available for travellers departing from the U.S., Canada and Italy from mid-March. Both locals and travellers who want to give it a run will need to sign up in advance.