Local politics in Denmark became heated when the Danish prime minister Lars Løkke Rasmussen booked a low-fare holiday flight on Ryanair to visit Malaga with his partner. But Norwegian Air Shuttle kept its pulse on chatter in the local market, responding with humour on Social Media. The airline made a meal of the opportunity to tout its own Scandinavian-friendly labour practices and free WiFi.

Readers will remember that Ryanair is a bit unpopular with local politicians. The Major of Copenhagen took on Ryanair last year and declared an outright ban on city officials and civil servants from flying with Europe’s largest low-cost carrier while on official business. Århus, Odense and Ålborg have similar bans.

Ryanair closed its bases in Billund and Copenhagen last year, as a result of ongoing labour disputes. This has not kept the scrappy Irish carrier from growing in the market. Ryanair added routes both in Copenhagen and Billund last year, after closing its bases, and continues to run tempting fare promotions.

When SAS cancelled 766 flights this January, because of a shortage of pilots, Ryanair ran a sale for DKK37 (approx. £3,80/€4,90/$5.50) on flights to Brussels Charleroi, Kaunas and Stockholm Skavsta to “assist passengers whose travel plans had been disrupted.”

SAS states in its 2014/2015 report that low-cost carriers have taken 35% of the Scandinavian market, though it is not entirely bad news. In fact, SAS acknowledges that  the entry of low-cost airlines in the European market has resulted in more flyers.

The airline also says that while the growth of  LCCs has been impressive,  it is meeting the challenge by rationalizing operations, and increasing capacity.

At the start of this century, new LCCs contributed to increasing leisure travel in parallel with a dramatic increase in LCCs’ market share. As traditional network airlines have increased their operational efficiency, LCCs’ share of market capacity has stabilized in the Scandinavian market and amounted to about 35% in 2014/2015. LCCs reduced capacity during the scale year by about 1.5%.

While there is support, in principle, for maintaining labor and wage standards compatible with the lifestyle of the happiest country on Earth, many Danes are happy saving money by flying low-fare.

Such was the case of Rasmussen, except, of course, he is the prime minister.

Because this was a private trip, one might argue he was free to choose whichever airline he liked. But local politics are more sensitive on this matter.

At stake, are employee rights protected under the Danish labor model. But, not only are LCCs growing, SAS has negotiated more favourable labor conditions with its crew and pilots to support its financial health. The Danish model is cracking in the skies.

Therefore, the choices any politician makes in Scandinavia are closely scrutinised, especially by political opponents.

Danish representatives from the left argue that the centre-right prime minister’s choice sends a “very bad signal” and even described it as “Disgusting!”.  Unions have also expressed their disapproval. Henrik Bay-Clausen, representative of the 3F union at Copenhagen airport, said, “Ryanair represents a direct threat to the Danish model,” as the Local reports.

Gotta Earn to Pay to Fly

Also at stake for all parties involved is attracting and retaining the disproportionately large number of Scandinavians who travel on holiday, compared to the global population.

Here’s a comparison from SAS and IATA:

Those defending the Danish model point out that Scandinavians can only afford to take all these trips because unions protect both their wages and the time off they need to explore the world. Cut back on those rights, and Scandinavians will be travelling less–which would be harmful to many stakeholders in the travel industry.

It is a difficult situation to resolve, through political means or otherwise.

Every Problem is an Opportunity in the Making

Norwegian Air Shuttle jumped on Rasmussen chatter with a little humour on Social Media. The airline touted its own Scandinavian-friendly labour practices and free WiFi.

Ryanair has said it would be forced to cancel some routes should the tax be imposed in April, and Norwegian also expressed concern over the tax in its annual report.

During an interview last week for the launch of its cheap fares from Paris to the U.S., Bjørn Kjos told me that the Norwegian aviation tax would hurt Norwegians, especially in remote communities with limited service.

The two carriers share common interests. Norwegian entertains a future partnership with Ryanair (as Kjos confirmed to me last week).

Still, roasting Ryanair over this Rasmussen hot potato is all in good fun. Both airlines are known for their sense of humour.

Are you happy yet?

Speaking of fun, Ryanair caused a bit of a kerfuffle on Friday when a system error sent a mass email. It asked passengers to fill a satisfaction survey–for flights they had not yet taken.

People expressed their concern and dismay on social media.

Oops! Ryanair emails customers to review flights they haven't taken https://t.co/du7JzrRuUh via @MetroUK //'A' for effort. 'P' for panic

One reader told me the email confused him as his flight is still a month away.

The next morning, Ryanair sent another mass email, this time apologising to its customers for the confusion. The reader shared its contents with me on Twitter.

“Although we really want to get your feedback, we understand we got our timing wrong! The email we sent asking for feedback was intended for Ryanair customers who recently took a trip. We’re sorry if we bothered you and we hope to see you onboard soon. Have a lovely weekend.”

Isn’t that nice? Always Getting Better.

I can’t help feeling that either the BBC or Ryanair missed a trick getting ‘travel by Tardis’ involved in all this. Does the Doctor fly Ryanair on occasion? Someone–quick–call Peter Capaldi!

Tomorrow, I’ll attend a press conference with Michael O’Leary in Copenhagen. I’ll report on what I learn there, and update on Twitter.

Perhaps there will be a Rasmussen fare sale? 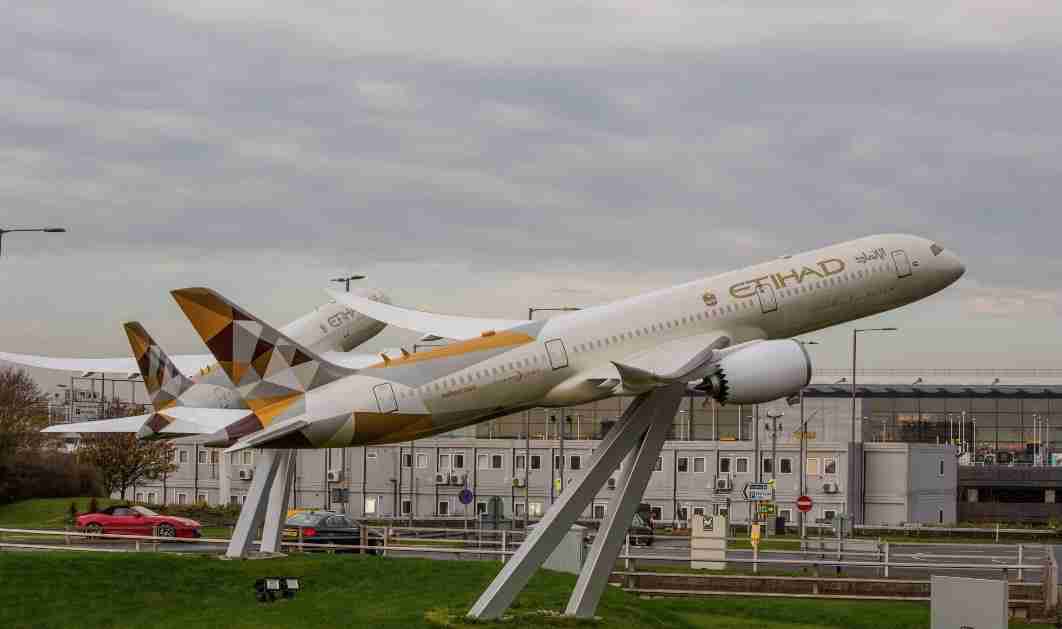