The manufacturer first announced a win when Air China selected Recaro for ten of its new Airbus A350 aircraft. The airline of the People’s Republic of China has ordered 2,500 units of Recaro’s award-winning CL3710 Economy seat which features ergonomic design that makes the most of available room in the cabin for airlines and passengers alike.

Later in the day, Recaro announced that Singapore Airlines had signed a contract for Recaro’s CL3710 Economy seat. The order of 14,000 seats will be installed on Singapore’s A380, B787 and A350 aircraft beginning in 2017.

Cebu Pacific Air will be the first airline in the Asia-Pacific region to order its SL3510 seat model to be installed on 30 of the airline’s new A321neo aircraft.

Hainan Airlines, Recaro announced, also placed an order to install the CL3710 on its fleet of Airbus A330 aircraft. Hainan is already a Recaro customer, having previously ordered both the CL4400 business seat and the BL3510 for economy class. 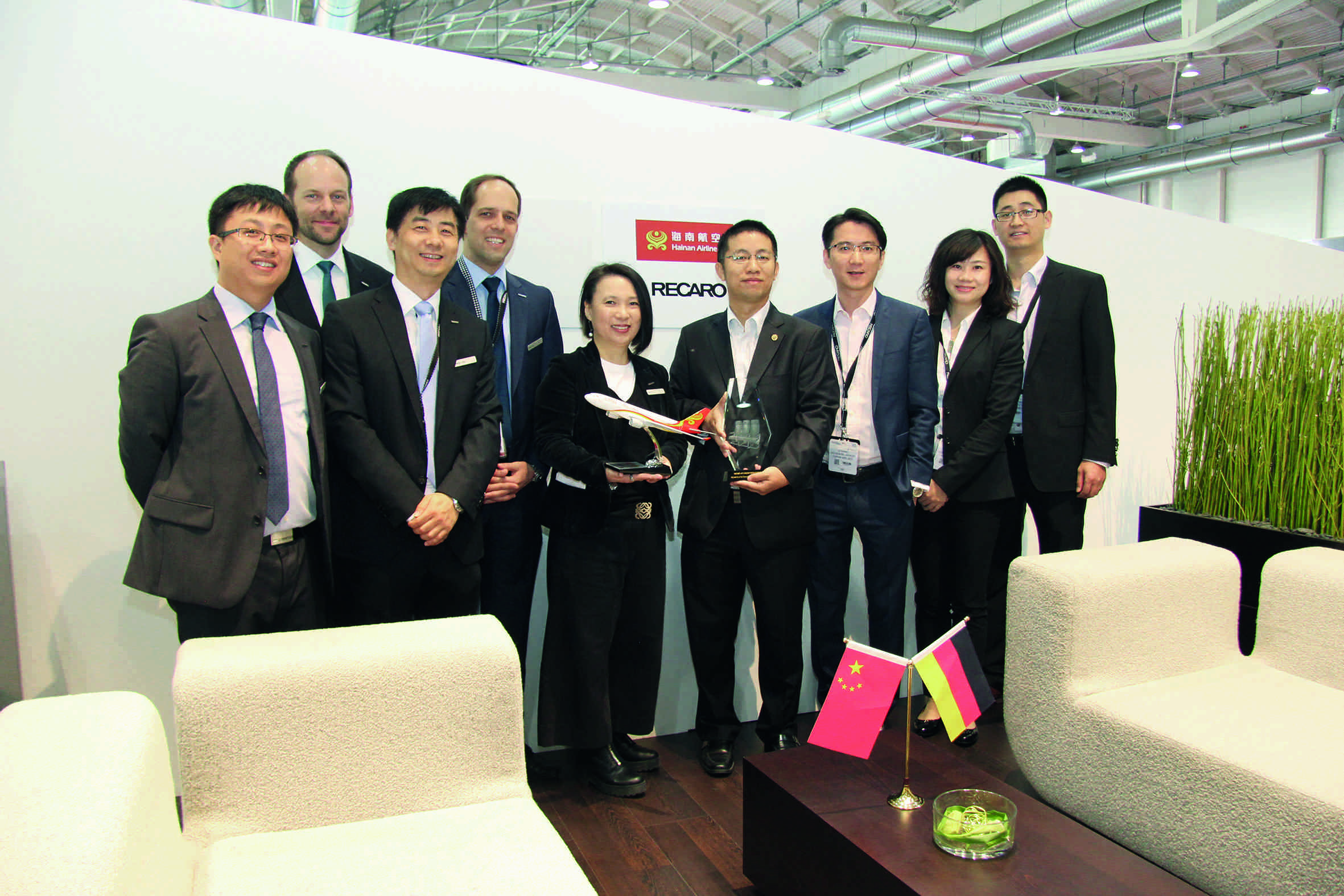 Overall, the Aircraft Interiors Expo was very good for Recaro.

On Wednesday, it was named as the official supplier to TAP for its new Airspace by Airbus A330-900neo cabins. Alaska Airlines also selected Recaro for its 737 MAX 8 and 737 MAX 9 aircraft.

As an extra recognition Recaro received a supplier award from Airbus as recognition of its performance in service and after sales by Airbus at the Aircraft Interiors Expo in Hamburg.

The manufacturer was one of the best rated suppliers in the annual, industry-renowned “Supplier Support Rating” customer survey which Airbus conducts with all major airlines around the world.