“Europe’s airports have delivered an excellent performance in terms of passenger traffic over the first quarter of 2016. While the additional day in February and Easter happening in March helped, the magnitude of the traffic increase at many airports has defied economic gravity. To some extent, it has also flown in the face of an increasingly adverse geopolitical and security environment,” said Olivier Jankovec, Director General of ACI EUROPE.

“As long as these risks remain in check and with oil set to remain affordable, we remain positive about the traffic outlook for the rest of the year. The fact that airports are now keenly focused on improving their competitive positions and are fighting to attract new traffic also plays an important – and often overlooked – role in maintaining the growth momentum.” 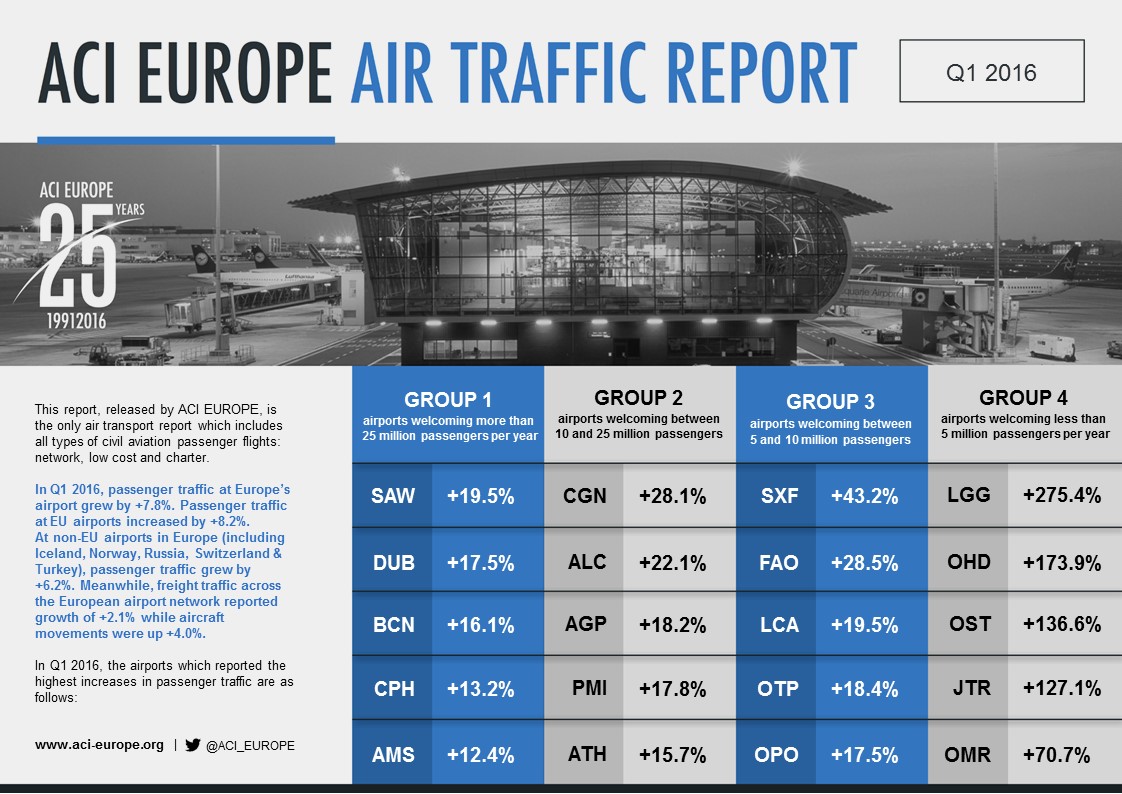 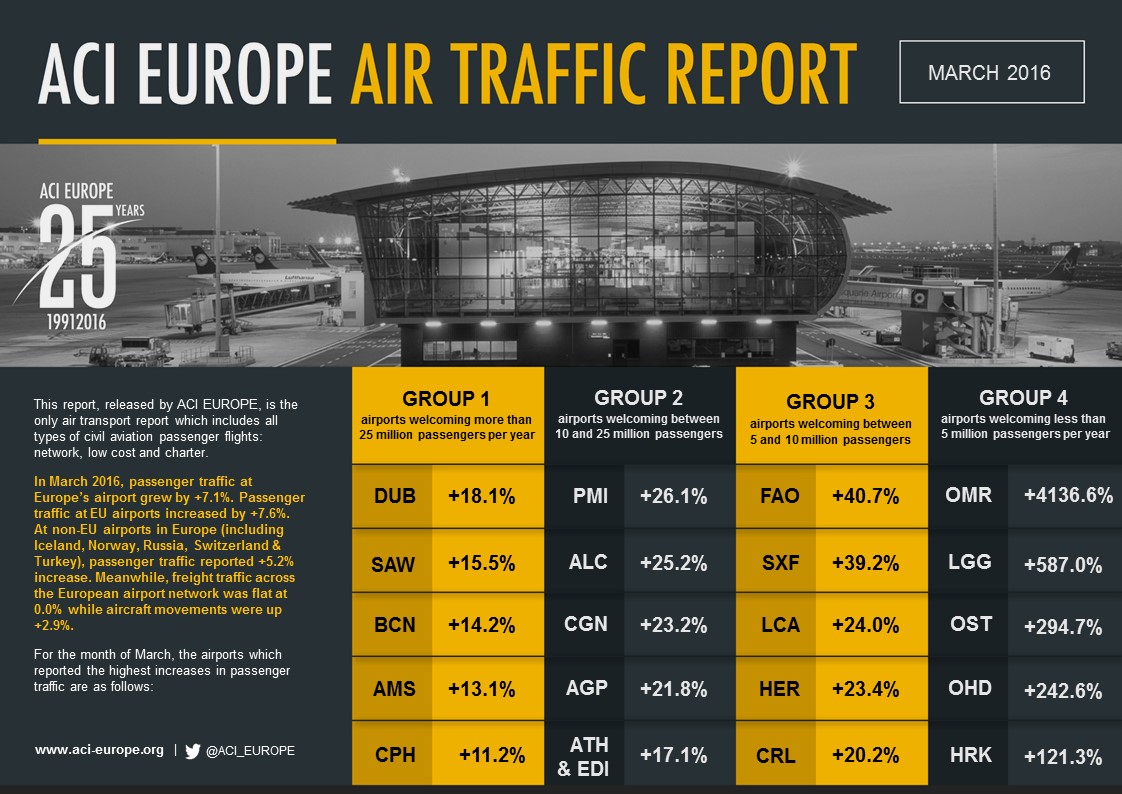 “These figures, as well as passenger traffic results for March (+7.6% for the EU) reveal that the impact of the Brussels terrorist attacks appears to be contained to Belgium, with Brussels airport bearing the brunt of it (-29.1% in March & -5.3% in Q1). This mostly local/national impact is consistent with we have seen in the wake of the Paris terrorist attacks of last November,” ACI-Europe states.

“All this means that passenger traffic should continue to outperform GDP. While passenger growth rates might soften on the back of already robust figures in 2015, security concerns also mean that part of the leisure demand to external markets will continue to shift towards EU leisure destinations and their airports,” said Jankovec.