United Airlines aims to keep you out of its new Polaris Business class lounges–unless you’ve got the golden ticket–and that’s the best possible brand move the embattled airline could have made right now. 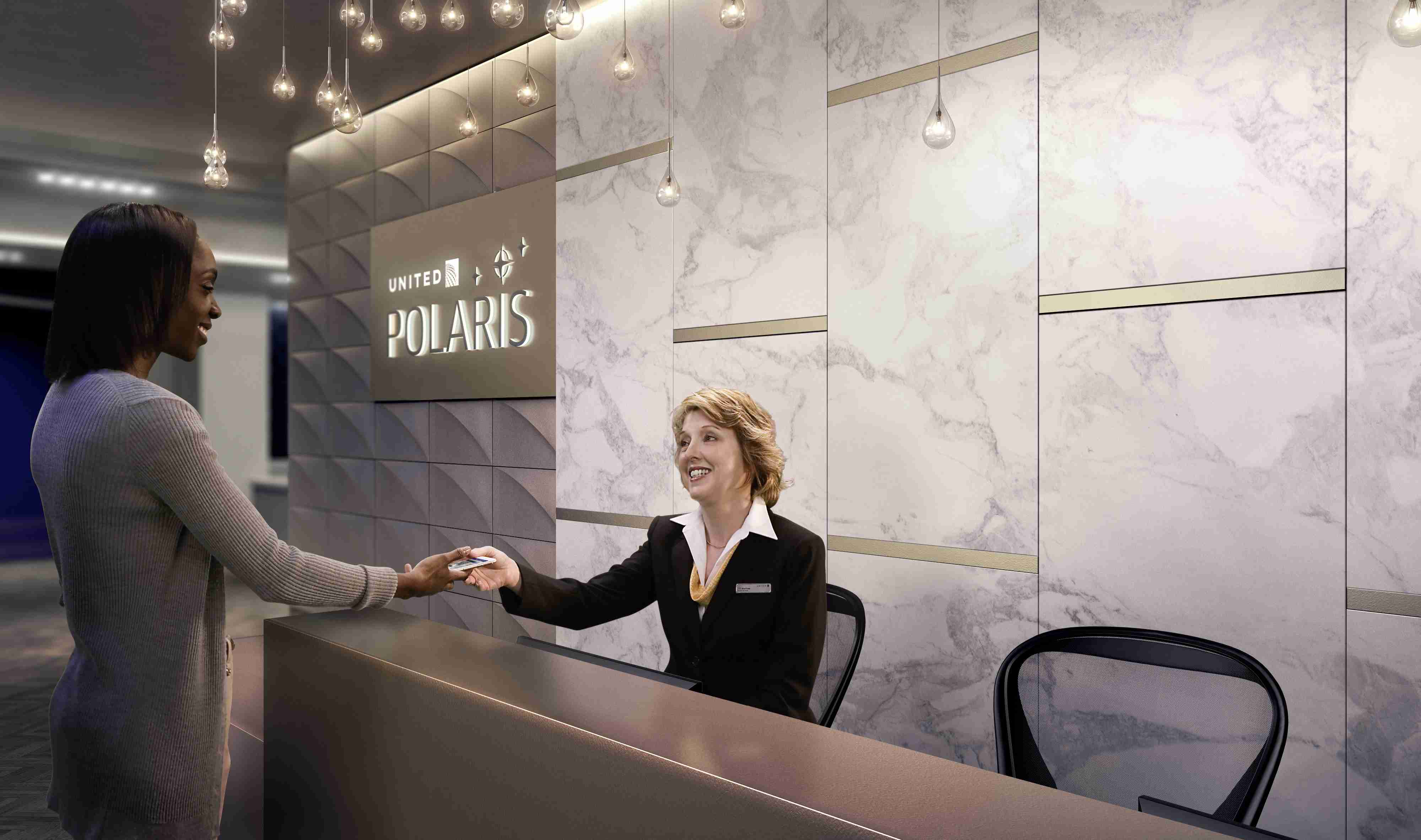 The United Airlines brand has been up against its own reputation for mediocrity in recent years—a reputation perhaps undeserved but never-the-less persistent, propagated by critical airline customers around the globe, and generally accepted as a fact with or without justification.

Has United really been so very terrible? The answer depends on who you ask, but until now management has failed to create a single cohesive aspirational brand promise, represented by an ambitious product.

The airline revealed a new domestic First class last year, which has a number of attractive passenger experience elements, but all airlines know the real money is in long-haul international travel. For a global carrier on the scale of United, that class is where brand promises are made or broken.

While competitors around the globe have been leap-frogging each other on international premium for years, United has largely sat on the bench, either undecided or observing.

Be Your Own Better Self

They say there’s no better position to be in than competing against yourself. Looking inward to what one can do better is far more effective than trying to out-do whatever others have done.

It sets an individual or organisation free to become their best possible self—with no pre-conceived end, no parallel goal-post, no “good enough,” only excellence.

That’s precisely what United has accomplished with Polaris. 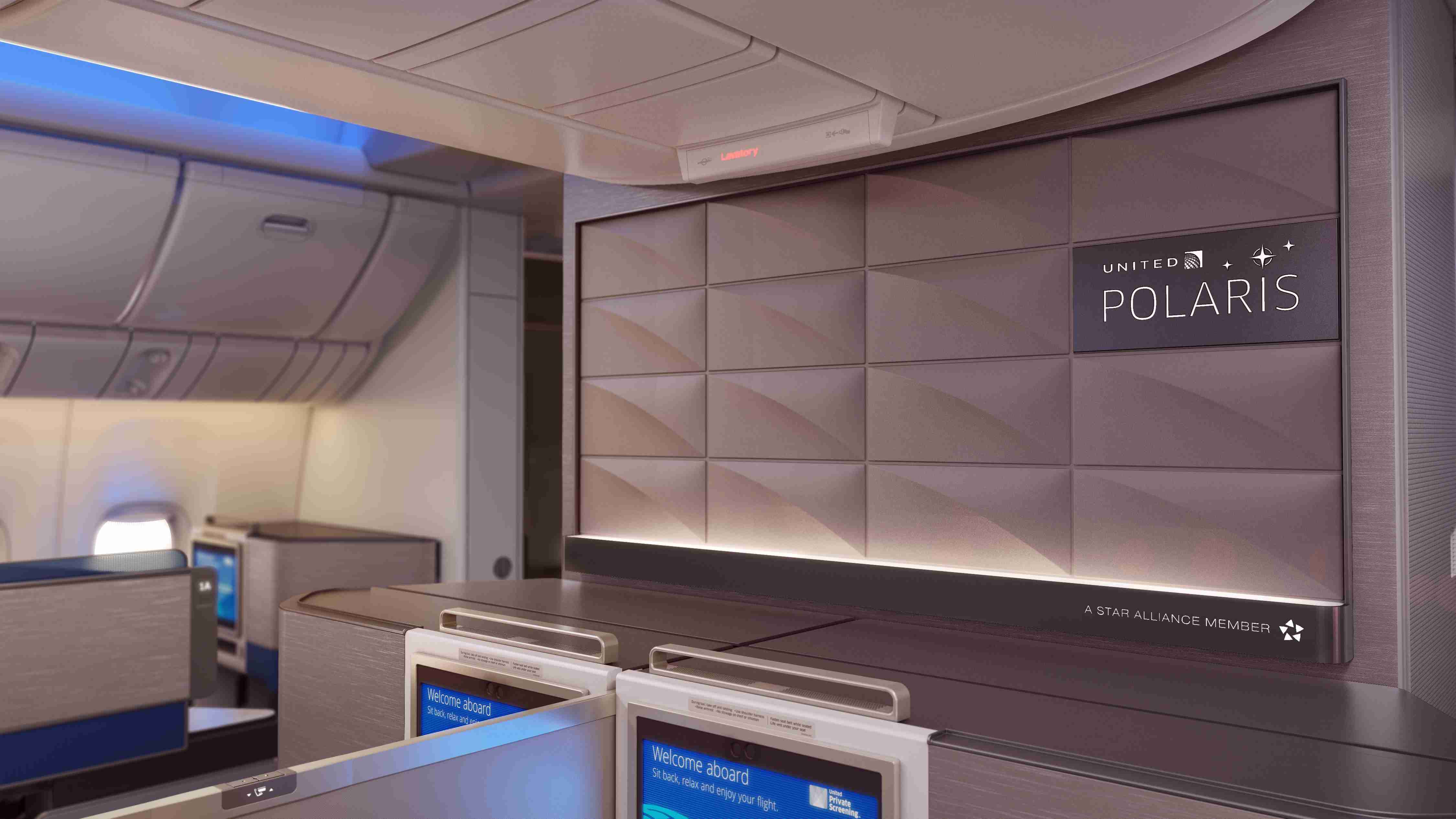 The absolute best expression of this individual approach—and I suspect one of the most successful elements of the new product in the long-term—is the airline’s wise decision to keep everyone out of the Polaris lounge, except those who have paid good money to get in.

The luxurious Polaris Business class lounge, designed from the outside in, transitioning from a venue for common comforts to a private zone of zen, will only be accessible to ticket-holding Polaris international Business class customers. No frequent flyers on economy class tickets—no matter the status of their cards. 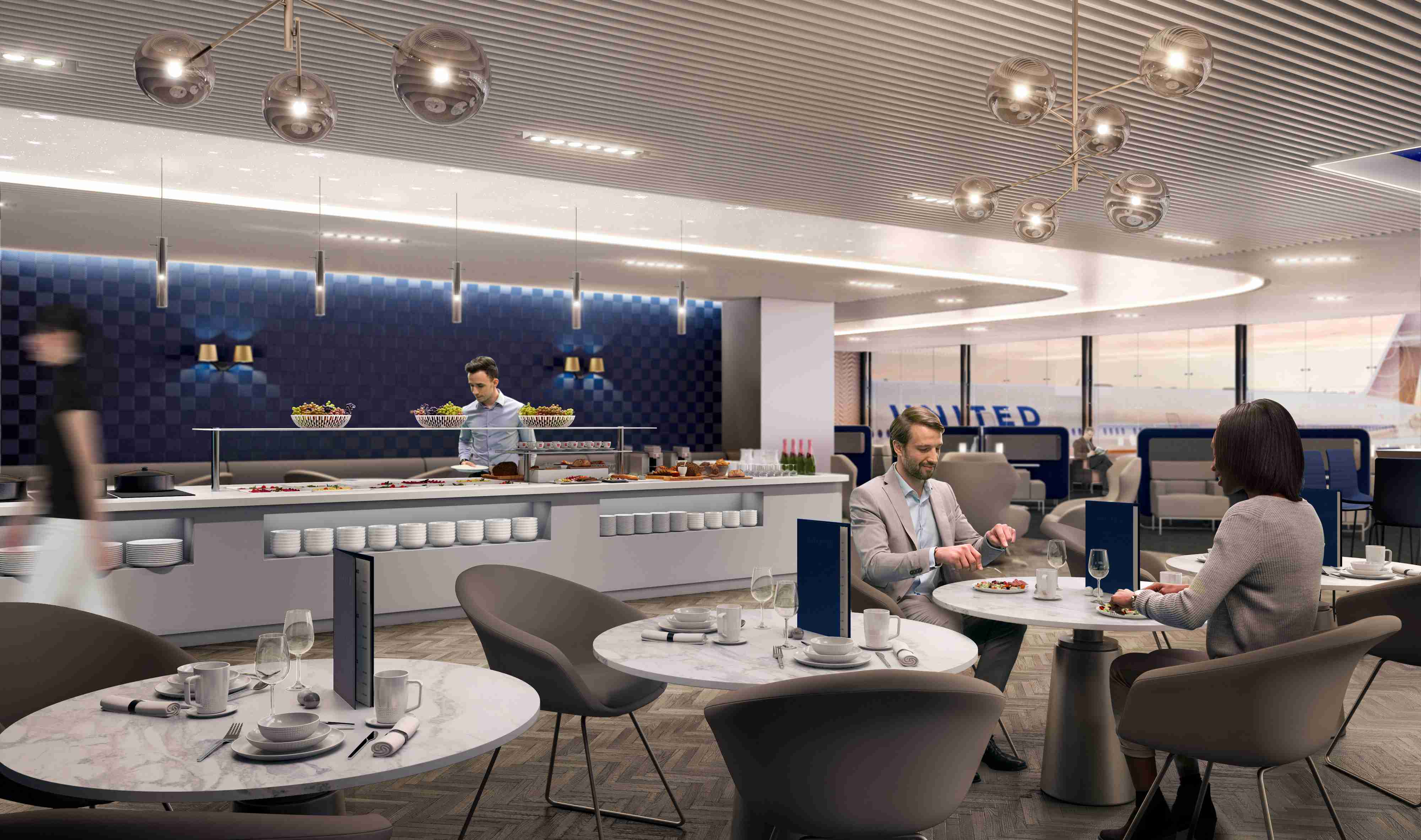 If you’ve ever travelled long-haul premium class on your own ticket, you’ll know that one of the primary friction points of the journey is finding that you’ve paid good money to receive the same level of treatment as any Tom, Dick, or Harriet holding a branded credit card.

People pay premium fares for elite services. Having to walk into a Business class lounge crowded by frequent flyers and their guests quickly dilutes the value of that premium ticket. 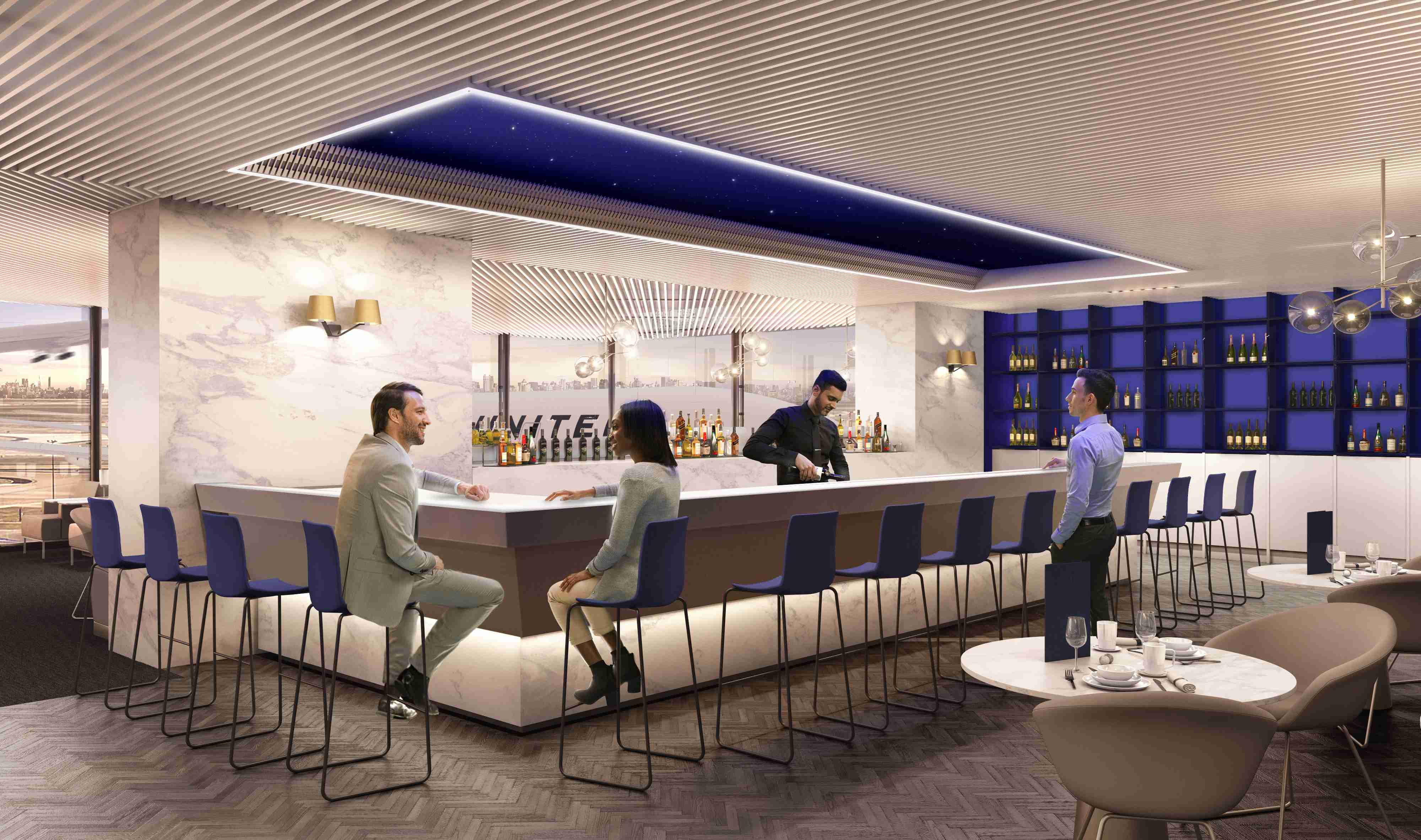 Some airlines have got wise to this by offering First class international lounges to their highest-paying customers, but where First class is rebranded as Business class no such substitute exclusive lounge product exists—until now. To the contrary, Business lounge is usually airline speak for “where we put the rest of you.”

From the moment Polaris customers arrive at the airport, after being herded through security like the rest of the travelling public, United welcomes them into an exclusive environment tailored to address their most common needs.

Food? No worries! There’s a buffet, or a-la-carte sit-down dining with chef-inspired meals served in a bistro setting.

Freshen up? Help yourself to the spa shower facilities?

Nap? We’ve got daybeds for that.

Quiet place to work? How about your own Quad seat—the perfect blend of private office and a comfy chair. 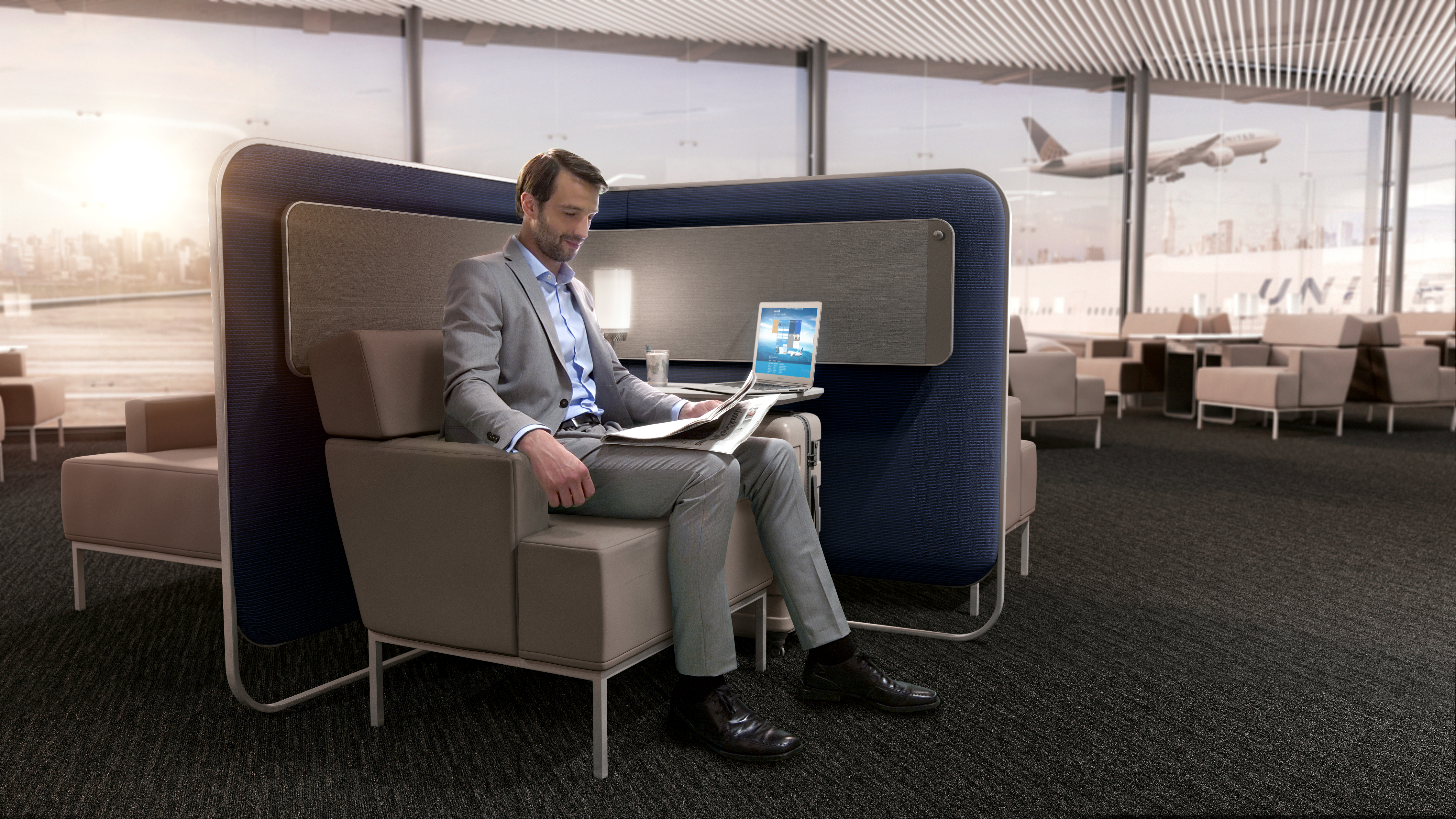 Plus the more common social seating areas which would help business travellers travelling together catch up on their agendas.

The rest of the product offering is equally impressive.

The seats are unique—one of a kind—patented by Acumen in London and designed for United by PriestmanGoode in London. PriestmanGoode have carefully crafted a holistic experience that carries through from the ground to the air.

“We have been working in close partnership with United Airlines to create a holistic, refined, human-focused journey. The new cabin and brand identity are the physical embodiment of United Airlines’ new philosophy, which keeps the passenger at its heart, and rather than merely move passengers around the world, aspires to move the world forward,” explains Nigel Goode.

“Our new designs will align the airline’s many products across the entire fleet, and provide a consistent, passenger-focused journey from home to destination.”

But neither the seats nor the design shine as bright as the service concepts they facilitate.

A private entry to the cabin is clearly separated from the rest of the aircraft with a beautiful decorative panel which matches the design language of the lounge on the ground. 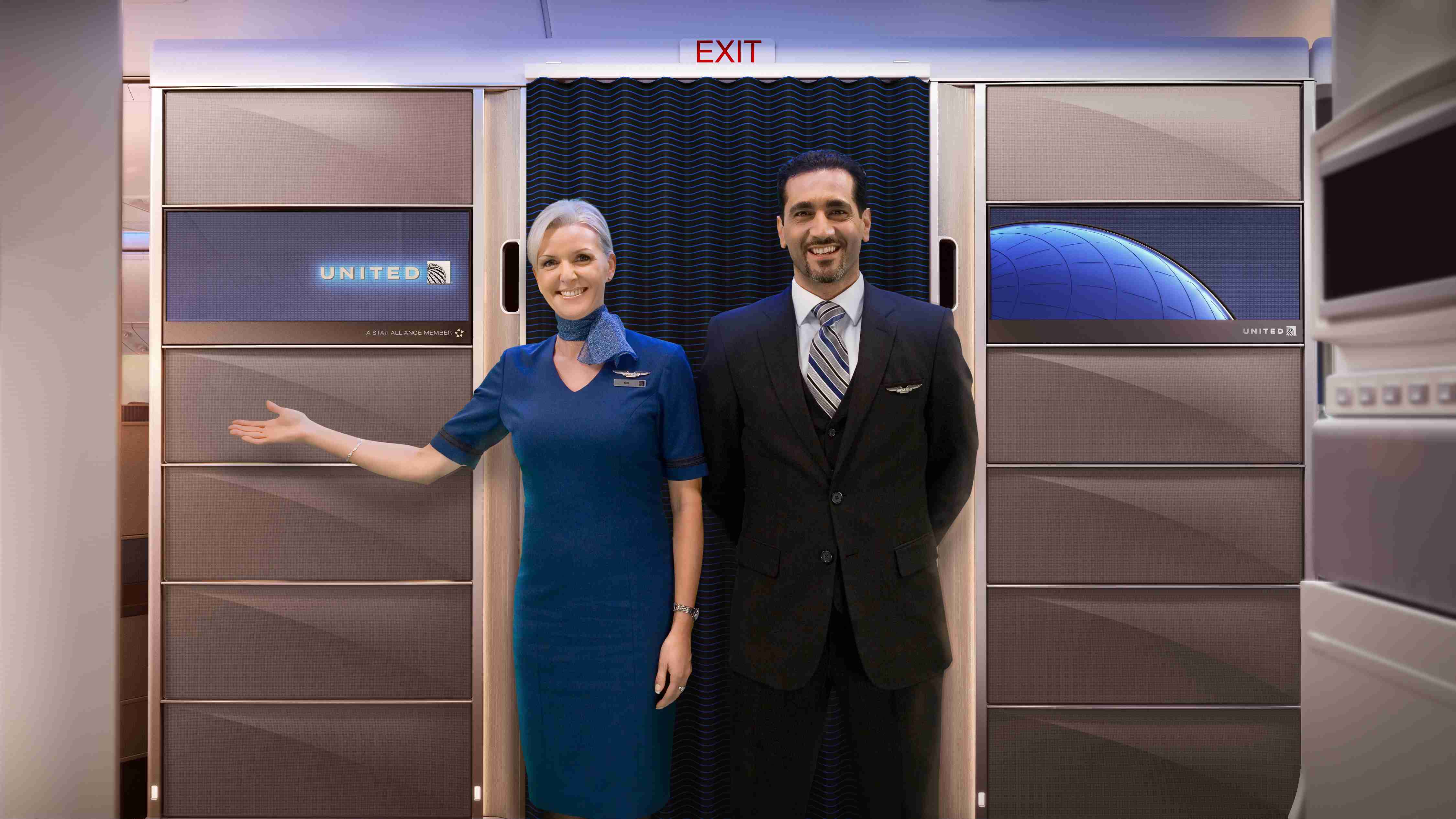 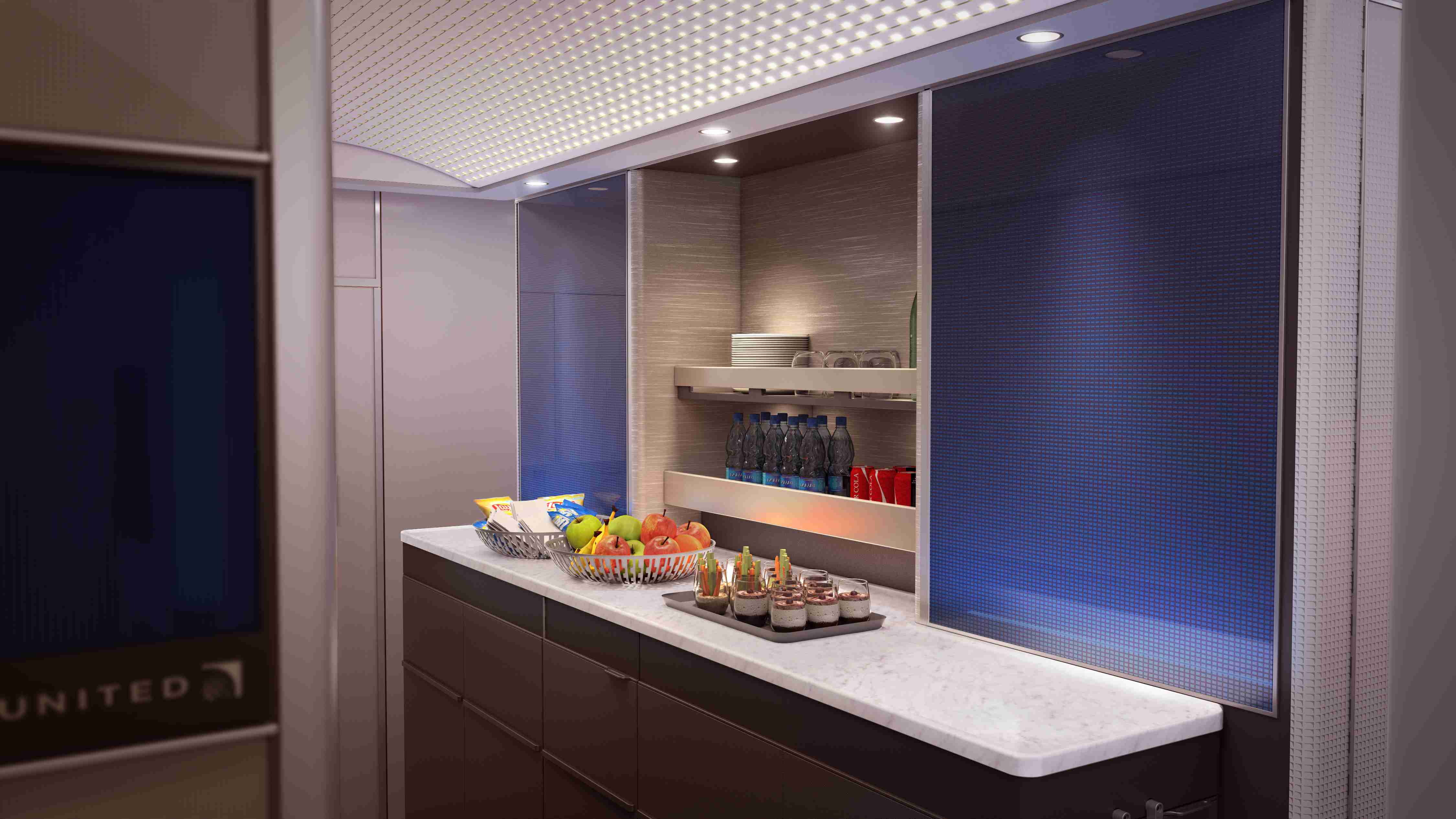 The airline states that more than 12,000 hours of research went into the creation of the Polaris International Business Class flying experience. United and PriestmanGoode reviewed input from hundreds of customers and employees, carried out inflight product simulations and more than 100 product evaluations before presenting Polaris to the world.

“United Polaris will change the game in international business travel with an exceptional level of relaxation and comfort throughout our customers’ journeys,” said Oscar Munoz, president and CEO of United. “This completely reconceived experience exemplifies the new spirit of United and the innovation, excitement and operational momentum across our airline.”

It certainly feels that way.

The only thing United could do better is trust itself to only sell this cabin—even if that means a couple of empty seats from time to time—don’t allow a single upgrade and you’re golden.

That decision would be unpopular with frequent flyers and would take real guts, but maybe the airline responsible for such a dramatic repositioning has matured enough in brand confidence for that controversial move.

Remember..people always want what they can’t have. That’s the whole point!