Competition heated up on routes between Singapore and the U.S. this week when both Singapore Airlines responded to United’s launch of service from San Francisco.

“Our nonstop service between San Francisco and Singapore further enhances our already unprecedented trans-Pacific route network and builds an even stronger gateway to the Pacific from our San Francisco hub,” said Jim Compton, United’s vice chairman and chief revenue officer. “These flights will offer our customers unique nonstop convenience when traveling to Singapore from the West Coast, with dozens of one-stop options from other cities across the Americas, including more than 26 that did not have one-stop service to Singapore before.”

United earned support for the launch from the Singapore Tourism Board.

“Singapore offers a unique Asian experience where distinct cultures — Chinese, Malay, Indian & Eurasian — come together to form a rich tapestry of diverse experiences,” said Kershing Goh, regional director, Americas, Singapore Tourism Board. “Singapore is now more accessible than ever with United’s nonstop flight, and its rapid progress as an innovative and forward-looking destination will leave visitors inspired by the possibilities of what’s to come.”

The United 787-9 Dreamliner experience to Singapore features room for 252 passengers—48 in United BusinessFirst and 204 in United Economy, including 88 Economy Plus with up to 5” of added legroom.

They do not, however, offer all aisle access in BusinessFirst, which can get awkward over long flights. 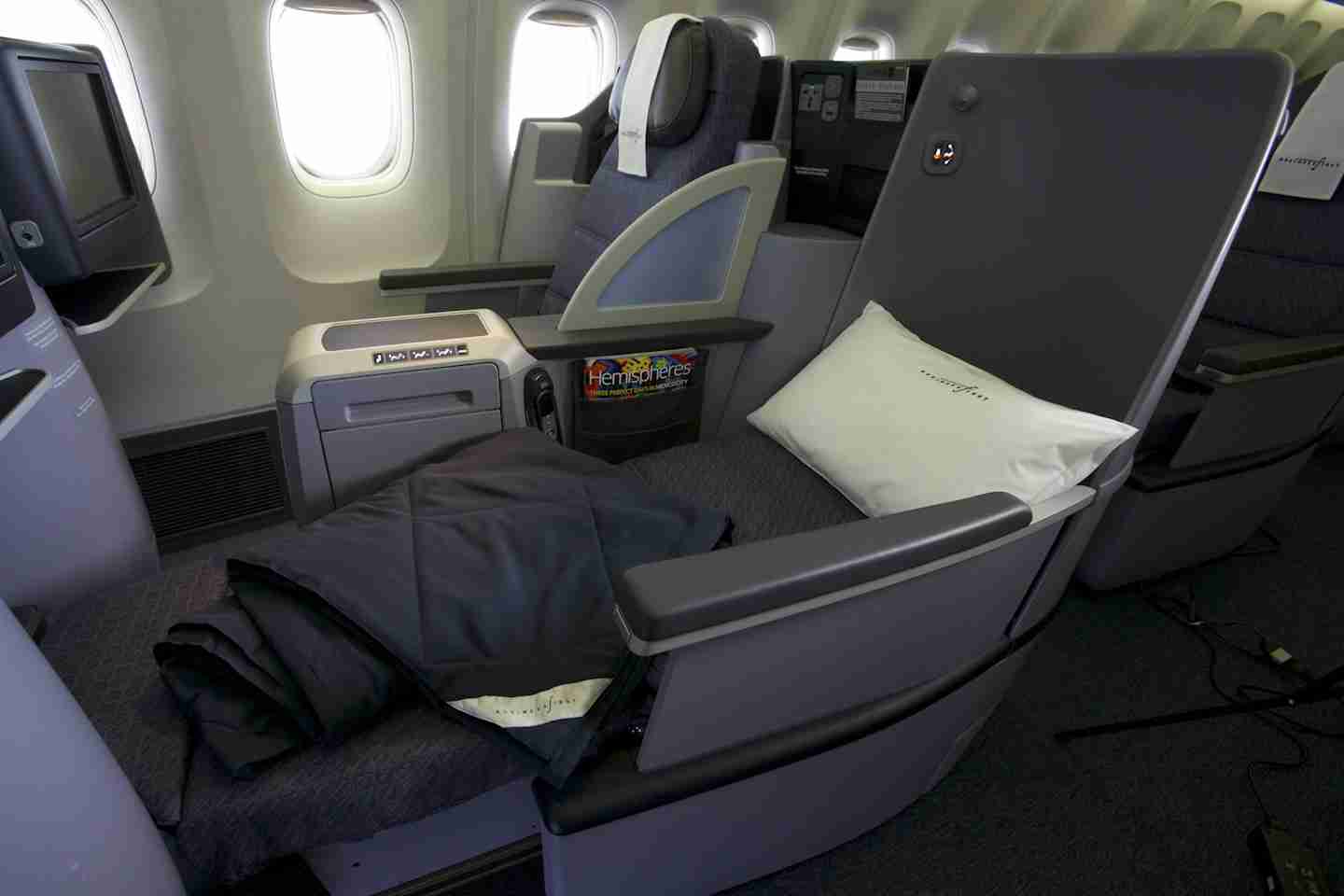 It’s unfortunate that United’s Dreamliner does not yet feature the airlines new game changing Polaris Business Class experience, which will first debut in December on the airline’s 777-300ER aircraft, and will later be incorporated on B787-10, Airbus A350-1000, with retrofits on 767-300 and 777-200 aircraft.

That might have put it on better footing to compete against Singapore on this route going forward.

Singapore Airlines has taken advantage of United’s experiential delay by bringing its “A-Game” to the launch of its own Singapore San Francisco route, with its new A350-900 aircraft.

The San Francisco service will launch on October 23 of this year..still well in advance of when United could conceivably compete with an upgraded Polaris Business class offering.

“Our customers have been asking us to offer more US services and we are pleased to be able to do so,” said Senior Vice President Marketing Planning, Ms Lee Wen Fen of the launch.

As a result Singapore’s airline’s A350 selection, all passengers flying between Singapore and San Francisco will get an experience upgrade.

Both aircraft offer important experience enhancements straight out of the factory, including better environmental controls, mood lighting, and ample room for luggage in the overhead bins. But the design of the A350 makes it roomier—on identical Economy cabin configurations.

In this case, both airlines offer nine-across seating in Economy, but the added width of the A350 cabin allows for wider seats (18″ v 17.3″), and there is also sufficient room overhead on the A350 to make the 3-3-3 seating lay-out feel less cramped.

Singapore’s A350 aircraft also features its new cabin products on the A350 which are superior to the current United 787-9 product from back to front. The aircraft seats 253 passengers in three distinct classes–Business, Premium Economy, and Economy–each designed to offer passengers the best experience money can buy within their budget.

Add to that Singapore Airline’s signature cabin service, including book the cook menus, state of the art IFE and onboard Wi-Fi, as well as the VIP service all passengers get regardless of their travel class, and we can expect SIA to quickly recover from the missed beat of United’s earlier route launch.

That said, the competition might encourage a bit of a fares war so it’s win-win-win for passengers either way.

Singapore Airlines snuck in a bit of bad news into the announcement of its new San Francisco service.

“SIA has at the same time taken the difficult decision to suspend services to Sao Paulo in Brazil as a result of the sustained weak performance of the route. SIA operates three weekly flights to Sao Paulo via Barcelona and the last flight will be operated on 20 October 2016. Services between Singapore and Barcelona will continue to be operated.”

Brazil is complicated for many.