Airline association A4E has released the results of a PwC study which reveals the long-term economic impact of ongoing Air Traffic Control (ATC) Strikes during its first “CEO Summit on Air Mobility and Prosperity” in Brussels this Tuesday.

“Unless the situation is tackled, the costs of ATC strikes between 2015-20 will be of similar magnitude to the entire GDP of Malta,” the group stated.

The 167 days of ATC strikes equate to disrupted travel about every other week (13 days).

Because planning for strikes requires proactive cancellations and because delays spill over to the day after strikes are concluded, A4E calculates a total of 213 disrupted days resulted from the 167 days of strikes.

PwC estimates that 475,000 flights were directly affected by ATC strikes during this period.

France leads Europe in ATC strike disruptions with 95 strike days from 2010 to 2015. That’s 72 days more than the second most disrupted airspace, Greece, during the same period.

The economic impact to Europe from all this disruption is severe because air travel is an important economic driver.

“The European aviation sector—with 900 million passengers each year—is one of the best performing parts of the European economy. Any disruption has severe knock-on effects on tourism and other sectors. We cannot let this destruction of productivity continue. These latest figures should provide a wake-up call for politicians in Brussels and the member states to work together with stakeholders on long-term solutions to protect individual mobility and European prosperity,” said Thomas Reynaert, Managing Director of A4E.

Most of the economic impact PwC calculated was from reduced tourism spending—estimated to be around €5.6 billion or over €930 million a year.

“Tourism plays a major role in the EU economy and is the third largest social-economic activity in the EU generating over 5% of EU GDP. Southern European states suffer more than others from ATC strikes because passengers are unable to reach their holiday destination. The EU Commission needs to put the tourism sector back into the spotlight – there are barely better programmes to tackle high rates of youth unemployment in Southern Europe,” said Reynaert.

Productivity is also significantly affected, with a cumulative economic impact of €3.3 billion or €550 million a year.

“Air travel is a crucial enabler of economic activity in Europe, directly affecting the wider tourism industry, businesses across most sectors of the economy, and job creation. Even a small increase in air travel can bring substantial socio-economic benefits, especially in areas of Europe affected by high youth unemployment. To ensure an efficient European network providing a crucial conduit for trade, tourism and economic growth, our call for action outlines nine principles to promote free movement by air, reliable airspace and prosperity,” said Reynaert.

The airline industry’s revenues have also been negatively impacted with an estimated loss of €551 million or around €92 million per year.

While in Brussels, A4E CEO’s repeated their call for the European Commission to take decisive action to prevent ongoing disruptions and associated costs in future.

“It is about time we work together to reduce the impact of these strike actions. Although we fully respect the right to industrial action, the demands of increasingly mobile European citizens and businesses cannot be taken hostage by localised industrial action,” Reynaert added. 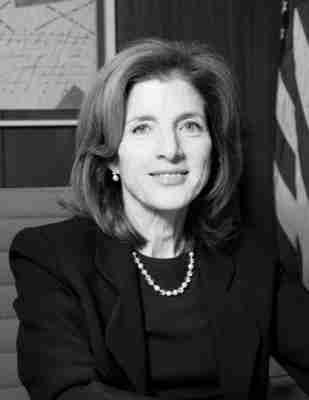