In its 2016 Airline IT Survey, SITA reveals that many airlines have plans to implement baggage tracking and many see clear benefits to passengers, but they’re struggling with the logistics. The implementation of baggage tracking systems is required for compliance to IATA Resolution 753 by June of 2018, but while the minimum objectives of that resolution are relatively straight forward, airline interpretation of what’s required to get it right may be inflated.

In its 2016 Airline IT Survey, SITA reveals that many airlines have plans to implement baggage tracking and many see clear benefits to passengers, but they’re struggling with the logistics.

The implementation of baggage tracking systems is required for compliance to IATA Resolution 753 by June of 2018, but while the minimum objectives of that resolution are relatively straight forward, airline interpretation of what’s required to get it right may be inflated.

SITA’s Airline IT Survey finds that 43% of airlines struggle with to predict the pathways of this program implementation.

As SITA reports, “The major issue most commonly mentioned by airline respondents is the lack of visibility of the investment and running costs of a baggage tracking solution.”

While some airlines may view baggage tracking as a high-tech investment which requires choosing among the many electronic bag tag systems offered in the market, and finding ways to share that data with passengers throughout the journey, these are steps further down the process of the project.

The first few steps are easier to take, and they are also the most critical.

The foundation of basic data exchange required under Resolution 753 matters most. Without that, everything else gets complicated.

As I learned while preparing an in-depth study of Resolution 753 for Passenger Terminal World Magazine in June of last year, the first step is to have a data exchange system in place with a common .XML framework which allows better accountability for incoming bags–as well as outgoing .

It’s important that airlines and airports understand the simplicity and the benefit of compliance to this resolution.

It does not hinge on selecting and deploying electronic bag tags—at least not up front. The data gathering and sharing matters most, and that can be done with the simplest scanning methodologies. Exchanging that information can be accomplished with systems already in place. Transferring that information onto your choice of digital displays and RFID or NFC or Bluetooth or GPS/GSM communications, yadda yadda yadda, can come later.

Andrew Price, Head of Baggage at IATA, explained the quick steps to compliance to me for this Passenger Terminal World article by saying:

“There’s a lot of complexity in the journey, and eventually we’ll want to capture all of the points at which bags change custody, but we are starting off with three: the aircraft, into arrival, and into transfer. It gives us enough information to know where the bag is at the airport so that it can be monitored properly.”

These three data points can be exchanged through the data standard proposed by IATA. Systems are already deployed in the market which can share this information with passengers.

“The systems can record tracking events and can generate standard baggage process messages,” Nick Gates, director of baggage portfolio at SITA explained. “They provide the basic baggage information that the bag has been seen, has been tracked and is being processed. As long as those messages are getting back to the other airports and airlines, we’re effectively sharing the data.”

Resolution 753 is designed to benefit airlines financially. With a clear record of custody between key points in the journey, airlines can better allocate the costs of bags lost in transfer from other carriers. Price believes that this loss recovery makes a strong business case for adopting a baggage tracking solution.

But SITA finds in its most recent survey that only 24% of airlines have a major program focused on the implementation of a baggage tracking solution, and 26% have no program plan in place.

“The remaining airlines are evaluating technologies through trials or pilot projects with smart bag tagging a key area of evaluation,” SITA states.

SITA says 39% of airlines “cited airport collaboration as a major challenge,” but airports are themselves waiting for airlines to decide before they invest in tag reader systems which might be a significant investment on the airport side.

Complicating the process is an understanding of scope required for the next step forward: data gathering.

There are a number of ways to get this done, but as Kim Madsen, system manager at Crisplant explained in the 2015 Passenger Terminal World article, RFID embedded baggage tags might prove most reliable.

“Some of the airports that have RFID, such as Helsinki, have proved it is very successful. You have a very high read rate on bags that have RFID tags.”

For this to work, airlines have to supply passengers with baggage tags that have RFID chips embedded.

As Delta proved this year with the introduction of its own baggage tracking solution,  the simple implementation of ‘standard’ printed baggage tags with RFID chips embedded works.

While there are other solutions out there which offer all the “bling” the beauty of this approach is that the printed RFID bag tag can be still be read at airports which use common laser scanners today.

It’s elegant in its simplicity.

The passenger benefits are great, but the potential cost savings are arguably greater. Delta invested $50 million to implement RFID at 344 stations around the world. That might sound like a lot of money—and it is—but it’s an investment which can be recovered through fewer bag claims and by properly allocating cost of any bags lost by transfer airlines.

SITA also says 37% of airlines are unaware of airport readiness, but this is a relative quick-fix. There are industry groups working on these matters; IATA’s Baggage Working Group is chief among them.

What is more, airlines have leverage and can open up a dialogue with airports on the basic requirements confident that they will be heard.

One factor SITA does not mention in the IT Survey is airlines’ data shyness. Airlines are weary of exchanging baggage data with potential competitors—even partners. This is no small thing.

Part of the problem is that exchanging baggage data may make competitors more aware of the share of the hold an airline is taking up. It could lead to a renegotiation of carriage costs.

The concern is understandable—and the same data shyness affects other IT improvement programs underway. Data is a proprietary asset. It is valuable. But a lot of data it also already ‘out there’. Just ask Google.

The advancement of technology gives rise to a number of uncomfortable questions on privacy—and not just for individuals.

Airlines will need to decide whether any potential exposure of openly sharing data once held securely in silos can be off-set by more efficient operations.

Competitive pressures from larger airlines implementing these programs—like Delta—could force others to catch up and improve their operations and passenger service.

SITA reports that 77% of airlines believe greater customer satisfaction is the major benefit of baggage tracking solutions—improved by sharing accurate information with customers.

And it’s urgent that airlines take charge of information flow.

If I can test your patience with a quick anecdotal aside, I saw evidence again this week of why airlines need to take nation now to prevent passenger befuddlement with mixed baggage tracking solutions.

Direct to consumer solutions give passengers baggage information, but passengers may not understand the process behind the curtain.

They expect that the product does what it says on the tin, that  information that is live and 100% up-to-date.

But, without the data on inbound bags confirming the arrival and loading on the carrousel for onward transfer, as Resolution 753 requires, the baggage tracking information is incomplete.

Sometimes the only data in the airline’s system is at the check-in point.

I speculated that this might lead to passenger confusion last year. It’s easy to imagine passengers arriving at baggage claims to report a lost bag, insisting on information provided by the consumer baggage tracker, resulting in friction at the claims desk.

When I returned from a flight to discover my bag missing this Wednesday (no big deal, the bag was home later that day) I went straight to the easy claims kiosk at Billund. But the printer wasn’t working so I headed to the desk to claim my receipt.

I stood next to a man from my flight who was frustrated with the desk clerk, insisting his bag was still in Canada because his baggage tracker said so. It probably wasn’t. It was likely stuck in transfer at the same European airport, and missed a tight connection, just as my bag did. But he was angry and insisting that the clerk reach out to his original carrier to find out why it never left in the first place.

The number of frustrated passengers who feel they know better—and insist on it—could prove a strain on customer service frontline personnel.

This could lead to numerous complaint calls or angry Tweets/Facebook comments to the wrong airline.  Passengers equipped with these consumer baggage tracking solutions may be attributing mishandling to their original carrier, when in fact the break in the chain of custody took place later on.

Those are the hidden costs of delays in the implementation of a baggage tracking solution–and they add up.

Any airlines which are still on the fence, their partner airlines which have already adopted Resolution 753 compliant systems, and airports which have to deal with the aftermath of angry customers at baggage claim need to factor in these “self-help crisis” costs when making their business case for baggage tracking implementation.

One Bit of Very Good News

SITA says the percentage of airlines which have ‘no plans’ in place for a notification system with bag collection details is now only 37%, compared to 60% in its previous survey.

“In fact, 61% of airlines noted more accurate and timely baggage information for passengers as a major benefit,” SITA states. 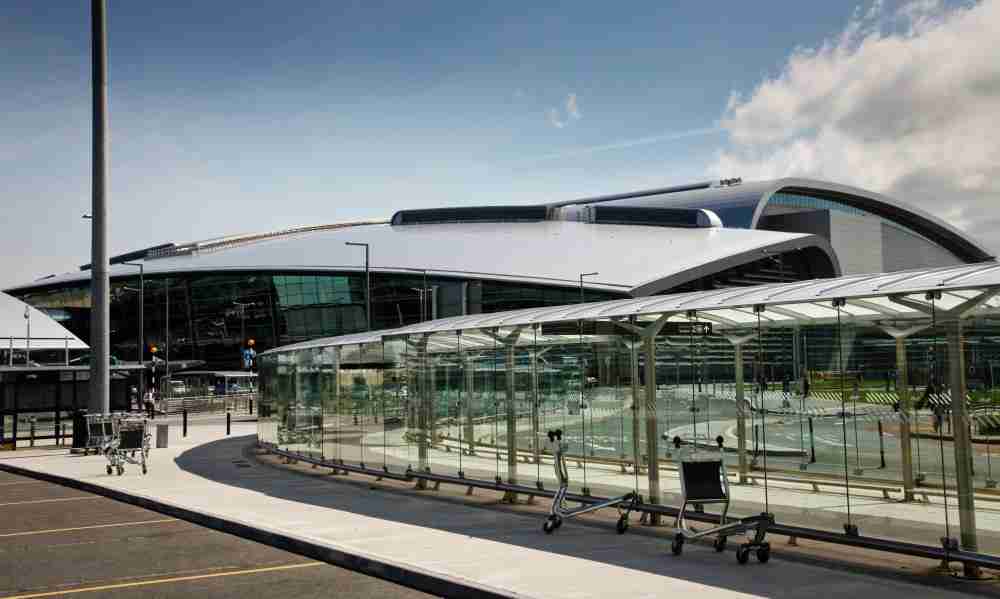