For any wondering whether demand for new aircraft is slowing down, Airbus and Boeing have a clear answer: no.

Each of the two aircraft manufacturers released their projections for aircraft at Farnborough.

Both aircraft manufacturers predict the total global aircraft fleet will double by 2035, driven by economic factors, an ongoing need to modernise fleets, and new-found airline profitability.

But when it comes to which aircraft size will dominate, the two manufacturers differ, leading to a difference in the total number of planes each manufacturer says we need. Airbus believes there is a market for 33,000 new planes by 2035, while Boeing expects demand for 39,620 new planes.

Boeing’s figure relies on a bet that many of the new widebody, twin-aisle, long haul planes will be smaller capacity.

The Numbers: New Airplane Deliveries Through 2035

Boeing divides its projections as follows:

Airbus paints a different picture of the future.

In other words, Airbus is banking on a larger share of highest-capacity plane carrying greater numbers of people around the world with fewer aircraft in the air at any given time.

Boeing, however, believes that airlines will tend to by smaller widebody planes to avoid flying VLAs with too few passengers onboard.

The projected new 530 VLA plane sales will be replacements, Boeing argues, and the overall trend will be towards fewer VLAs flying in future. Boeing projects a total fleet of 700 VLAs flying by 2035, compared to 740 of these aircraft flying today.

To date, Boeing seems to have been proven right. As the airplane manufacturer states in its Market Projections report, they have done this for 100 years now so they would know.

There’s something to that. Boeing’s own original Jumbo 747 aircraft are being retired. Few airlines, other than Emirates, are lining up to bulk-buy A380s.

Some airlines, like Malaysia Airlines, have found A380s are a critical cost burden if they suddenly have to fly on below break-even load factors.

The A380 was designed to carry many people. In fact, no airline flying the A380 today fits all the people onboard which this plane could hold. Much of the space on the A380 has been dedicated to customer comfort, even on Emirates’ new higher-density A380s.

For markets where there is insufficient demand for private suites and onboard showers (like the Copenhagen/Dubai route on which this larger capacity A380 cabin was launched), using the same cabin footprint to add more Economy passenger seats makes sense.

What’s more, the A380 feels less confining with more passengers onboard than other aircraft feel with fewer people onboard. That’s because of the room inside the cabin, especially overhead, and thanks to the way the cabin is divided—with galleys breaking up the visual strain of rows of passengers.

If airlines optimise the design of their A380 cabins to suit demand on a particular route, as Emirates has proven, then this plane can be sustainable and extremely efficient.

But there is another factor working against the A380: finding airports where it can land.

The A380 requires airports to make significant investments to build infrastructure around this plane.

Even today, not all airports have enough room to host the A380, which gives an advantage to smaller widebody twin-aisle aircraft.

“Airlines make widebody order decisions are based on the airplanes’ versatility, asking questions such as does the airplane have the efficiency to open new routes, does
it have the ability to go longer distances, and will it provide the right amount of seats for the market. As airlines continue to focus on versatility, we have seen a move from larger widebody airplane types to smaller widebodies,” Boeing writes in its 2016-2035 Market Outlook. “In 1995, the large-size widebody airplane accounted for 36 percent of the in-service fleet; today that number has shrunk to 11 percent, and by the time we get to 2035, it will be 5 percent of the market share. The Boeing smaller widebody product family—the 787, 777, and 747-8i—goes above and beyond answering airlines’ requirements for this category.”

There is one notable exception to the market shift Boeing projects away from VLAs.

The Middle East market, where these aircraft are already largely concentrated, will continue to demand VLAs, Boeing acknowledges.

Based on this, Boeing believes that the Middle East Market would need 320 very large aircraft.

That’s still fewer than Airbus’ projections, but it is the majority share of the VLA planes Boeing believes airlines will buy.

It’s also only 10% of the planes Boeing expects the Middle East will need in the coming decades.

Boeing believes that regional growth of low-cost carriers will result in demand for 1,510 single aisle jets in the Middle East over the same period—a full 45% of all new planes purchased.

Airbus makes an interesting case for VLAs. It says tomorrow’s Mega-Cities–those serving from 10,000 to 50,000 daily long-haul passengers–need the A380.

According to Airbus’ projections, we’ll have 93 Aviation Mega-Cities around the globe by 2035, serving 2.5 million long-haul flight passengers, and representing more than 95% of long-haul traffic routes. These cities will also produce 35% of World GDP.

The European plane manufacturer says a number of airports at these Mega Cities suffer from “conditions which make it impossible to meet demand.”

Solving this dilemma is the Airbus A380. Because it can carry larger number of passengers in a single flight, this aircraft reduces the burden on infrastructure at these Mega Cities.

In fact, as I shared during Airbus Innovation Days, Airbus has launched an awareness campaign, touting the cities which credit the A380 for improving airport operations, connectivity, and the local economy.

It’s a claim too easy to dismiss. A cynical eye can view this as Airbus making one last strong argument for an aircraft which—despite its many benefits to airlines and passengers—seems to be in decline. It could just be arguing for aftermarket demand which favours airlines that could soon replace their A380s for a different type of plane.

In what was a setback on Tuesday–after an otherwise bustling Farnborough for Airbus–La Tribune reported that Airbus will cut production of the A380 to a single plane a month, compared to 2.5 aircraft a month today.

That sounds like a reversal of fortunes for the Airbus A380.

To make matters trickier, Boeing could introduce a B777-10X which would fit 450 passengers onboard, but which would prove more airport-friendly.

But before we toll the bells on the A380, there could be another more immediate reason for Airbus’ A380 production pull back: the strong market performance of the A350, and the introduction of the A350-1000 which will seat 366 people.

The A350 will not necessarily steal orders from the A380–though in some cases it could–but Airbus has big orders to fill now for this plane. The manufacturer could simply want to focus its production capacity around completing those orders–putting all hands on deck.

As it is, vacations were shuffled this year to catch up with orders pending. In France, that’s a big deal.

It’s possible that slowing down of A380 production is a temporary measure.

But it doesn’t matter. The size of the aircraft is a distraction.

With or without the A380, Airbus’ argument about tomorrow’s airport Mega-Cities and the challenge of supporting all that growth is sound.

Major airports around the world are already taxed to accommodate demand, and infrastructure can take years to develop–just ask Heathrow and Gatwick.

We should not just consider infrastructure needs on the ground, but also in the clouds.

We talk a lot about connected aircraft and about next-generation air traffic management infrastructure.

Regardless whether you agree that there is a solid market for the A380, or whether you believe that Boeing is right that the world needs more planes flying fewer people more often, we need better management of flight traffic around the globe to make the numbers work.

That can only be accomplished by modernising technology on the ground and in space.

Rather than wonder why Airbus reduced the current production rate of the A380 to one a month, we should look more closely at Airbus’ unveiling of NAVBLUE at Farnborough.

“NAVBLUE’s offering will be clustered around three pillars: ‘Data+’, best-in-class aerodata products giving customers access to the right data at the right time, in the right format and in the right place; ’N-Software Services’, tailored software services enabling customers to enhance their operations through unique software solutions; and ‘Bespoke Solutions by NAVBLUE’, optimizing the overall air traffic management ecosystem by providing products and services around safety, compliance and performance monitoring,” Airbus states.

The future isn’t really about planes, nor about airports. The future is about passengers.

IATA expects 7 billion of us will be flying by 2034. We will need many more planes by 2034 than we have flying today. But we’re quickly reaching the limits of how many planes today’s aviation infrastructure can manage.

If we plan to fly twice the number of planes by 2034, airlines, airplanes, airports and airspace management will need to hurry up and get ready.

Whatever size or brand, those 30 or 40 thousand planes, thick or thin, long or short, will need major investments in technology to fly reliably and safely–everywhere. 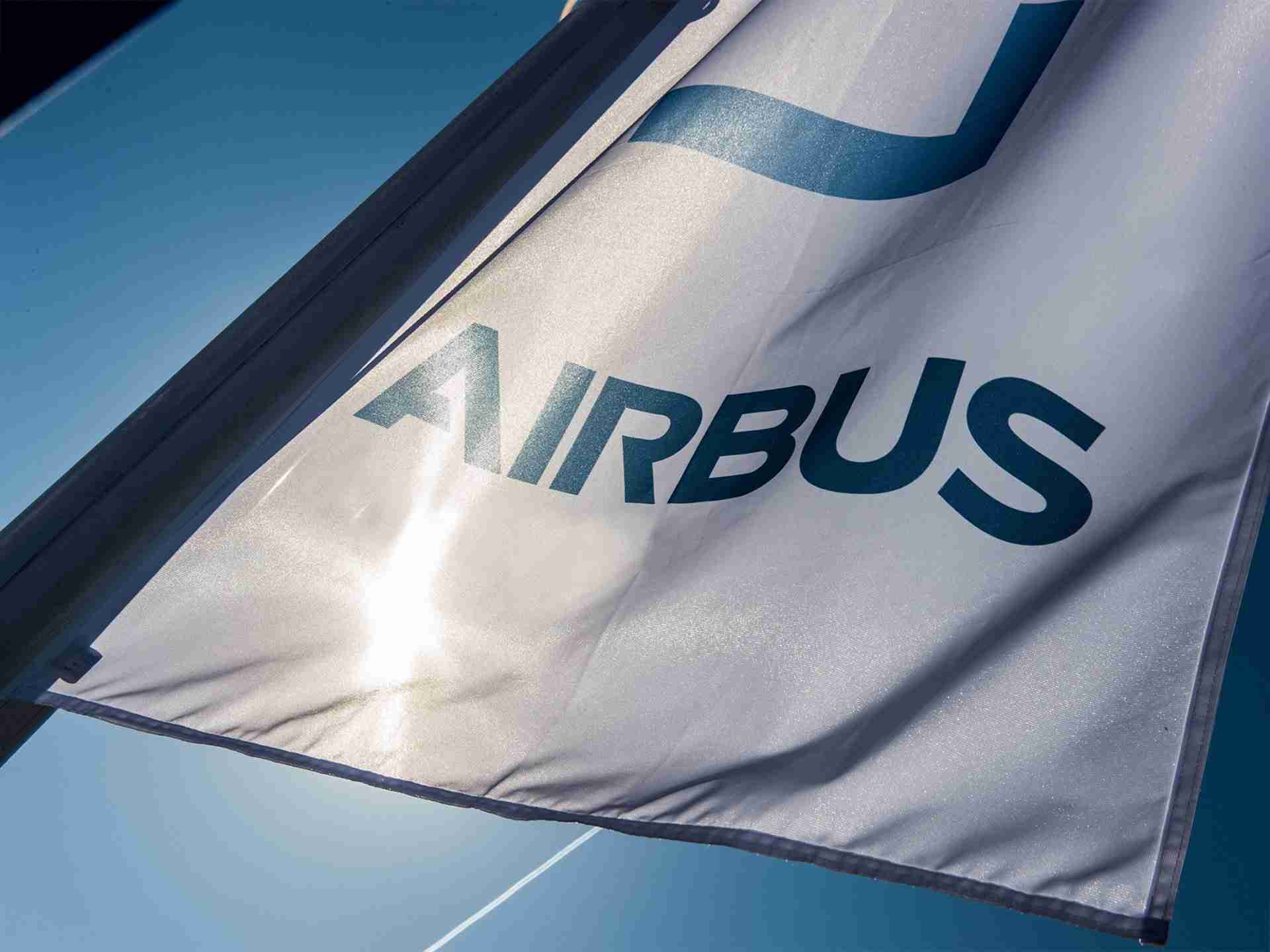 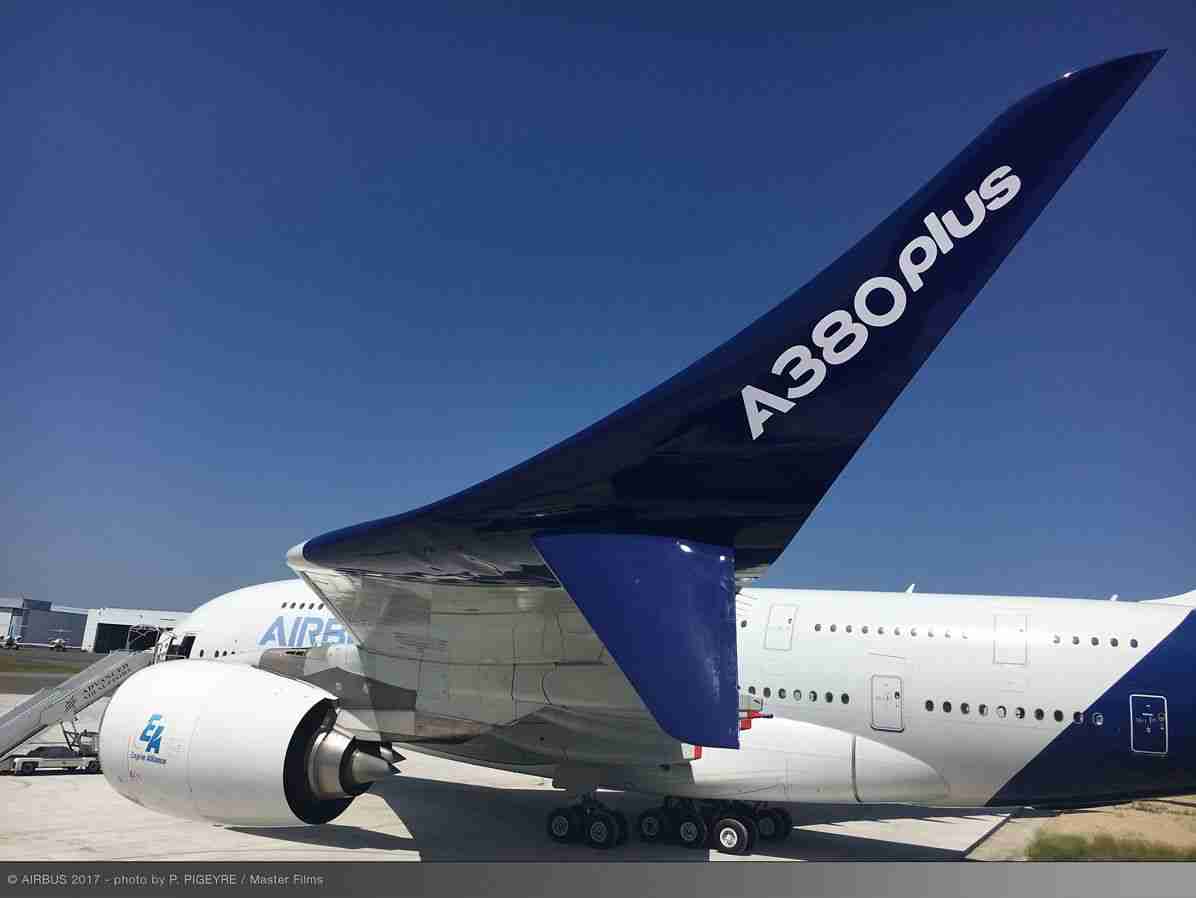 5 thoughts on “Yes, We Need Twice As Many Planes. But Will Size Matter?”