Due to a recent incident of a Pokémon GO Player interfering with the safety of flyers at the terminal, Copenhagen Airport has issued a special, very bright, very attention-getting Airside Safety Alert. It warns Pokémon GO Players against hunting on airport grounds.

The Airside Safety Alert cites a case of an individual Pokémon GO Player driving around airside, in traffic, hunting for a Pokémon figure.

“There was no accident in that situation,” Copenhagen Airport states, “but beyond this the use of hand-held phones [while driving] is illegal according to The Road Traffic Act. It must also be quite clear that the hunting of Pokémon characters–also on foot–airside must not take place.”

Which Pokémon figure the rogue driver was chasing remains unspecified. It really doesn’t matter if it was a Mew or Pikachu.

DO NOT GO POKEMON HUNTING AT COPENHAGEN AIRPORT.

But feel free to catch a flight at CPH to a safe and exotic location where Pokémon hunting could prove fun.

This is good policy at any airport around the world–though, as the APEX association reports, a number of clever airlines and airports have found constructive and SAFE ways to make all the Pokémon GO fun pay-off.

Copenhagen further states that it has discovered that three Pokémon figures appear on Pokémon GO, near air traffic at the airport and–again, in case this was unclear–DON’T! GO. CHASING. THEM. At CPH.

It was bound to happen, but none the less this is disruptive to normal airport operations and extremely unsafe.

GO! Catch ‘Em All somewhere else. Please. Thanks. 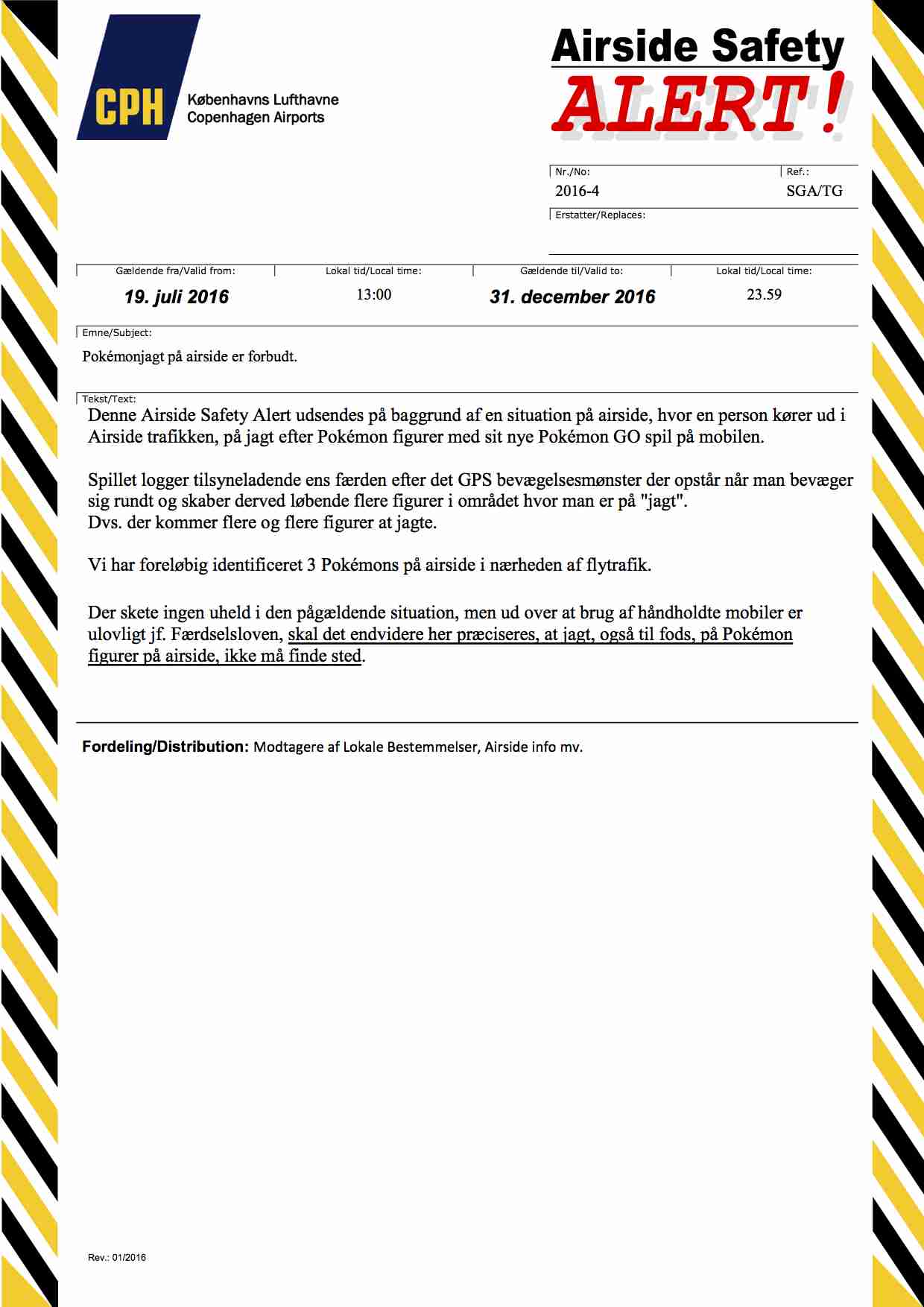