Today is Amelia Earhart's birthday. She is remembered because she was lost. I have a bone to pick with Amelia. Not because she disappeared, but because while she was with us she gave the worst possible advice to a young girl thinking of a future career in aviation: "perfect yourself in secretarial work and obtain a position on the ‘fringes,’relying on your ability and desire in order to succeed."

Today is Amelia Earhart’s birthday. She is remembered because she was lost.

I have a bone to pick with Amelia. Not because she disappeared, but because while she was with us she gave the worst possible advice to a young girl thinking of a future career in aviation: “perfect yourself in secretarial work and obtain a position on the ‘fringes,’relying on your ability and desire in order to succeed.”

She said other stuff. Read the link. But it wasn’t much more ambitious. How can you read that, as a little girl, and not feel a bit let down? Maybe Amelia didn’t write it. Maybe her handlers did. It doesn’t matter.

Amelia did what many women dreamed of doing, but few dared to do. She became a darling of the media. She disappeared. She became a mystery, a legend. We will never forget Amelia.

But what happened to Miss June Pierson, of Detroit Michigan (the little girl who wrote the letter)? We don’t know.

If you Google her, the only memory that comes up related to her name is the post I wrote about Amelia’s letter earlier this year. However well intended, Amelia’s advice was ineffective.

Working in the fringes has never helped any woman get ahead. Not in aviation. Not in other STEM fields. Not in anything.

Let’s teach this to our daughters instead: “Get in there and claim what’s yours. The world belongs to those who don’t ask for permission!”

Memory Is A Fickle Beast

While we remember Amelia, we have to be reminded of other women who managed to make it all the way to their goals and back, then fell to obscurity.

Let’s review their accomplishments, honor their memory, and solve the mystery of why I still have to write articles like this in 2016.

Beryl Markham, Aviator and Adventurer, one of the first bush pilots, first woman to fly solo across the Atlantic from East to West, author

Jerry Mock, Aviator, first woman to fly around the world

This is a very short, very incomplete list. It’s barely enough to get started. Forget Pokémon, and GO find them all. They’re out there. Their stories are waiting for a sequel.

Please help grow this list by adding your favorite women firsts in aviation or STEM in the comments below.

One reader suggested Katherine Johnson be added to this list–an excellent choice, thank you Chris! Katherine, who is still with us, is an American physicist, space scientist, and mathematician. A leading woman in STEM who should inspire women of every age to prove maths aren’t just for men.

Also, I’ll add Ada. Augusta Ada King-Noel, Countess of Lovelace survived being the daughter of famous piece-of-work Lord Byron and became the mother of computer science and programming, because she could rock mathematics like very few people before her or since.

Ladies, LEARN to CODE the future shouldn’t be mysterious hieroglyphs for the gender which engendered it! 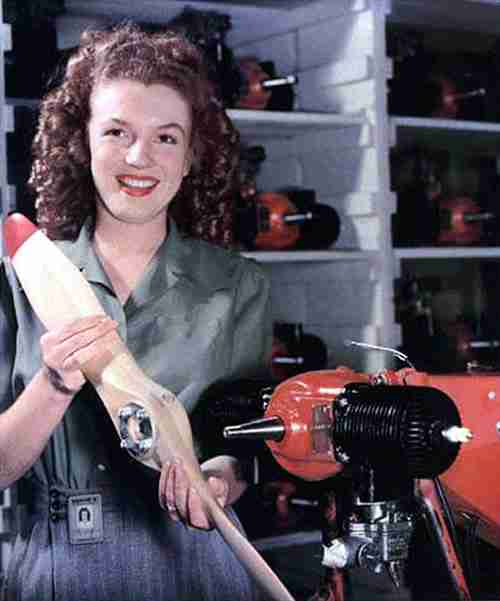