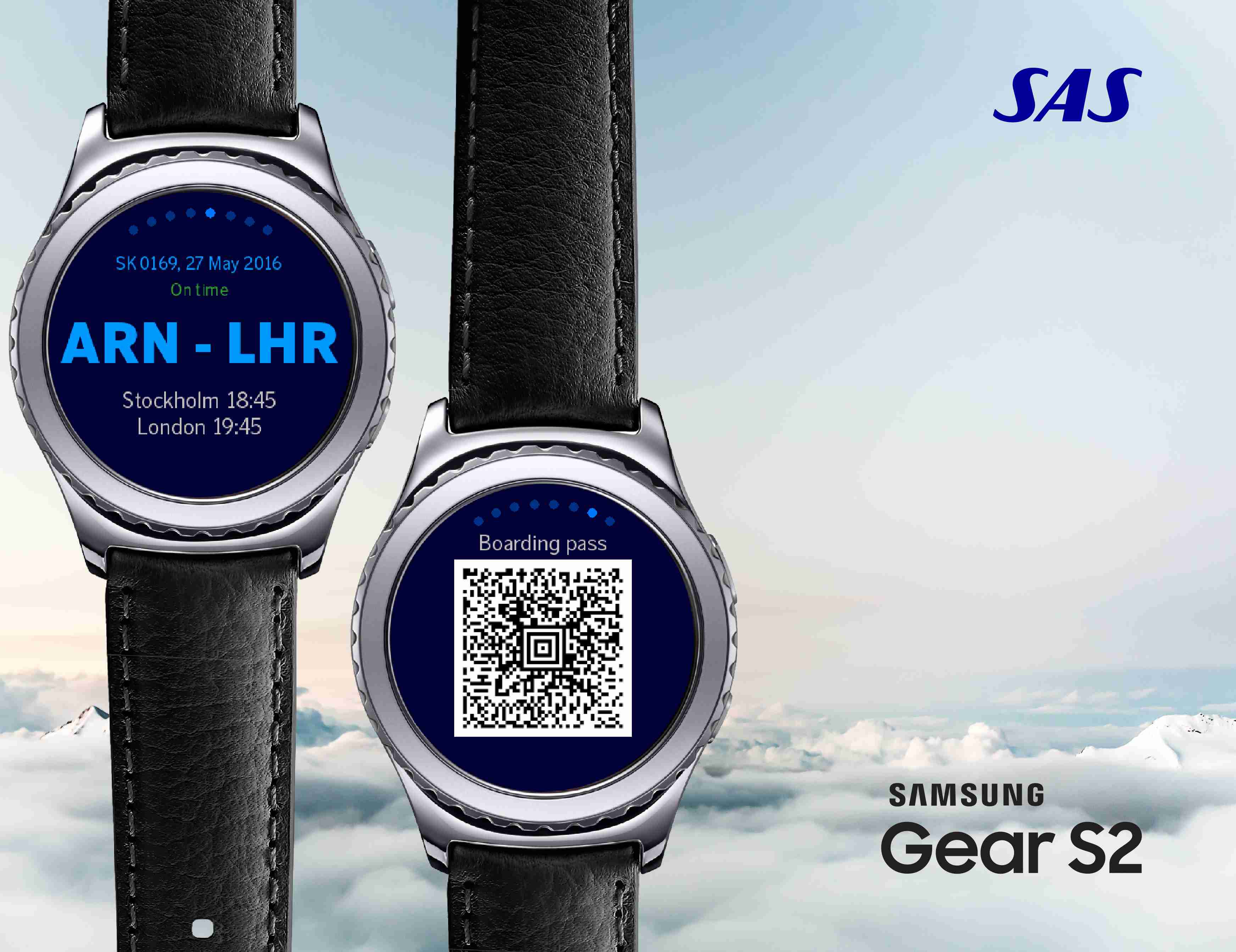 “We’re constantly trying to make life easier for our customers. In addition to having good network connectivity and important front line services such as Fast Track and SAS lounges, smart digital solutions will be a critical part of our efforts to make traveling even easier in the months and years to come,” says Massimo Pascotto, Head of SAS Labs.

The watch app also takes advantage of new NFC technology, which avoids the “can’t fit my wrist in the scanner” issue that plagues other airline wearable apps.

With SAS’s new Smart Pass, users can simply place their watch next to the NFC reader to clear airport security.

NFC technology has become popular and common use in Scandinavia, for everything from the week’s shopping to filling your fuel tank, or grabbing a quick bite at McDonald’s. SAS has explored the possibilities of this technology including micro-chip implanted rings and armbands.

“I think most of us have, at one time or another, stood at check-in with bags in our hands, desperately fighting to get a cell phone or paper ticket out of our coat pocket so as not to hold up the line. Working in conjunction with SAS, we’ve now created a solution that we hope will make traveling both easier and less stressful,” says Adam Fors, Nordic Marketing Manager at Samsung.

The new SAS Samsung Gear S2 app is available from Galaxy Apps and compatible with the SAS app version 2.13 for Android.

My 2 Bits: We’ve thought wearables were a fad, and last year they might have been but we should expect them to become more relevant and useful as the technology is adopted for other everyday applications. Convenience is everything.