The International Air Transport Association (IATA) has released its July report of the Airlines Financial Monitor, showing Premium services are still an important buffer for airlines against economic downturns.

“The premium segment continues to offer an important buffer for overall airline financial performance. Premium airfares have held up better than their economy counterparts on many of the main premium routes so far this year,” the association states. 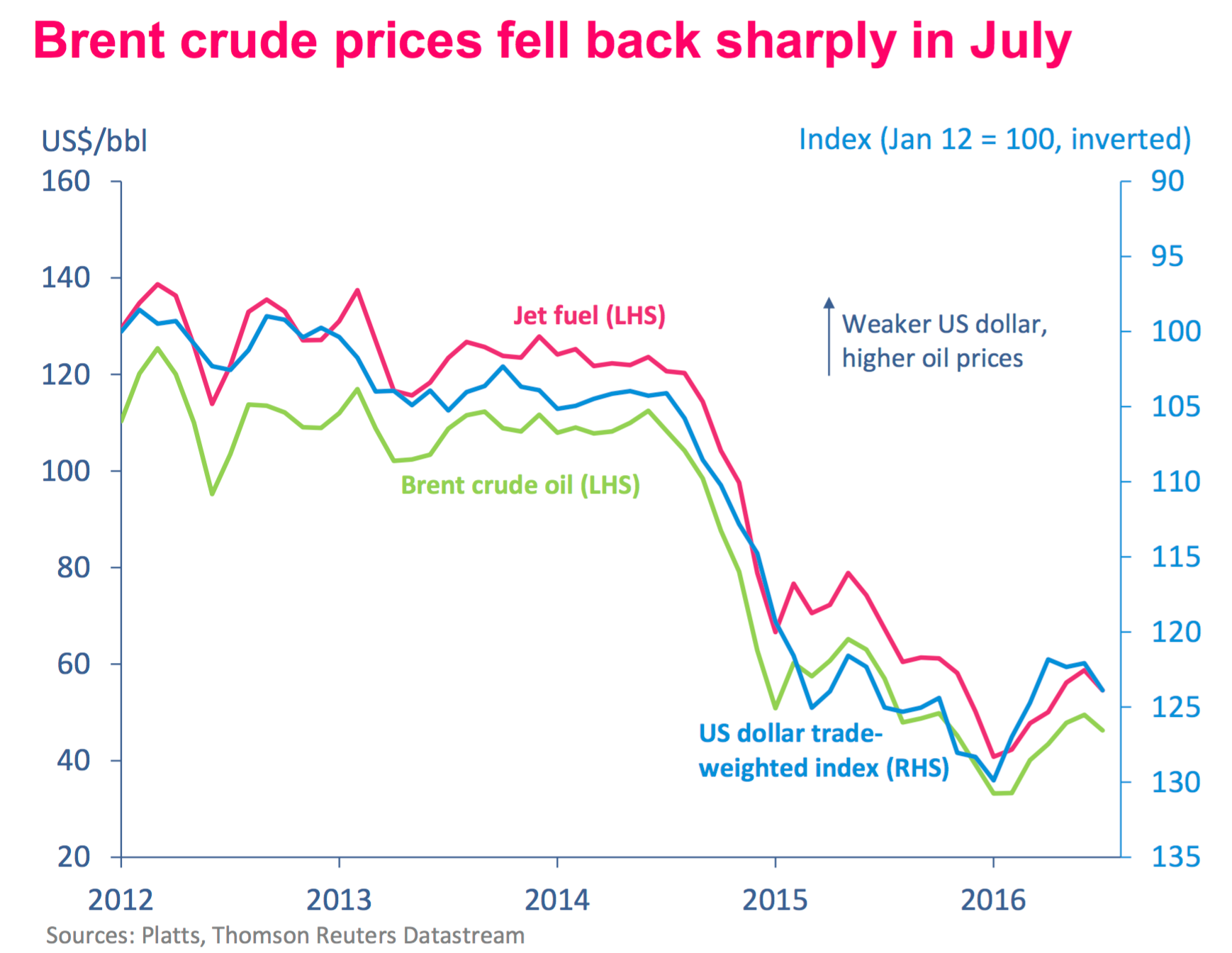 IATA reports that the global air passenger market showed solid growth in annual terms during H1 2016, but the upward trend has eased in recent months driven by modest economic growth and the cumulative impacts of terrorist attacks. 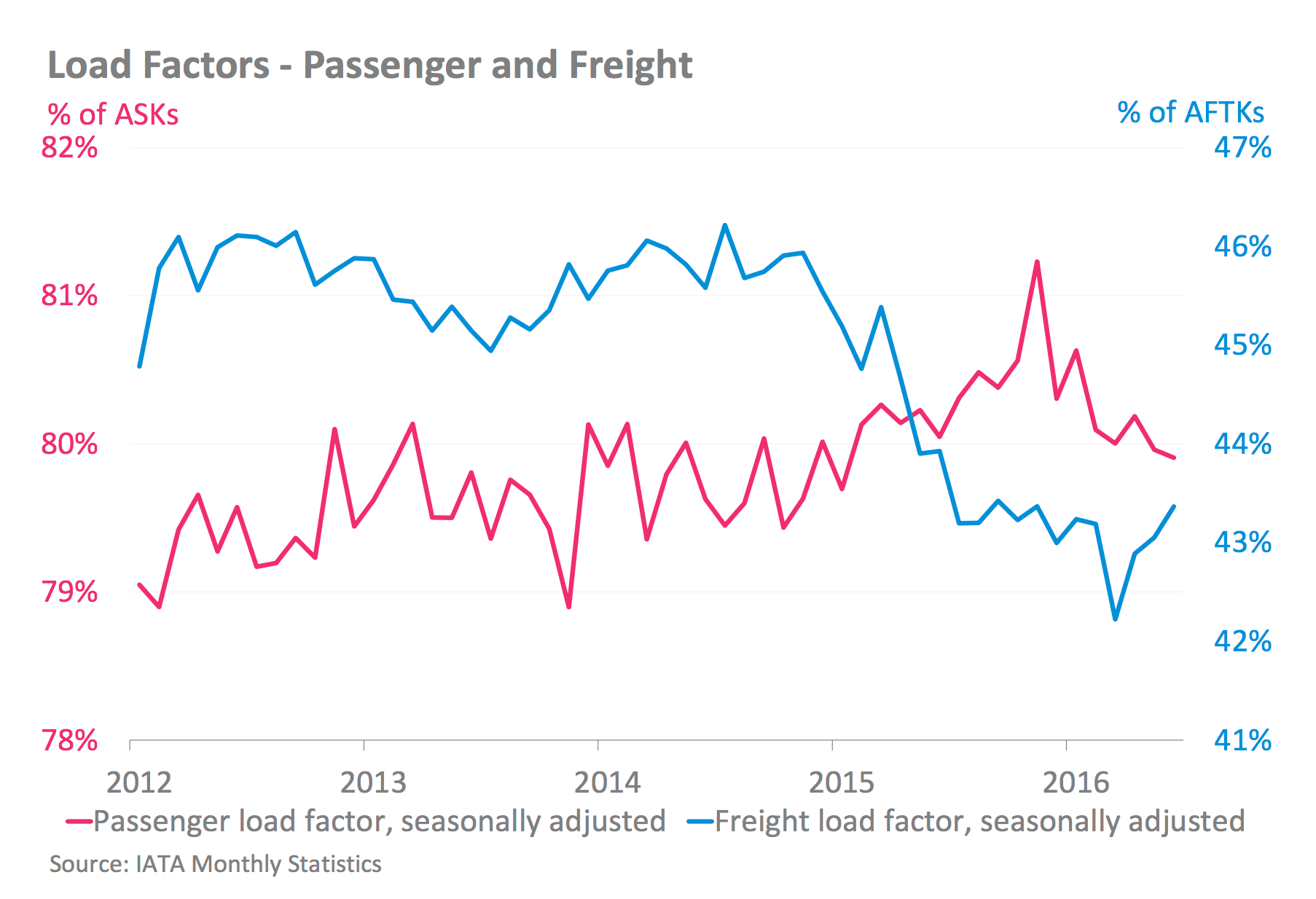 “The industry-wide passenger load factor was 79.2% in H1 2016—just 0.2 percentage points lower than the all-time period high reached in 2015. The industry has managed to keep seasonally-adjusted load factor broadly stable at around 80% over the past five months. High achieved passenger loads have helped to support robust financial results in recent years,” IATA states.

The premium passenger market is performing well, which could drive greater focus from airlines on improving services in the air and on the ground to attract and retain high-revenue flyers.

While the numbers of premium passengers has softened slightly—in keeping with passenger traffic trends—fares revenue has increased. 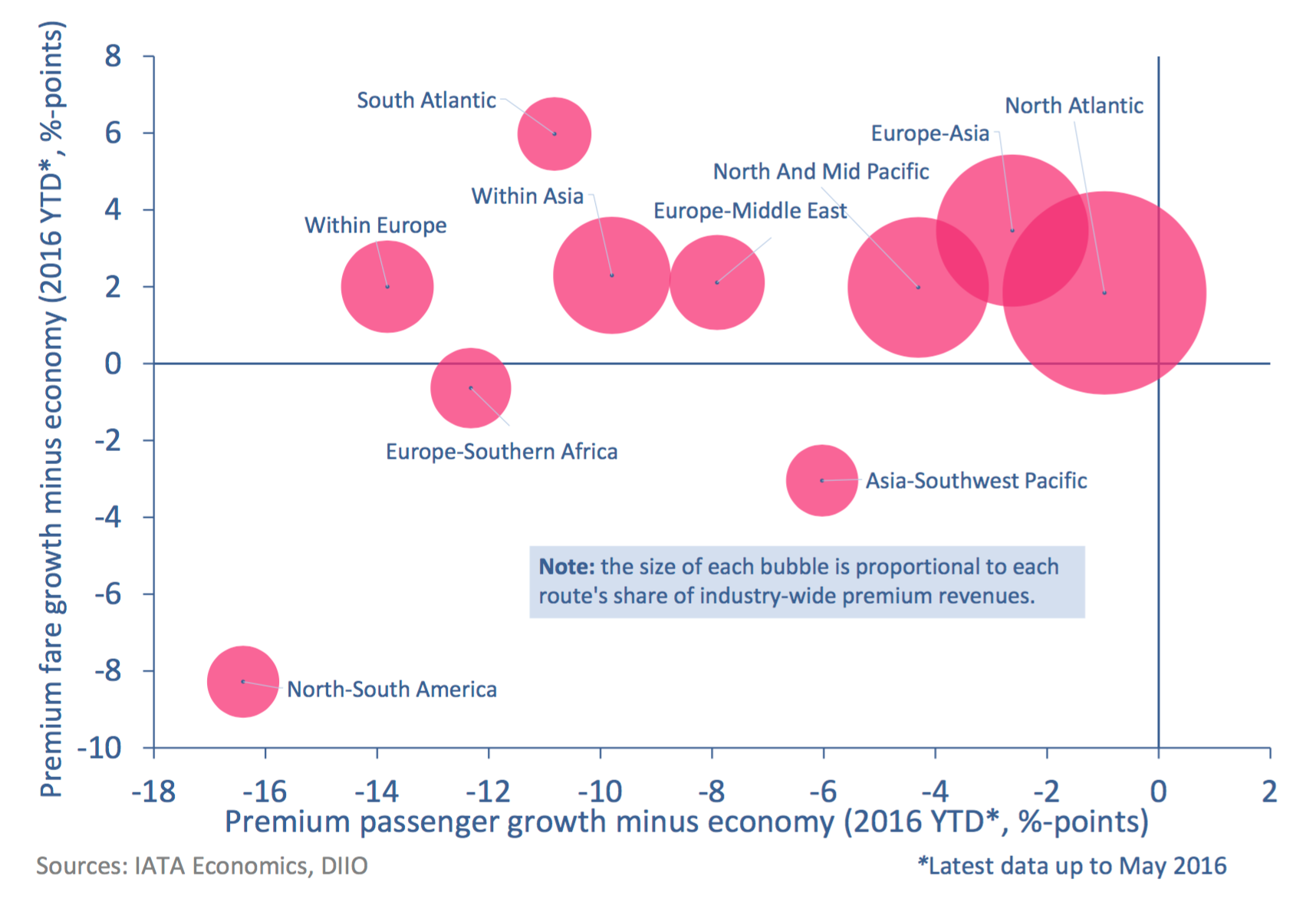 “Premium international passenger traffic growth has continued to lag behind that of economy. O-D premium international journeys accounted for 5.5% of the total over the first five months of 2016, from 5.9% in the same period a year ago,” IATA states.

“Nonetheless, premium fares have held up better than those in economy on the majority of the key premium routes. In fact, premium’s share of revenues has risen slightly so far this year on the North Atlantic and Europe-Asia markets (which accounted for nearly 40% of industry-wide premium revenues between them in 2015). With industry yields coming under pressure, the high-yielding premium segment offers an important buffer for overall airline financial performance.”

Note: IATA has previously told me that it includes Premium Economy ticket sales in its premium passenger market figures.

This raises a familiar question for flagship and full-service airlines: is it better to dilute the product to compete with low-cost carriers and fill economy seats, or to build a better mix of premium cabin space utilisation, to attract more high-revenue flyers?

It’s a complex decision for airlines, but competing only on price, treating air travel as a commodity, was never a smart policy.

Just ask Ryanair about the benefits of ‘Always Getting Better.’ 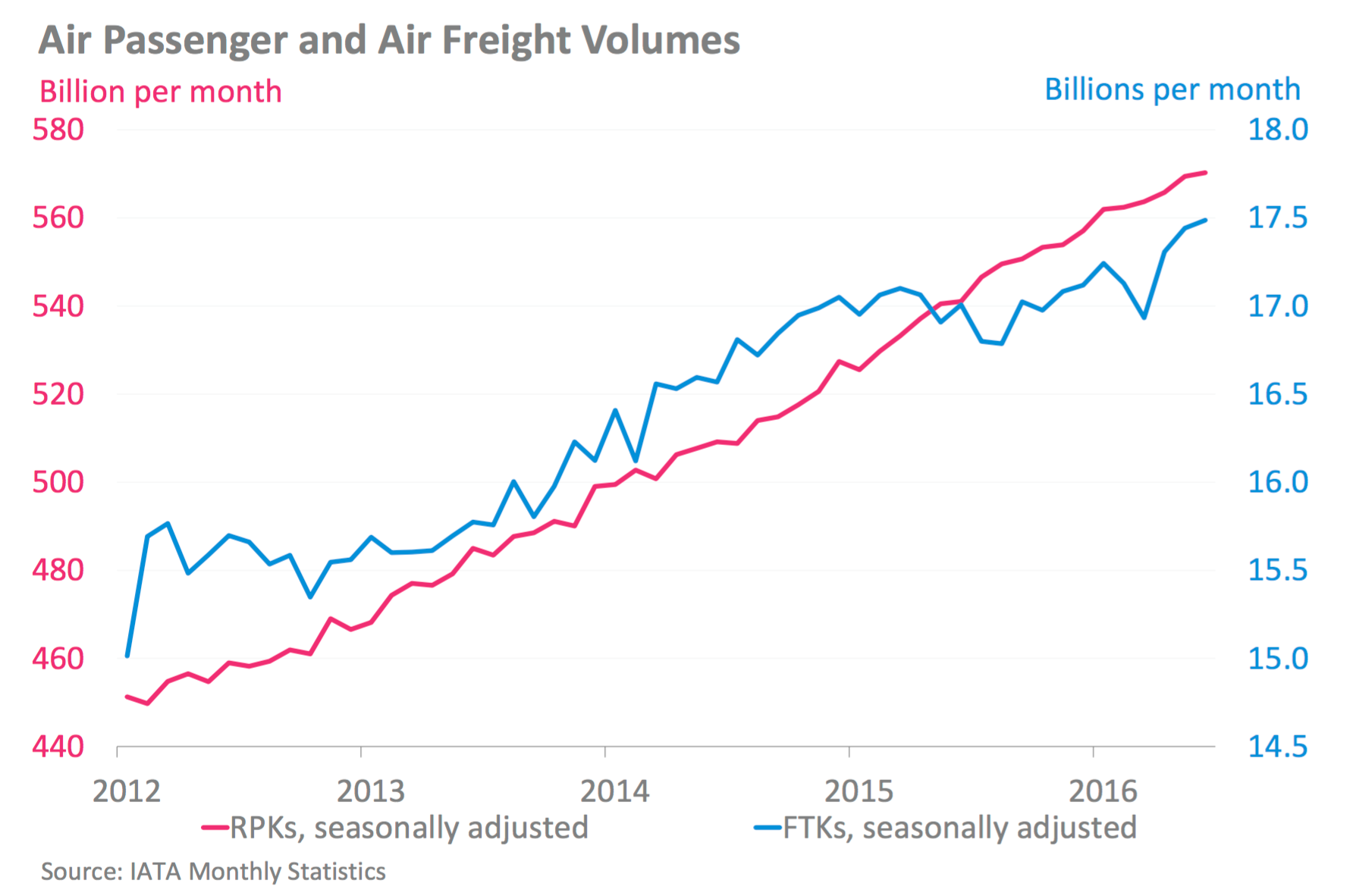 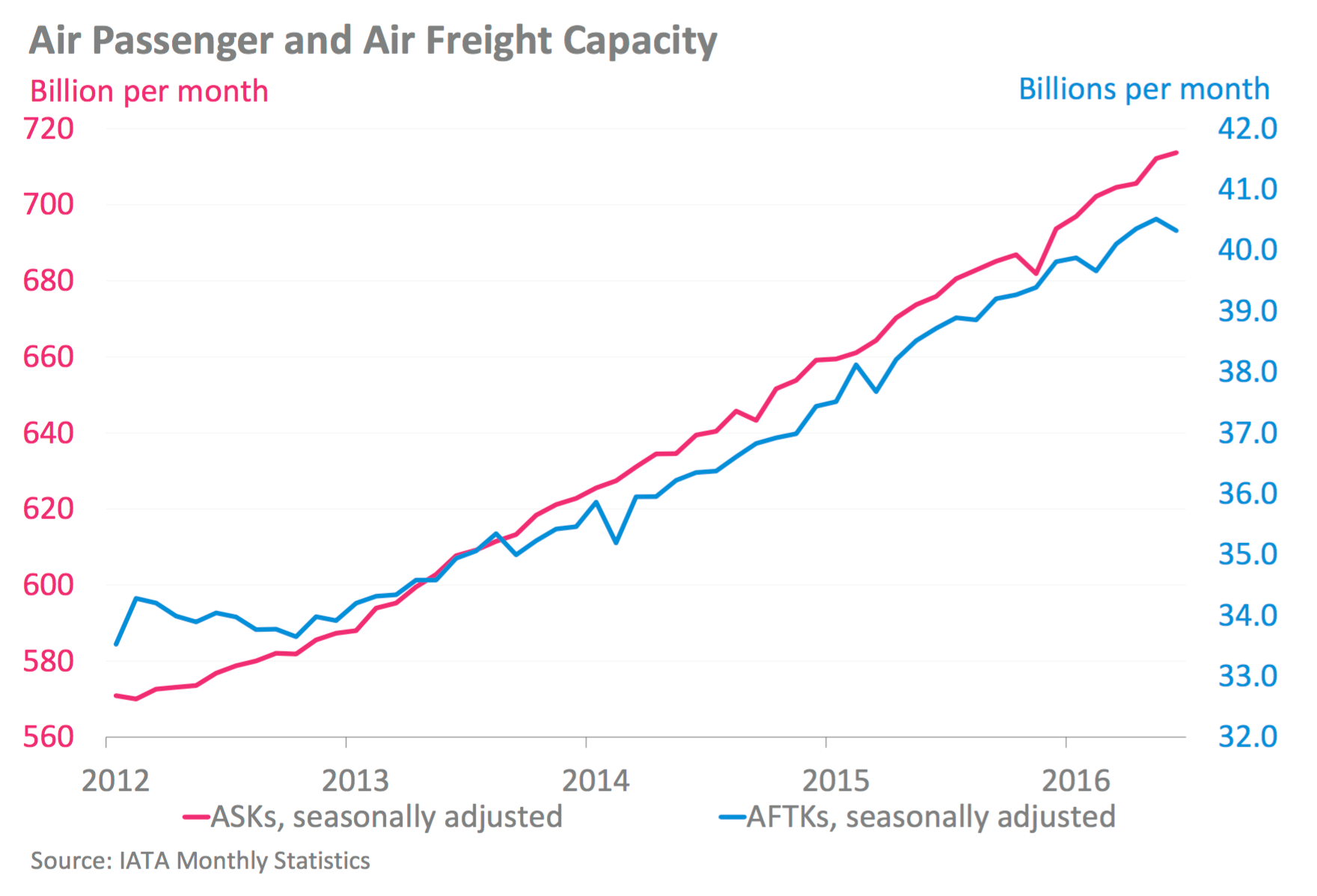 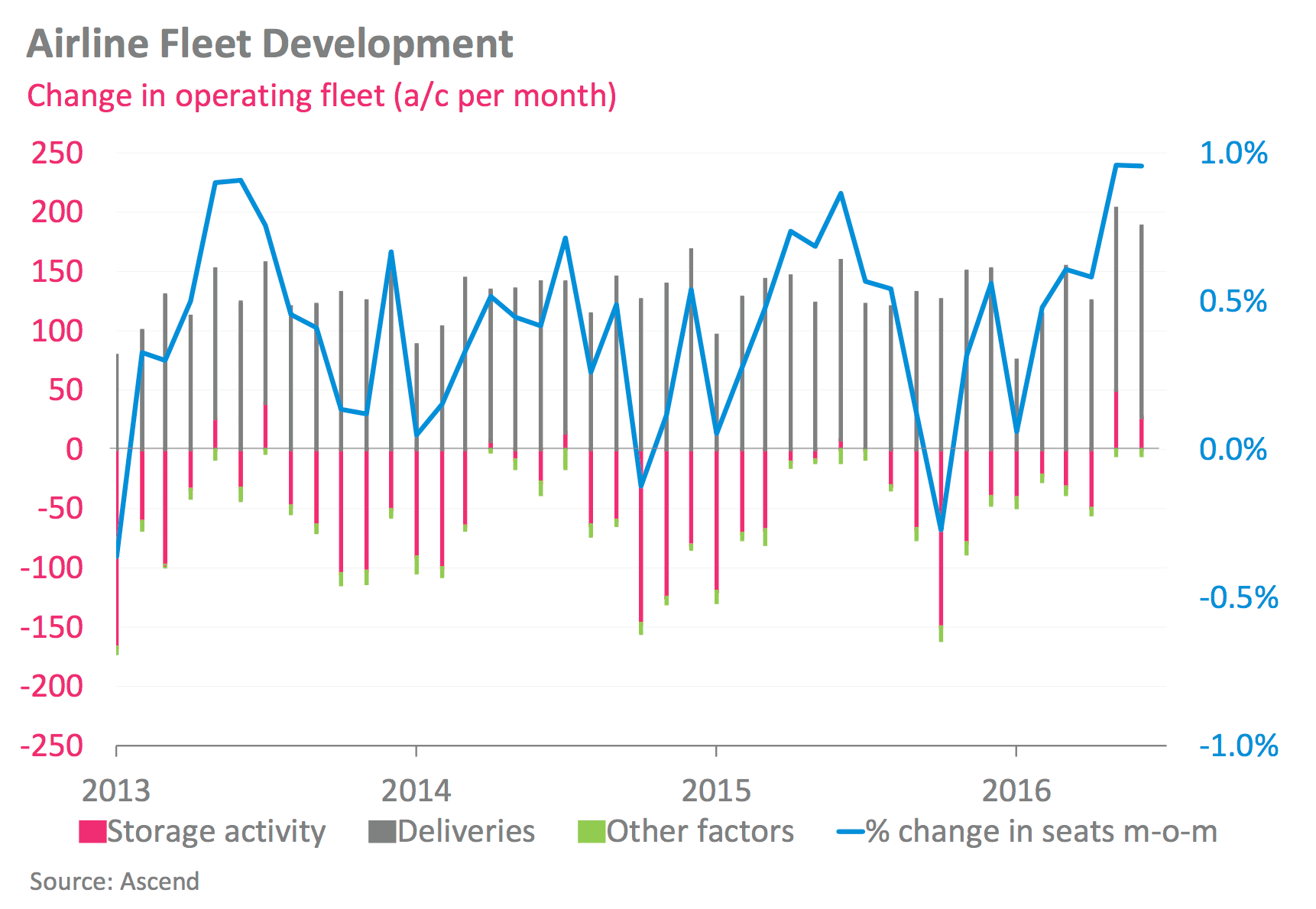