Ryanair is touting its strong baggage handling performance, compared to competitors in Europe and around the world, by citing figures from SITA’s Baggage Handling report published earlier this year.

Ryanair asserts that SITA’s 2016 Baggage Handling report, which surveys airline baggage handling performance during 2015, shows that other airlines are more likely to mishandle their bags.

Ryanair says it mishandled fewer than 0.55 bags per 1,000 customers last year. The airline contrasts this to figures published this April in the 2016 SITA Baggage Report.

“We are calling on all other European airlines to be honest and transparent with their customers and publish their statistics in the interest of consumers, who deserve to know how each airline is really performing,” Kielly added.

It’s an interesting challenge to competitors and it would be good to know how airlines perform individually in this regard, but of course the answer is a bit more complicated.

SITA’s figures do show a higher rate in all regions than what Ryanair is reporting.

However, a considerable portion of the mishandled bags reported by SITA were not the direct responsibility of the carrier and indeed occurred during a transfer.

Because Ryanair offers point-to-point service, it does not offer connecting flights at this time nor check bags through to a final destination as other industry counterparts do. 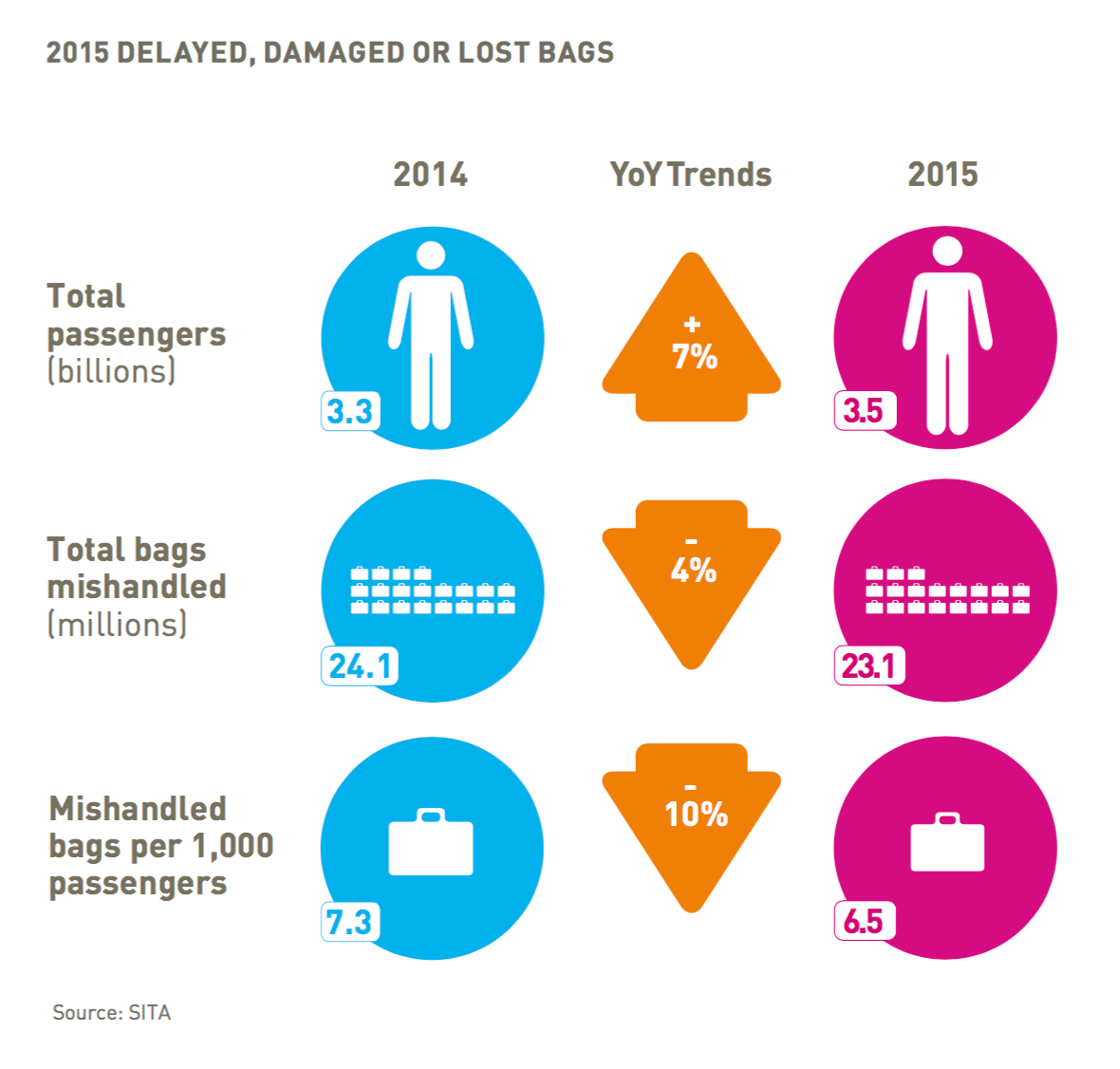 The complications of transferred bags have given rise to IATA’s Resolution 753, which aims to facilitate better baggage tracking and data exchange as airlines hand-off baggage from customers. The Resolution would improve baggage handling because it requires the implementation of a new universal tracking data standard. Some airlines have responded with sophisticated methods including electronic baggage tags and RFID tracking. Resolution 753 also helps airlines better allocate responsibility for lost bags and pass on the related costs.

Go On, Toot the Horn

That said, 0.55 mishandled bags per 1,000 customers is a very good figure, so kudos to Ryanair.

Ryanair has reason to celebrate its baggage performance and other performance figures this month.

The airline’s Always Getting Better program is proving successful in other customer service areas too.

Earlier this month, Ryanair published the results of its new ‘Rate My Flight’ app feature, which lets customers give the airline instant feedback on their travel experience.

According to the airline, 89% of  surveyed customers were happy with their overall flight experience during the months of June and July.

Out of 8,800 UK and Irish customers who used Ryanair’s ‘Rate My Flight’ function in the Ryanair app during the months of June and July, 89% of respondents rated their overall trip ‘Very Good / OK’. 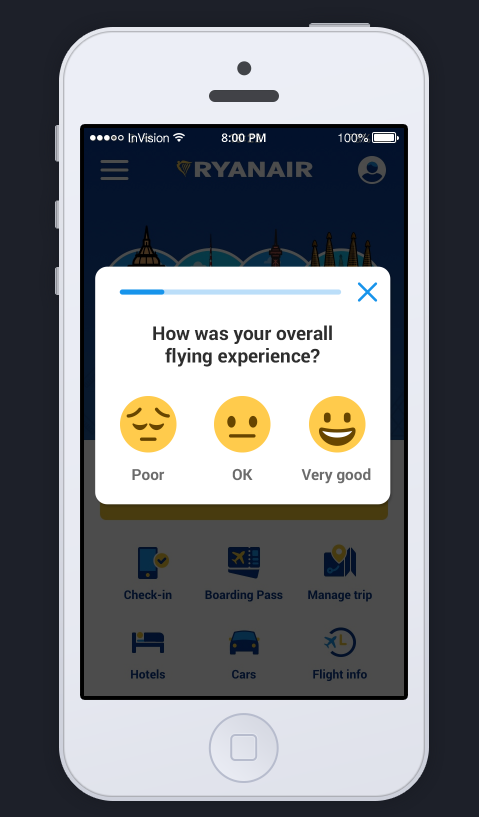 “Rate My Flight is the latest digital initiative launched under year 3 of our ‘Always Getting Better’ customer experience improvement programme, which allows customers to provide real-time reviews on their flights via the Ryanair app.

“We welcome all customer feedback so that we can continue to improve all aspects of the Ryanair customer experience.

“Customers who want to rate their flight should download the Ryanair app, allow for push notifications, and will be sent the survey through the app upon landing,” Kielly said.

Ryanair has also reported good on-time performance and general customer satisfaction for the month July, despite the ATC strikes, etc.

“Ryanair carried 11.3m customers in July with 85% of our 62,000 flights arriving on-time, despite ATC issues in the UK, Germany and France, and bad weather across Europe. With our expanding route network and additional enhancements to come in Year 3 of our ‘Always Getting Better’ programme, Ryanair continues to deliver so much more than the lowest fares in Europe,” said Kielly.

When your mascot is a golden harp then you can be expected to sing a pleasant tune or two about how well you’re doing. Always Getting Better: long may it continue.