NYC Etihad-Fashion: A380 All the Way There and Back

Etihad Airways will give New Yorkers the best of A380 fashion, all the way there and back. Etihad Airways launched service between New York and Abu Dhabi in October 2006 and currently offers twice-daily service between the two cities on an Airbus A380 and Boeing 777-300ER aircraft, but the airline has said it will transition to an all A380 service in June 2017.

Etihad Airways will give New Yorkers the best of A380 fashion, all the way there and back.

Etihad Airways launched service between New York and Abu Dhabi in October 2006 and currently offers twice-daily service between the two cities on an Airbus A380 and Boeing 777-300ER aircraft, but the airline has said it will transition to an all A380 service in June 2017.

This is interesting news in the greater context of questions about the A380’s long-term viability.

As the largest operator in the world of the aircraft, Etihad’s competitor Emirates has found good use for the A380. Emirates’ President Tim Clark has spoken often in favour of its cost benefits, found a way to make it more efficient with a two-class configuration for certain routes, and recently expressed concern that the aircraft may go out of production. There is some speculation that Clark’s comments could be a death-toll for the endangered jumbo aircraft species.

There’s something of a self-fulfilling prophecy dynamic afoot, with analysts and jumbo skeptics talking down the plane long enough for everyone to become convinced it has no future. Boeing’s shift to smaller jets for transatlantic routessmaller jets for transatlantic routes, and Singapore Airlines has said it will not seek a lease renewal for its first A380 aircraft is not good news, but it’s also not as bad as it has been made out to be.

But Etihad’s choice to switch to exclusive A380 service to New York paints a different picture–and an important one to keep in mind before we all go down the environmentally unfriendly and logistically unsustainable spiral of thousands of smaller aircraft crowding the skies.

Etihad’s decision on exclusive A380 service to New York aligns better with Airbus’ own argument that the A380 is not only more mega-city friendly, but it appeals to flyers enough for them to choose a flight because it’s an A380 flight.

The A380 aircraft is also a unique brand showcase.

From the beginning, the A380 was designed to showcase the best of an airline’s offering, with room to offer the a unique experience in every class.

Airlines have used the A380 for this purpose, starting with Singapore Airlines and Emirates, but Etihad Airways tapped into something truly unique when it put a somewhat awkward upstairs area (usually reserved for lounges) to better use and created The Residence.

Etihad Airways didn’t just design a suite, or a unique series of A380 cabin experiences for every travel budget. It turned A380 into luxury we haven’t seen in the skies since the Concorde–with a far better cabin product. Etihad also understood that the A380 was the next aircraft which could offer all the romance of the quickly vanishing Queen of the Skies, and put this romance in a modern, broader context.

The Residence, the only three-room suite in the commercial skies offers the world-class design and luxury of a proper long-haul private jet, without the hassle of owning your own aircraft. Add to this the Savoy-trained Butlers dedicated to The Residence, highly-skilled Inflight Chefs in First Class, Food and Beverage Managers in Business Class and Flying Nannies trained at the famous Borland College in England. Flying the Etihad Airways A380 isn’t about having to cross the pond, it’s about wanting to enjoy the crossing.

Sure, you could fly everyone across the Atlantic on a new 737 model–even, I suspect, on an improved A320neo aircraft–and if you’re a savvy low-cost carrier (or if you’re a flagship airline eager to become a low-cost carrier) then you might want to. But  no one’s going to love you for it. It won’t inspire passion, like the A350 can, and the A380 does.

Etihad Airways gets that, and is putting its best foot forward in New York City because the market for luxury is there. The airline treats itself as a luxury brand which happens to fly planes, and in proper luxury brand fashion, it offers its best customers its boutique planes.

Bookending that unique in-cabin experience, Etihad Airways opened a First and Business Class lounges at New York’s JFK International Airport, which complement the luxury suites of branded lounges the airline is quickly establishing at key hubs around the world.

It’s the journey that matters for this airline. It’s all about the journey, and its A380 is still very much the epitome of fashionable flight. The market for that in passenger numbers may not be as large as it is for budget leisure travellers, but the premium market is more than stable–it is consistently profitable if it’s well planned. Passing fashion aside, profitable always wears well.

The notion of hundreds of narrow-body aircraft crossing the transatlantic every day produces so much angst in this writer that it will take a separate story. (Put a pin in it. We will get back to that.) 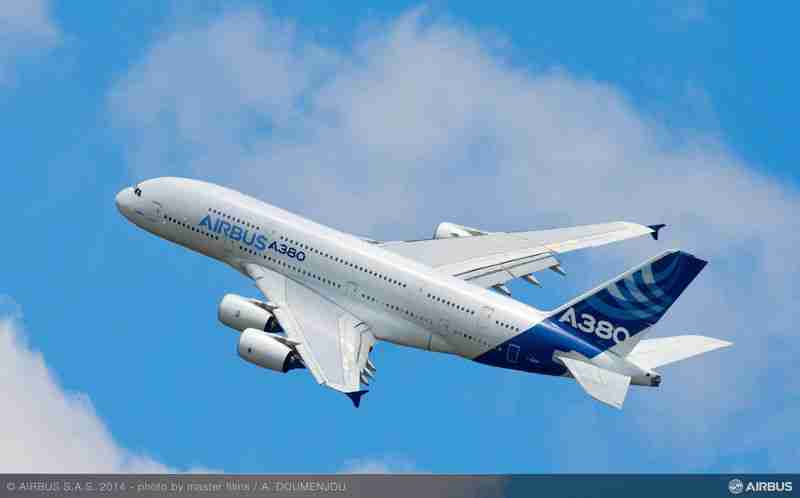