If Choos are shoes you’d fly miles in, you’re going to love this one.

Etihad Airways has positioned itself as a luxury lifestyle brand–which just happens to fly planes. A partnership with Jimmy Choo to mark the shoe designer’s 20th anniversary celebration during New York Fashion Week is the airline’s latest saunter down that runway.

After this week’s New York Fashion Week, it’s easy to see just how much brand clout Etihad intends to earn from these partnerships.

Get Your Choos On 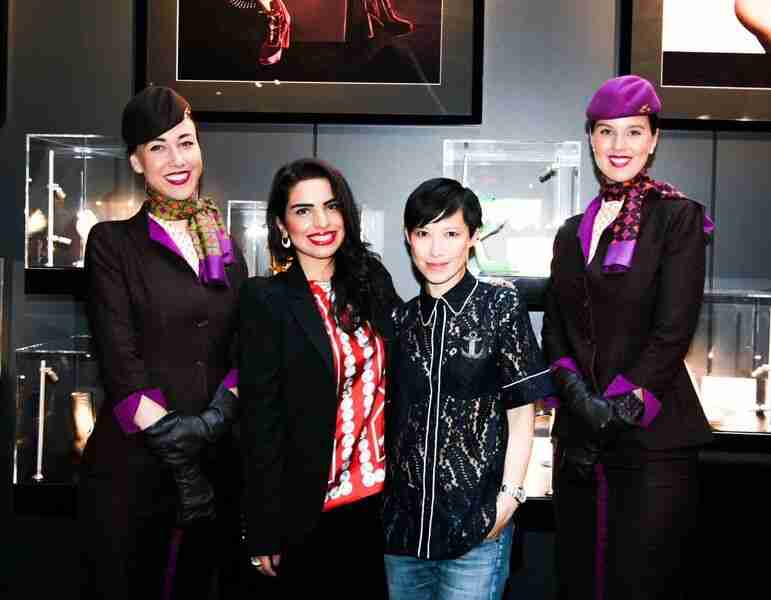 “Jimmy Choo has been revered by the global jetset for two decades, so it is fitting that Etihad Airways partners with the iconic brand, which shares similar ambitions – to provide the ultimate in elegance, sophistication and comfort,” said Patrick Pierce, Vice President of Sponsorships. 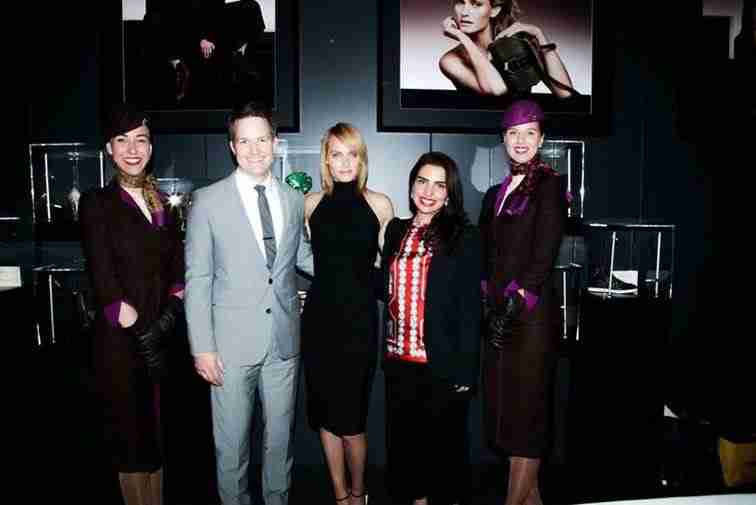 “Our aspiration is to become the airline of choice for the global fashion community, and our collaboration with Jimmy Choo serves as a natural extension of our fashion week alignment, particularly during New York Fashion Week,” Pierce added.

Etihad also hosted a VIP lounge with WME | IMG and Jimmy Choo at Skylight at Moynihan Station, one of the main venues for the shows throughout New York Fashion Week. 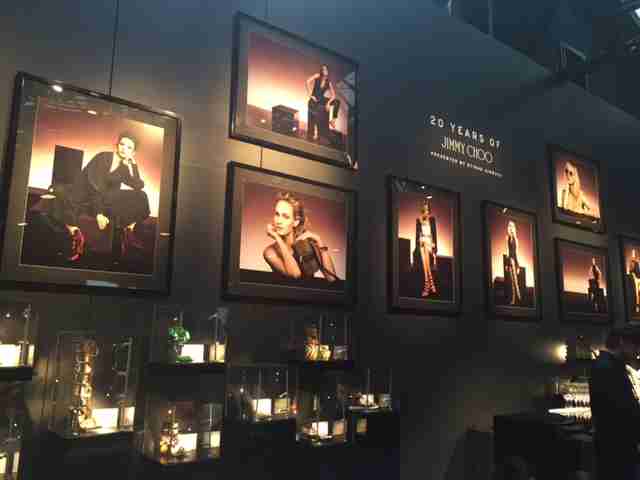 The lounge featured a retrospective of the 20 most iconic Jimmy Choo shoes from the past 20 years, as curated by the brand’s Creative Director, Sandra Choi, and imagery from the Anniversary campaign, shot by Craig McDean.

Etihad’s world-class cabin crew at the lounge showed off Etihad Airways’ signature hospitality. The lounge was decorated with imagery from the airline’s campaign debuting its Italian couture uniforms, shot by Norman Jean Roy.

The cross-branding as extended at the VIP lounge in New York with Italian furniture company Poltrona Frau–which is also airline’s exclusive onboard partner for luxury leather upholstery in The Residence, First and Business classes. Frau delivered luxury to the venue on the lounge’s sofas, and on special armchairs designed by Peter Marino.

Etihad Airways also set up an Atelier at the main entrance of the Jimmy Choo VIP lounge, where arriving guests had their initials monogrammed on a luggage tag. Each accessory included custom insert highlighting the Etihad Airways guest experience.

On the airport tarmac at JFK International Airport, model Amber Valletta unveiled a specially dedicated Etihad Airways A380 livery with the “NYFW: The Shows” branded logo on the aircraft’s engines and door.

(From left to right flanked by cabin crew) From runway to runway, Amina Taher, Head of Corporate Communications – Etihad Airways and Supermodel Amber Valletta unveil the airline’s A380 livery, featuring an “NYFW: The Shows”- branded logo on the aircraft engines and doors at JFK International Airport.

Prints by Jimmy Choo are prominently displayed on board in The Lobby area of the aircraft, which is located on the upper deck between the First Apartments and Business Studios.