1. Monarch got ATOL extension from the CAA, and said it will soon announce the largest funding in its history.

@Monarch is safe! Great news for all employees and great news for everyone with hols booked, like me! ✈️?? pic.twitter.com/8xVlH4kIlM

Watching the rumours spread on Twitter and Facebook on Sunday night, that Monarch was shutting down overnight was infuriating. Trying to find the origin of and fact-check those rumours, more so.

The Monarch social media team was heroic, frankly. They learned a hard lesson about how many times you have to say “No” on social media before anyone believes you. (The answer is 22. Catch-22.)

You can never say ’no’ enough times. Monarch’s social media team are still answering this question. The more you say ‘no’, the less they believe you. If you say nothing, then you further confirm their suspicions and fuel more speculation. There is no winning scenario when companies are being trolled. Individuals can block or ignore trolls. Companies can’t.

All I’ll say is that the aviation “know-it-alls” on social media need to think about the REAL PEOPLE whose jobs they are ready to crisp by fueling speculation. They need to consider that they are being manipulated and weaponized. They need to pick up a phone and ask a reliable source for facts.

This details of this event show that we’ve entered an age of strategic misinformation as a vehicle of sabotage which airline management need to worry about. It only takes one disgruntled employee. I have more to say on this. Put a pin in it. And I would really welcome your opinions.

2. Cathay Pacific retires the 747 from service, via The Designair. Sad to see the ‘Queen of the Skies’ retire anywhere, but doubly sad because this aircraft so nurtured Cathay’s growth.

7. KLM looks to AI for customer service, via Tnooz. What this airline does with digital in house is pretty amazing.

8. Opinion on MRO Network: Are there too many aircraft tracking systems now? (I personally think the technology only needs to be put in plane terms.)

9. I keep ranting about the lithium-ion battery problem, and I have pointed out that its damage goes beyond flammability. This story of the human toll of sourcing raw materials for this power source is chilling. Kudos to the Washington Post for stellar investigative reporting.

11. Airbus’ “A family that flies together video” goes viral, gets Campaign recognition. Congrats to the entire Airbus family!

14. You should read the series of deep-dives into the United Polaris experience from Chris Higgings at TravelSkills.

15. Air Canada and WestJet are accused of colluding on baggage fees. The airlines say they will withhold comments, in deference to the courts.

(iOS10’s new alerts UX is a lesson on how not to fiddle with what works. Hopefully, they’ll fix it soon.)

21. We get the full story on how Norwegian hooked up with Brad Pitt.

In some circles, Norwegian has been accussed of being opportunistic with this campaign. Like that’s a bad thing.

Happy October! The year’s wrapping up quickly. Have a great week 40 everyone.

(Thinking of friends in the region as Matthew advances. Please stay safe.) 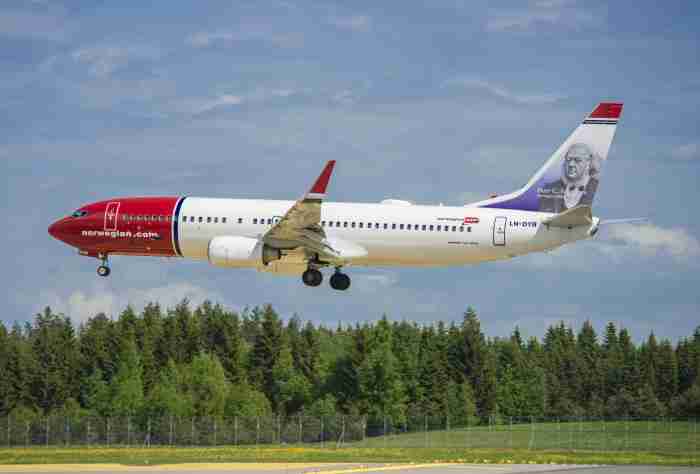 Opinionating at IATAAGM: Some People Don’t Get That NAI Is Irish, But At Least the Irish Do