Will Hiring US Pilots Help Norwegian Leap Over Open Skies Hurdle? No. But This Might…

[UPDATED: formal statement from ALPA was added below, as well as a reply from the USDOT.]

Norwegian Air Service is hiring American pilots to support its U.S. operations. But will this be the final detail the airline needs to overcome challenges to the launch of its Irish-based Norwegian Air International operations and to service to the U.S. by Norwegian UK? In a word: no.

Initially, Norwegian will hire American pilots for its crew base at Fort Lauderdale-Hollywood International Airport, but has said it plans to hire “a large pool of American pilots over the next few years” to keep up with staffing demands as it takes delivery of new aircraft.

Norwegian will cover the cost of converting the pilots’ certification from a Federal Aviation Administration (FAA) pilot certificate to a European pilot license based on European Aviation Safety Agency (EASA) regulations.

“Hiring American pilots for our long-haul operation has been one of Norwegian’s goals since launching our transatlantic service three years ago, and we are thrilled that we are finally able to do so,” said Asgeir Nyseth, Chief Operating Officer of the Norwegian Group. “With the delivery of 31 additional Boeing Dreamliners over the next few years, Norwegian is excited to be adding American pilots to our ever-growing workforce. We already have more U.S.-based cabin crew than any other foreign airline, and now we will be the only European airline to hire U.S.-based pilots.”

Norwegian also added three new area managers to its U.S. team this month who will be responsible for ground operations and cargo at Fort Lauderdale, New York and Boston airports.

“Continuing our U.S. expansion is one of the key factors to Norwegian’s global strategy, and we want to be able to support the local market and stimulate those economies as much as we possibly can. We are still looking at opening more crew bases across the U.S., and depending on the success of the American pilots in Fort Lauderdale, we’ll include pilots in each of those new bases as well,” said Nyseth.

Officially, Norwegian has only stated that it hopes that hiring American pilots will support the growth of the airline’s existing long-haul network, but it’s easy to also see this as a ploy to address allegations that NAI would fly with pilots from overseas at low wages.

Norwegian has already addressed these allegations, many times over. Answering them has failed to change the minds of those who oppose NAI or to influence those who have the power to allow NAI service from Ireland, and Norwegian UK service from London, to begin.

Growing the network is important and, in fact, Norwegian is already accomplishing that. Norwegian has increased service to the U.S. both through scheduled service and charters. These don’t support the number of jobs Norwegian wants to create in Ireland with NAI, in the UK with Norwegian UK, and the U.S. by having multiple airlines serving key markets.

APLA replied to Flight Chic’s request for comment with a statement:

“This appears to be a step by Norwegian toward putting more of its pilots on either U.S. or European contracts. ALPA believes that Norwegian should commit to the U.S. Department of Transportation that it will put all of its pilots on contracts in the country where the airline holds its operating certificates or the United States. We also note that Mr. Kjos recognises that it is not necessary for Norwegian’s Irish or UK subsidiaries to hold permits from the United States for Norwegian to offer transatlantic services.”

It’s a nuanced and intriguing reply, but it confirms that the debate will continue for a while, fuelled by technicalities and alternative interpretations of rules. What ALPA says is not incorrect. Norwegian Group’s Norwegian Air Service, based in Norway already offers transatlantic service, as stated earlier. Norwegian Air International, Ireland, has yet to receive a permit to fly transatlantic routes. Likewise, Norwegian UK has received no such permit.

The USDOT declined to comment on Norwegian’s new recruiting effort, but replied about the status of the NAI approvals process by saying, “Regarding timing, there is no timeline for the Department’s final decision.”

But I think I have found a weak spot in the industry, from which this new Norwegian recruiting effort could benefit.

ALPA (Air Line Pilots Association) has launched a campaign in which it hopes to put a face on what’s at stake with NAI’s bid to fly.

As the pilots association states:

“The campaign, #WhyIDenyNAI, will feature photos and videos explaining why pilots DenyNAI on Facebook, Instagram, and Twitter. This newly-launched #WhyIDenyNAI campaign will serve as a strong voice for pilots who are concerned with the detrimental effects of NAI on U.S. jobs and American aviation workers.”

So what’s #WhyIDenyNAI come up with? Let’s take a look.

UAL Capt. Eric Popper: #WhyIDenyNAI “I want this profession to be intact for my son some day!” Read more: https://t.co/hubJ2yHzwm #DenyNAI pic.twitter.com/jQAEN5hxax

Piedmont Airlines F/O Nickolas Guthrie: #WhyIDenyNAI "For my son and the next generation of U.S. airline pilots." https://t.co/hubJ2ypYEO pic.twitter.com/Z6mEQH8MZA

Naturally, read the full “Shut up or you’re fired” article shared in this next one on Facebook. But please also see the images selected to adorn the article representing “all that is good and holy” about the pilot profession which ALPA works so ardently to defend.

Pictures, as they say, paint a few choice words.

Note to readers (spoiler): Leonardo Di Caprio was not playing a qualified pilot in the film ‘Catch Me if You Can.’ The point of the movie was that the real-life Frank Abagnale (Di Caprio’s character) was a very clever scam artist, who managed to get in a cockpit with zero training, all the while cashing in falsified pay checks from Pan Am. In the scene pictured here, he was using “pretend” female Pan Am flight attendants, young naïve women he recruited under false pretences, as human shields to evade the FBI. Anywho…

I have tremendous respect for the pilot profession as well as the flight attendant profession. They are both jobs I couldn’t imagine doing. But let’s just say they’re not being represented in the best light with this ALPA campaign, so far.

Now that it is eager to hire, perhaps Norwegian can make a difference by bringing change to the old world order in the American pilot community. The airline has clearly stated that its recruiting efforts are equal opportunity. Women pilots, please put them to the test!

Encouraging more women in the profession is a smart way to address any pilot shortage. There are a lot of women.

Maybe, if the USDOT sees that Norwegian is doing more than U.S. carriers do to ensure equal opportunity access to the Captain’s chair for experienced American women pilots, and doing more to recruit more women to the profession, they’ll be too embarrassed that they haven’t done something about this sooner. Maybe this will urge the USDOT to say that NAI is raising the bar–not lowering it.

Norwegian: If you don’t do this for America, at least do it for Frederika Bremer.

I’ve also reached out to Norwegian for comment on how it might address gender disparity in the pilot profession as it rushes to hire more pilots in the U.S.

I will update if I hear back. In the mean time–NAI or no NAI–let’s leave Abagnale in the past and get more women in the cockpit.

(Let’s also find a new name for that part of the plane.) 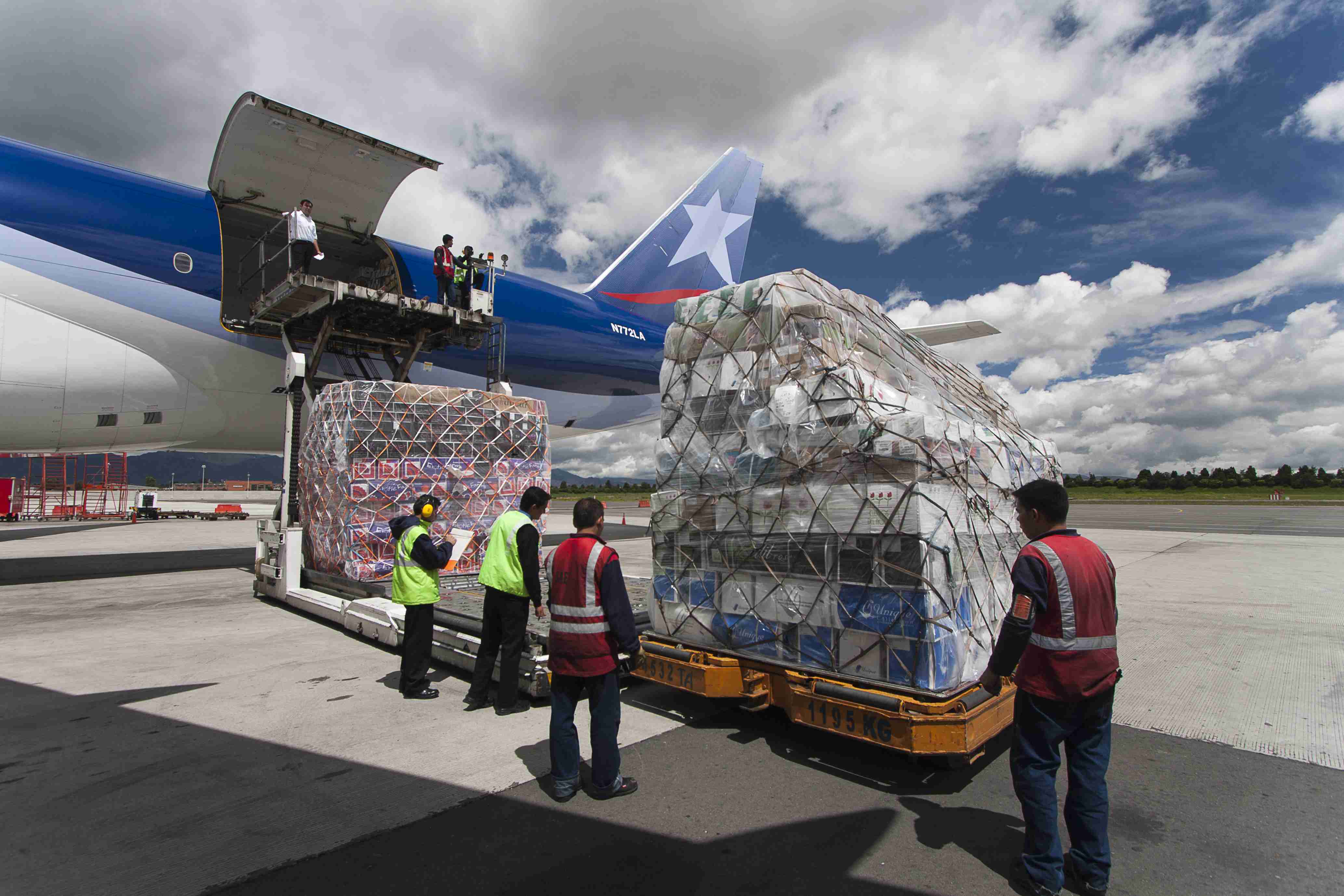 5 thoughts on “Will Hiring US Pilots Help Norwegian Leap Over Open Skies Hurdle? No. But This Might…”