Marisa Garcia Leave a Comment on Also, In the Skies. 24 Hot Aviation Happenings in Week 44

Hot happenings in the skies this week include quite a lot of food, and also a tiny, tiny bit.

“A safe and efficient air transportation system for the traveling public requires building and maintaining the airport infrastructure at our nation’s airports,” said U.S. Transportation Secretary Anthony Foxx. “When we fund critical projects like these, we’re making an important investment in our future while also creating jobs and supporting local economies across the country.”

“Ensuring the infrastructure needs of our commercial, general aviation, and civilian-military use airports is critically important to the FAA,” said FAA Administrator Michael P. Huerta. “We will continue to provide funding to maintain airport infrastructure across the country.”

In fiscal year 2016, the FAA issued 1,768 new grants to airports. AIP provides more than $3 billion in annual funding for projects that are vital to maintaining the safety, security, capacity, efficiency, and environmental stewardship of the nation’s airports. More than 3,300 airports are eligible for AIP grants benefiting commercial passengers, cargo operations, and general aviation activities throughout the nation.

Ryanair praises regulator for eDreams crackdown, but says more should be done https://t.co/D7pIkC3MWh via @tnooz

“A UK regulator has forced online travel agency group eDreams Odigeo to improve the display of fares on the websites of eDreams and Opodo. In a ruling announced this week, the Civil Aviation Authority (CAA) says it has been given assurances that the two OTAs will make changes to their websites to ensure prices are displayed transparently.”—Tnooz

“Both stakeholders, the Government of Seychelles and Etihad Airways fully support the airline’s plan to develop its European network by establishing a non-stop connection to Germany, a strategically-important market that is currently the second-largest source of inbound tourism after France.

“More than 29,200 people from Germany have visited Seychelles so far this year, representing an increase of nine percent over 2015, demonstrating the importance of opening up air links to this part of the world.

“Together with the new service to Durban, additional flights to Paris and increased regional capacity, these developments will lay the foundations for solid long-term growth of the Seychelles national airline and country’s economy.”

The airline’s second Airbus A330 aircraft is scheduled to be delivered in the last week of March 2017 and will have a two cabin configuration with 18 Business Class and 236 Economy Class seats.

“September’s growth in passenger demand was healthy. Importantly, this rebound from August weakness suggests that travel demand is showing its resilience in the aftermath of terror attacks. We must, of course, be ever-alert to the ongoing terror threat. And overall the industry is still vulnerable to being buffeted by rising geopolitical tensions, protectionist political agendas, and weak economic fundamentals. This will still be a good year for the airline industry’s performance, but our profitability will continue to be hard-won,” said Alexandre de Juniac, IATA’s Director General and CEO.

It’s a great way to celebrate the aircraft manufacturer’s accomplishment as the centennial draws to a close.

7. Virgin America and Virgin Atlantic, fly their separate ways into the sunset.

“Virgin America and Virgin Atlantic will be sun-setting their frequent flyer partnership on November 13, 2016. Until and including November 12th, 2016, Elevate members can continue to make future bookings with Virgin Atlantic using Elevate points, following the same process that is in place today. Virgin America will continue to offer a range of other airline partners through the Elevate program, including Virgin Australia, Hawaiian Airlines, Singapore Airlines and Emirates.”

Well, it was going to happen. But this brings up the old debate about Shane.

Finnish Chef Eero Vottonen will bring true Nordic elements to Finnair’s long-haul business class customers flying out of Helsinki to all destinations as of January 11, 2017.

“Eero has fast become one of the best chefs in Scandinavia and we are very excited to offer our long-haul business class passengers with his exceptional food,” says Maarit Keränen, Head of In-Flight Service at Finnair. “With next year marking Finland’s centennial anniversary, it’s a great opportunity for us to collaborate with Finland’s candidate for the Bocuse d’Or competition. We’d like to wish Eero all the best as he sets his sights on the final preparations for the prestigious event in January.” 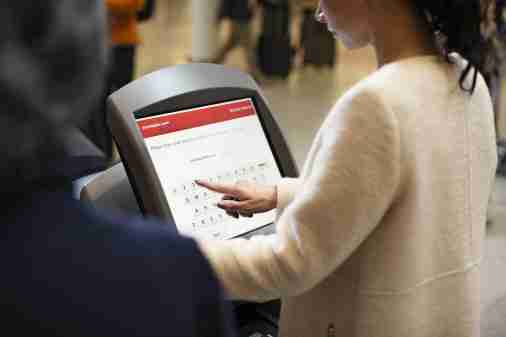 “We are proud to offer Jamie Oliver to Norway and Norway to Jamie Oliver. The menu is composed by Oliver himself, which is a world renowned stamp of quality – not just in Norway,” says Commercial Director at Avinor Oslo Airport, Torgeir Kjos Sørensen.

He will NOT make paella.

“We will be serving rustic dishes in a modern, yet informal environment. All dishes will be made from fresh, seasonal ingredients that are most importantly sustainable,” says managing director at Select Service Partner (SSP), Morten Solberg-Nilsen, who runs the 29 restaurants and bars scheduled to open at Norway’s main airport in 2016 and 2017.

“This agreement will bring great connectivity and benefits to passengers flying from Europe to Vietnam and vice-versa,” says Philip Lewin, Head of Partnerships & Alliances, Finnair. “We are very happy to work with Vietnam Airlines on this new codeshare agreement and we are convinced customers from both airlines will benefit from this new collaboration.”

“Inflight catering and inflight sales products are an important part of the journey. Further development of the customer experience is at the core of our strategy,” says Piia Karhu, Senior Vice President for Customer Experience at Finnair. Catering services therefore continue to be an important area and we see plenty of opportunities for further development. In this, the Helsinki-Vantaa based catering unit has a key role. Despite the change our cooperation will continue in many catering areas”.

“Finnair and the LSG Group will reshape our partnership in Helsinki. Finnair is an important customer to us in many areas – globally and in Helsinki. Some aspects of our partnership will be extended on a worldwide scale,” says Frank Theis, SVP Sales, Product & Marketing at the LSG Group. “At the same time, we will stay and grow in Finland and at Helsinki-Vantaa Airport while continuing to diligently serve all of our other customers.”

Going from ‘what’s wrong?’ to ‘what’s next?’ – watch as Oscar shares his vision for the new spirit of United. pic.twitter.com/bpLHhXN8jx

16. Declan Ryan will sell his 49% stake in VivaAerobus.

“A fully connected experience is increasingly becoming a top priority among travellers in China who want to stay informed and entertained throughout their flights,” stated Zhang Yun, GM of Products and Services for Air China. “Air China believes that innovative connectivity services will be important generators of value for our passengers and our airline. The rich media content supports our long-term plan for broader connectivity deployment.”

Farewell in HAM after 47 years of LH737. @LHTechnik CEO Bussmann: "Thank you @BoeingAirplanes for this wonderful aircraft! #thankyou737 pic.twitter.com/XbWy6m6uzg

21. Too much capacity in Europe?

It's not just the clocks going back tonight: @British_Airways flight BA2611 is travelling back in time and is due to arrive in STN in 2013! pic.twitter.com/mE438n6h8e

Is the Grinch stealing Christmas from the airlines? https://t.co/4eLwpuU3cD | @usatoday