JetBlue celebrated the re-opening of its Palm Springs service with a special Time Travel Agency experience this Friday and revealed its new retro livery aircraft, “What’s Old Is Blue Again.”

True Dr. Who fans will remember that the Tardis used by the Doctor is only stuck in police-booth mode due to a technical glitch. JetBlue turned their time-travel device into a plane and will keep it in that form indefinitely because planes are cool.

The paint scheme of the RetroJet celebrates the iconic jet age with a chic that’s unique to JetBlue. JetBlue took its inspiration from popular logos and notable airline companies of the mid-1960s to reverse-engineer the JetBlue brand as a re-imagining of what the airline might have looked like five decades ago. 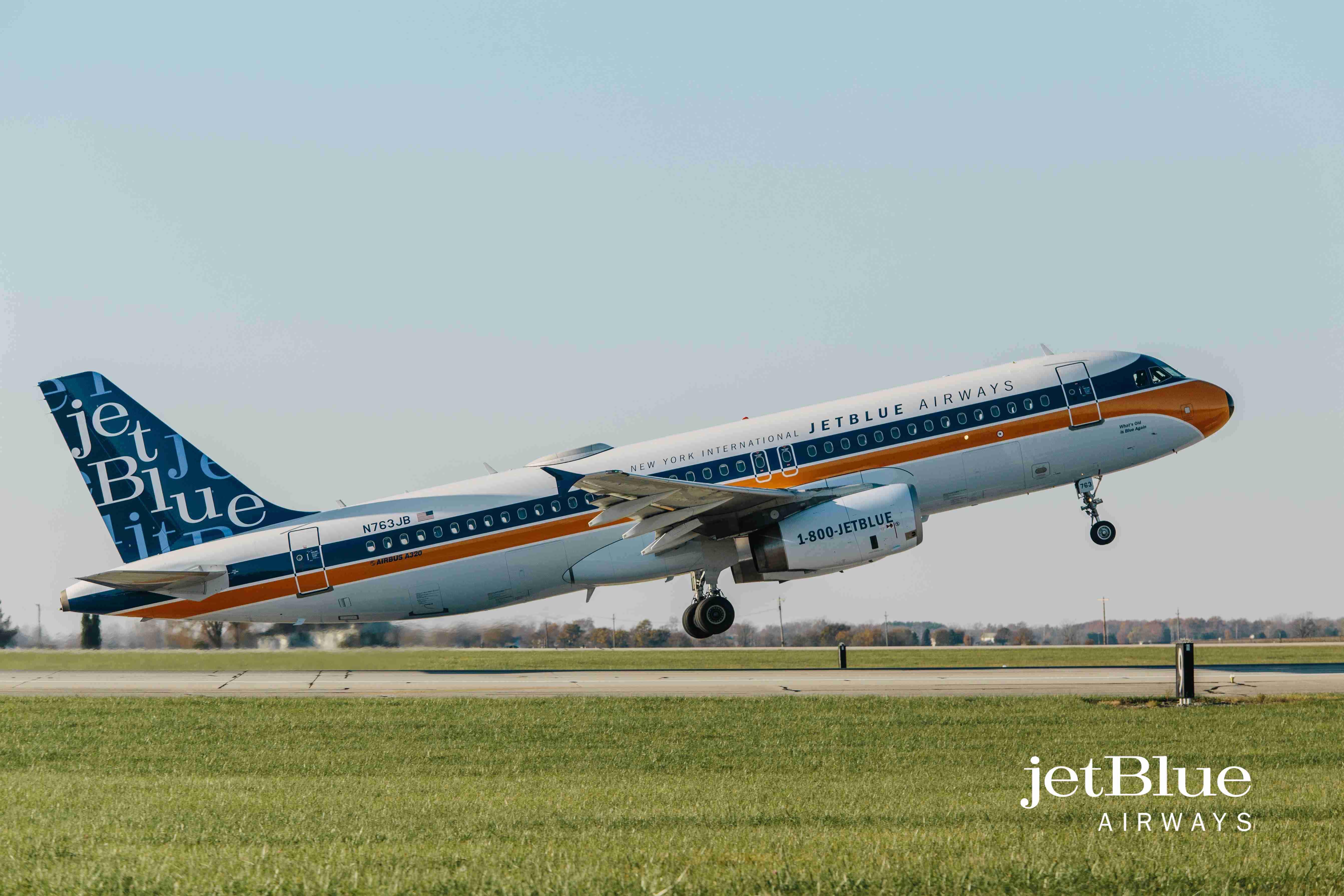 “The 1960s were rich with sleek but bold graphics and style—characteristics of today’s JetBlue brand,” said Jamie Perry, vice president marketing, JetBlue. “With that in mind our team broke from our tradition of timeless designs and instead imagined a look to celebrate this iconic era of aviation and what JetBlue may have looked when it would have been introducing humanity to air travel.”

The aircraft design features bold JetBlue orange and blue “speed stripes” down the length of the Airbus A320, which was a popular design feature of 1960s aircraft paint schemes. Above the window line “JetBlue Airways” is printed in a period-appropriate typeface, and JetBlue boasted its role as New York’s Hometown Airline by prefacing its name with the title “New York International”on the plane. JetBlue’s RetroJet tail features three colors and a lively 1960s jazz-inspired font that would have stood out among other airlines somewhat more understated tail iconography at the time. It matches JetBlue’s hallmark tails, with a retro jet age spin. 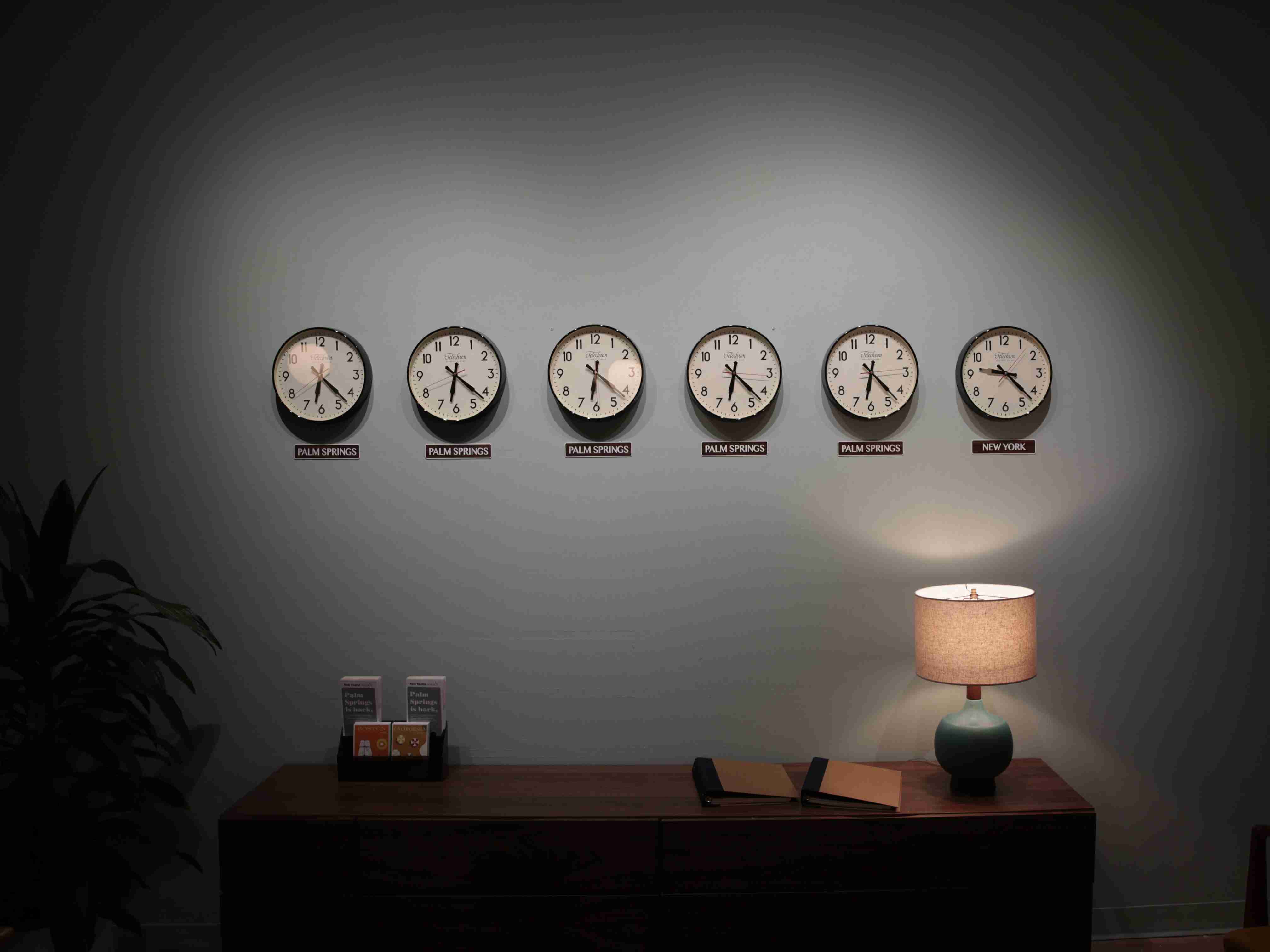 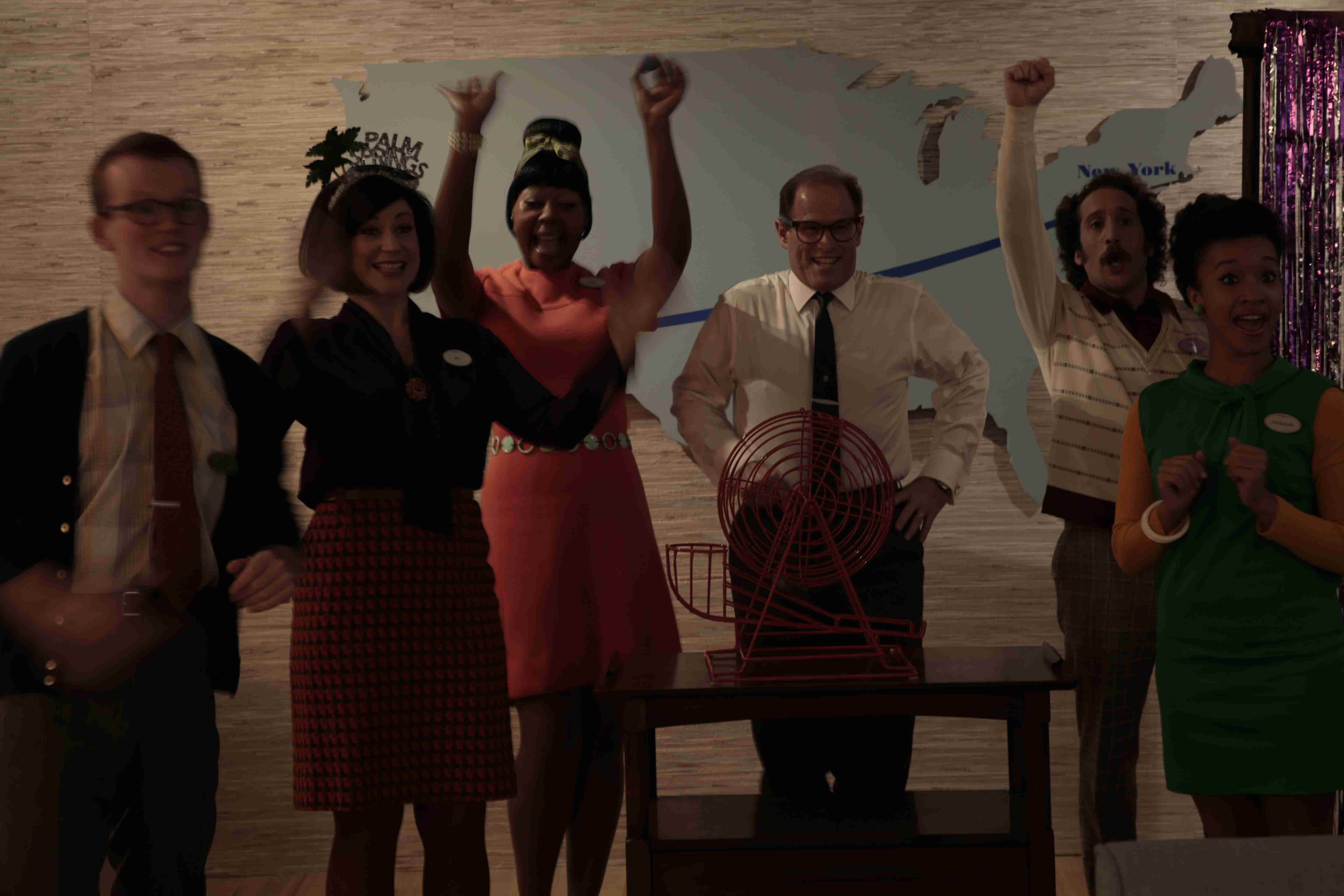 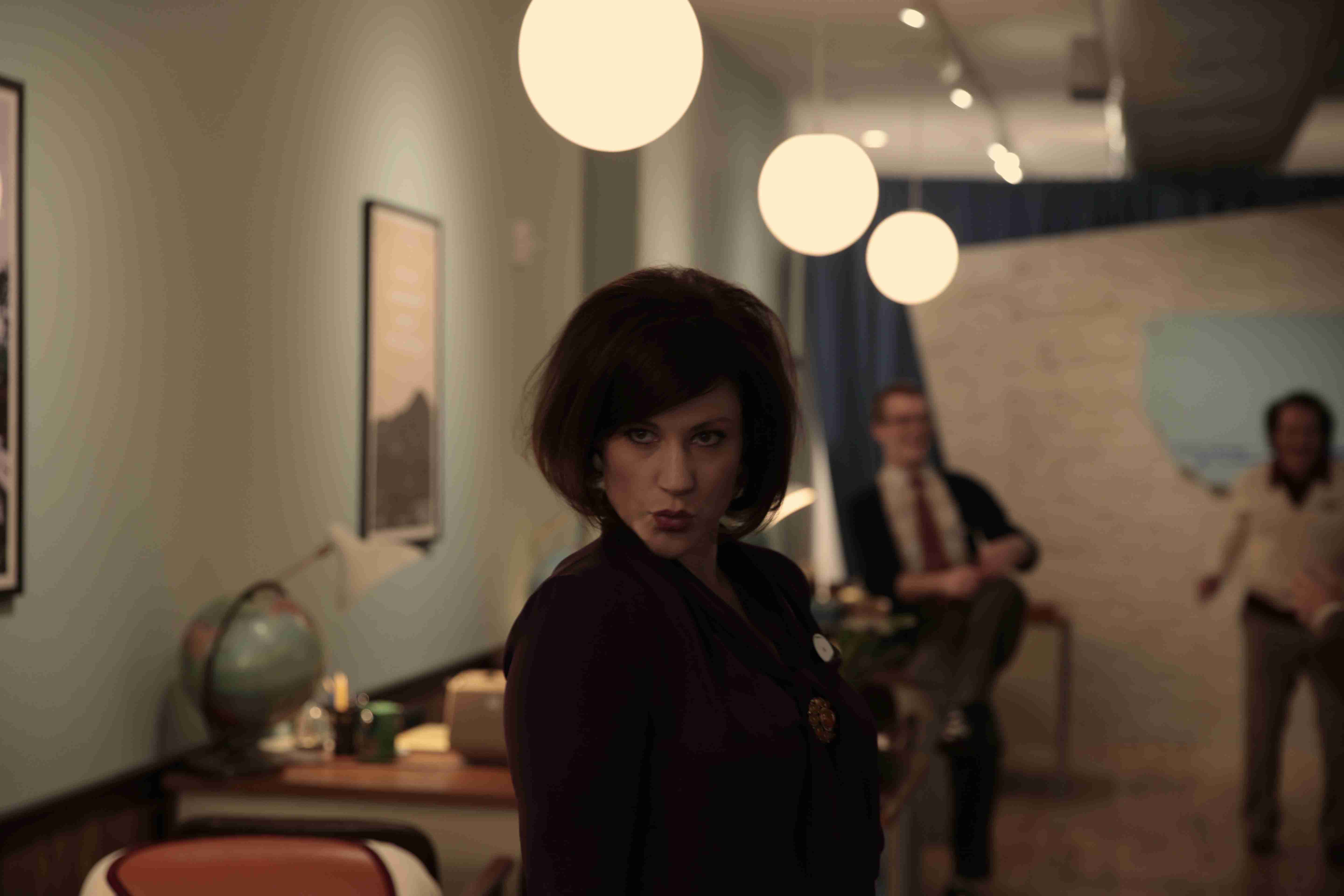 JetBlue opened a time-travel agency at JFK as part of the Palm Springs launch celebrations, for the day.

Though the agency was only open for a limited time, time is not a line but many threads in a tapestry woven into the fabric of space. It is, as the Doctor has explained, a wibbly wobbly thing; more jelly than custard, though custard is also very tasty. If it is always five o’clock somewhere and time for tea, then somewhere it must be time for coffee and a Mars bar too. You see?

For inspiration on the aircraft livery, and accompanying campaign materials, JetBlue designers spent several days at New York’s Lubalin Archive at the Cooper Union reviewing advertisements, graphics, images and fonts from the 1960s.

“Greater Palm Springs is proud to be the epicenter of the nation’s most significant collection of midcentury architecture,” said Scott White, President & CEO of the Greater Palm Springs Convention & Visitors Bureau. “The architecture and art created by acclaimed artists and architects and found throughout our nine-city destination represent one of the many reasons why everyone comes to experience the oasis lifestyle.”

JetBlue also celebrated the RetroJet livery with a gate-side fashion show at the airline’s home at JFK Terminal 5 (T5). JetBlue crewmembers wore specially designed retro uniforms with custom hats, scarves, ties and pins designed to help them blend in comfortably during their journey through back issues of the calendar. The airline also issued limited-edition goodies for time travellers headed for Palm Springs.

JetBlue customers traveling on the first flights will receive a 1960s-inspired amenity kit with playing cards. (Don’t worry there is IFE and WiFi onboard this time travelling plane!). Customers also get a luggage tag, vintage-style post cards (once used to text message people) featuring various cities the airline serves and a commemorative pin matching the ones worn by cabin crew.

Fashion designer Trina Turk and Mr Turk, who have eleven signature boutiques across the country, including stores in Palm Springs and New York, helped design the chic costumes.

“Trina Turk and Mr Turk are happy to represent Palm Springs style as JetBlue kicks off their first full season of flights between New York and Palm Springs,” said Trina Turk. “We look forward to welcoming New Yorkers to the color, pattern and optimism of the desert.”

Members of the TWA Clipped Wings, a non-profit group established in 1965 and made up of former TWA flight attendants today, also participated in the runway event, modelling original uniforms from various eras of air travel at TWA. The original TWA Flight Center’s Saarinen building, completed in 1962, sits adjacent to JetBlue’s T5 at JFK and was the original Terminal 5 at the airport.

It’s Larger on the Inside!

The JetBlue RetroJet interior matches the rest of the airline’s Airbus A320 fleet, and offers 1960s-style legroom in coach with free Fly-Fi broadband internet so that you don’t suffer time-travel withdrawal symptoms, also know as FOMO.

Pretty sure the Doctor doesn’t have any of these in his Tardis. No time for it, really.

In future, the RetroJet will fly routes throughout the JetBlue network. Keep an eye out and share those Polaroids!