Brussels Airport Company has revealed its Strategic Vision 2040, for the future expansion of the airport including provisions for improved intermodal travel, and advanced logistics facilities.

The airport’s management company wants to invest in better infrastructure, mobility and connectivity which will drive growth of the Belgian economy, while remaining sustainable and environmentally responsible.

Arnaud Feist, CEO of Brussels Airport Company presented an ambitious plan this week to meet the projected growth in air traffic over the next 25 years.

Brussels Airport highlights the “enormous economic, social and cultural opportunities of the aviation sector” making its Strategic Vision 2040 critical to Belgium’s future on the global stage.

Plans for the future of Brussels Airport include improvements to meet the expectations of its customers— passengers and airlines—while ensuring its competitiveness at European and global level.

Brussels Airport Company says it hopes to “strengthen its role as the second pole of economic growth in Belgium and its three regions.”

“The presence of an international airport connected to all regions of the world is an essential element in the development of a country. With the increase of the world population and the continuation of the globalization of the economy, people and goods will travel more and more by the air. Over the next 20 years, passenger transport is expected to increase by 3.8% per year and freight transport by 4.7% per year worldwide. Many foreign airports, including neighbouring countries in Belgium, have announced major strategic investments to meet this expected market growth,” the Company states.

To ensure that the plans for growth at the airport are harmonised to the needs of the local community, Brussels Airport created a Forum 2040 to serve as a platform for dialogue on the development of the airport.

Participants will include representatives from all stakeholders: local residents, municipalities, professional organisations, companies and experts.

“We are convinced that it is possible to increase the capacity of the airport to meet market demand and thereby guarantee the competitiveness and connectivity of Belgium, while taking into account the impact of this growth on Residents and our environment. The Forum 2040 that we launch is the platform par excellence to exchange ideas and find solutions,” says Arnaud Feist, CEO of Brussels Airport Company. 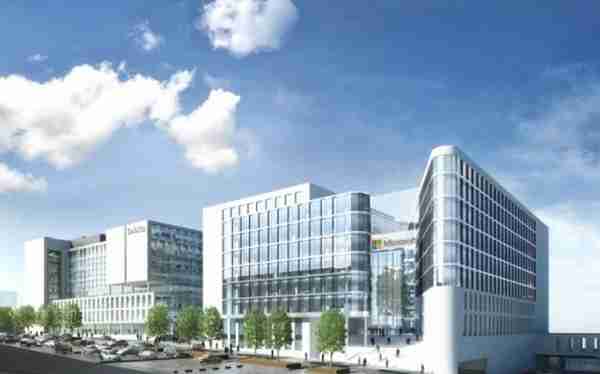 The airport has also announced that Microsoft just signed a long-term lease agreement for new offices in Brussels Airport’s “PassPort” building, a new real estate project developed by Codic. The “PassPort” building, which is under construction, will open in 2018 offering ultra-modern offices with views of the slopes.

Microsoft will lease 3,500 m2 and will install its new “Internet-of-Things” offices there.

“In our new offices, we focus on sustainability, quality of life and ecology. Our partners and customers will also find themselves completely immersed in the latest developments in our cloud technologies with, for example, the Internet of objects, bots, machine learning and artificial intelligence,” said Michael Beal, CEO of Microsoft Belux.