We know President-elect Trump will be busy in those first 30 days as POTUS, but we'll soon find out whether he's too busy to tackle the complexities of aviation.

After an exceptionally prolonged and agonising delay, Norwegian Group finally gets what it wanted most for Christmas: USDOT approval of NAI-International license to operate direct flights from Ireland to the US. This decision will free the Irish airline to operate its planned launch flights from Cork to Boston.

But there is a cliffhanger pending in this saga which might put a spanner in the works: what will Trump do?

The answer, of course, is nobody knows but Trump. Maybe Trump knows. Who knows. But let’s review the various factors in play.

1. Norwegian is justifiably giddy. (From their formal statement):

“This approval finally makes it possible for us to plan the Cork to the U.S. routes we, and many others, have been looking forward to. We also now look forward to our foreign carrier permit for Norwegian Air UK (NUK) being approved next.

“We would like to thank the many airports, airlines, industry and business groups, politicians and members of the public in Europe, the US, and Ireland in particular who have offered us their continued support over the last three years.

“While the delays Norwegian have faced have been unfortunate and unnecessary, ultimately the decision now made by the US DOT finally paves the way for greater competition, more flights and more jobs on both sides of the Atlantic.

“Above all, it is a victory for millions of passengers who will benefit from more choice and lower fares. We now look forward to working on our plans for Norwegian’s continued expansion in the US, delivering the flights, jobs and economic boost we always promised we would.”

BREAKING NEWS. US Department of Transportation issues order for permit for NAI clearing the way for transatlantic flights @CorkAirport

2. The Opposition is predictably livid.

a. ALPA (Air Line Pilots Association) of North America refers to the decision as “an affront to the letter and spirit of U.S. Open Skies agreements [which] exposes serious flaws in the current Administration’s aviation and trade policy and a profound lack of support for U.S. workers by the Administration.”

“We are extremely disappointed by the Department of Transportation’s decision to run roughshod over the U.S. Open Skies agreement and allow Norwegian Air International to fly to and from the United States,” said Capt. Tim Canoll, ALPA’s president. “This flawed action is a lasting legacy of the Obama administration and demonstrates an egregious lack of support for working men and women in this country. ALPA would never have supported this Air Transport Agreement if we had known how our government would apply it. Given this decision, why should anyone trust the U.S. government to enforce its own trade agreements?”

“This decision is an affront to fair competition and will ultimately result in the loss of U.S. jobs and, potentially, significant losses for the U.S. international aviation industry,” continued Canoll. “ALPA is considering all options to reverse this action.”

“We are pleased with U.S. President-Elect Donald J. Trump’s stand on trade, and we look forward to working with the next administration to safeguard U.S. jobs,” said Capt. Canoll. “ALPA will take appropriate action to overturn this decision and block the NAI business model from spreading. While NAI is the first, it is not likely to be the last attempt to flout U.S. policy and labor standards to gain an unfair competitive advantage.”

b. Transportation Trades Department (TTD), AFL-CIO, refers to the decision as “a betrayal”

“Unless reversed, this decision threatens a generation of U.S. airline jobs and tells foreign airlines that scour the globe for cheap labor and lax employment laws that America is open for business.”

“It is because of NAI’s blatant disregard for our trade laws that unions in the U.S. and Europe, major airlines, and Republican and Democratic members of Congress have all taken a strong stance against the airline’s application. Given the disgust with our trade policies expressed loudly by American voters on November 8, it is especially galling that the Administration has ignored the wants of the American people in favor of a rogue, foreign airline. We urge Congress to take whatever action is needed to undo this decision and prevent NAI and similar business models from poisoning the trans-Atlantic aviation market.”

“Today’s decision effectively ushers in a new era in aviation, one in which high-road air carriers will be forced to compete with sweatshop-like airlines. Unless this decision is reversed, U.S. aviation workers will become the latest victims of perverse trade policy.”

3. The USDOT was a bit shaky, even while making its decision final.

NAI’s future hinges on the application of a double negative?

The Department further tentatively found that:

“the language of the statute is clear that, if an applicant is fit and qualified under the terms of an agreement with the United States, we do not reach the question of whether grant of authority would be in the public interest. The existence of an air service agreement demonstrates that granting operating authority to a foreign carrier is per se in the public interest. Therefore, we tentatively conclude that the two critical issues in this case require us to award the authority requested: first, that Article 17 bis cannot be invoked to take precedence over our normal licensing standards, and second, that those standards are met here and therefore, in light of the 3 statute and the terms of the U.S.-EU Agreement, preclude a comparative public interest analysis.”

1. We make final our findings and conclusions as stated in the Order and award to Norwegian Air International Limited the foreign air carrier permit with associated conditions attached to the Order 2016-4-12 (and attached as the Appendix to the present order);

2. Unless disapproved by the President of the United States under 49 U.S.C. §41307, this order shall become effective on the 61st day after its submission for section 41307 review or upon the date of receipt of advice from the President or his designee under Executive Order 12597 and implementing regulations that he or she does not intend to disapprove the Department’s order under that section, whichever occurs earlier; 18

Here’s that important footnote 18. This order was submitted for review under 49 USC § 41307 on November 30, 2016. On December 2, 2016, we received notification that the President’s designee, under Executive Order 12597 and implementing regulations, did not intend to disapprove the Department’s Order.

The inauguration of Donald Trump as the 45th President is scheduled for January 20th, which is less than the 61 days left for the order granting permit to NAI to become final.

President Obama said he did not intend to disapprove the order, despite being urged by Hillary Clinton and 32 other Congressmen that he disapprove it outright, but Obama will no longer be president within the window of final approval which drops this issue immediately on Trump’s desk.

It’s a neat trick. Should Trump disapprove the order immediately, he will be siding with the Democrats, giving them what they wanted all along. Should he let the NAI license go into effect, he will be bucking his own claims of defending US jobs, at least as the unions involved in the opposition will see things.

The existing administration has thus left a little package which will test Trump’s ability to gauge the best interest of the US on trade agreements within his first 30 days of office.

At the time of this USDOT decision, Trump was defending his call with Taiwan, and was still Tweeting about that call, so he may have been distracted while this Trojan horse rolled into his future administration.

This USDOT decision will also impact the ongoing disputes between the Middle Eastern and US Carriers.

Earlier on Friday, The Open and Fair Skies group, issued a statement on the approval of the new Qatar Airways Las Vegas-Doha route in which the group said, “Sadly, these important international trade agreements have not been enforced, costing America solid middle class jobs. We urge President-elect Trump to take this on once he is sworn into office.”

We know President-elect Trump will be busy in those first 30 days as POTUS, but we’ll soon find out whether he’s too busy to tackle the complexities of aviation. 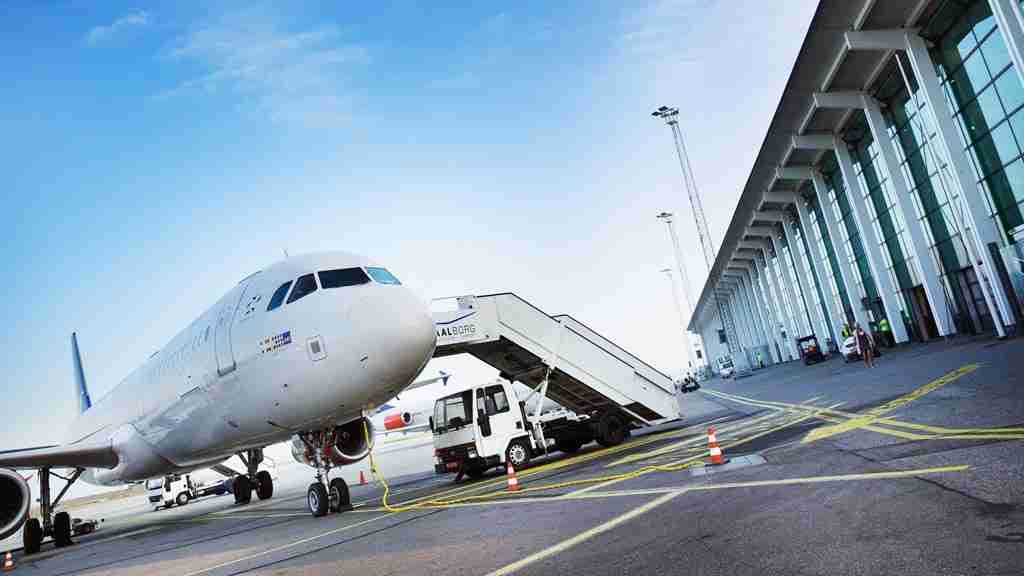 4 thoughts on “NAI Decision Is Trump’s First Big Test on Aviation Policy, and It’s a Corker”