The report, Environmental Benefits of Space-based ADS-B, was authored by Dr. Karen Marais, Associate Professor School of Aeronautics and Astronautics

This reduction of CO2 emissions would be equivalent to removing more than 300,000 cars from U.S. roads each of those years, and would require no changes to aircraft design or jet fuel.

In 2015, the International Civil Aviation Organisation (ICAO) estimated that commercial aviation contributes about 2 percent of global manmade CO2 emissions each year, much of it attributable to oceanic and remote airspace routes.

Marais found that the more precise locating capabilities of space-based ADS-B allow optimising of altitudes, speeds and routes which could yield significant benefits for the planet and for airlines. 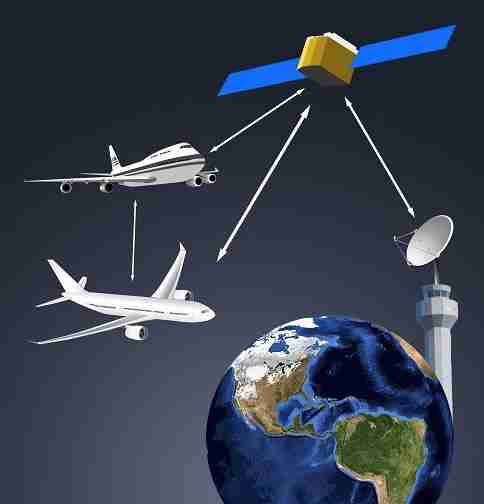 Citing analysis from NAV CANADA specific to a major U.S. airline, the report states that “access to higher altitudes as fuel is burned and variable airspeed can result in an annual savings of approximately $18.25 million, or $475 per flight.”

Dr. Marais says of these findings: “When tackling the issue of emissions in aviation, the industry has three options. Designing and building more efficient engines and airframes, developing sustainable alternative fuels and flying aircraft more efficiently from point A to point B. The only one of these poised to make a near-term, most immediate impact is to fly aircraft more efficiently, and to do so, new technologies like space-based ADS-B are imperative. This technology offers both immediate cost savings to airlines and long term environmental benefits to society—a win-win combination.”

This report was shared by Aireon LLC which is deploying a global, space-based air traffic surveillance system for Automatic Dependent Surveillance-Broadcast (ADS-B).

Aireon’s space-based ADS-B service is expected to be operational in 2018, shortly after the completion of the Iridium NEXT satellite constellation which will consist of 66 operational low-earth-orbit satellites providing 100 percent global coverage.

This level of CO2 savings would complement existing aviation environmental initiatives, including the Carbon Offset and Reduction Scheme for International Aviation (CORSIA), established by ICAO this year.