Hawaiian Airlines was the most punctual airline this year, with an average on-time performance (OTP) for 2016 of 89.87%. In 2015, the airline ranked in 9th place among the world’s airlines.

The largest airline featuring among the Top 20 airlines worldwide for OTP is Delta Air Lines, which operated the second largest number of flights of any airline in 2016.

“For an airline of this size, the fact that over 84% of all flights arrived on time over a year is a remarkable achievement,” OAG states.

Among the Top 20 airlines, there are four LCCs: Monarch, is the highest ranked of these in ninth place with OTP of 85.67%. GOL, Transavia and Jet2 are the other leading LCCs for OTP. 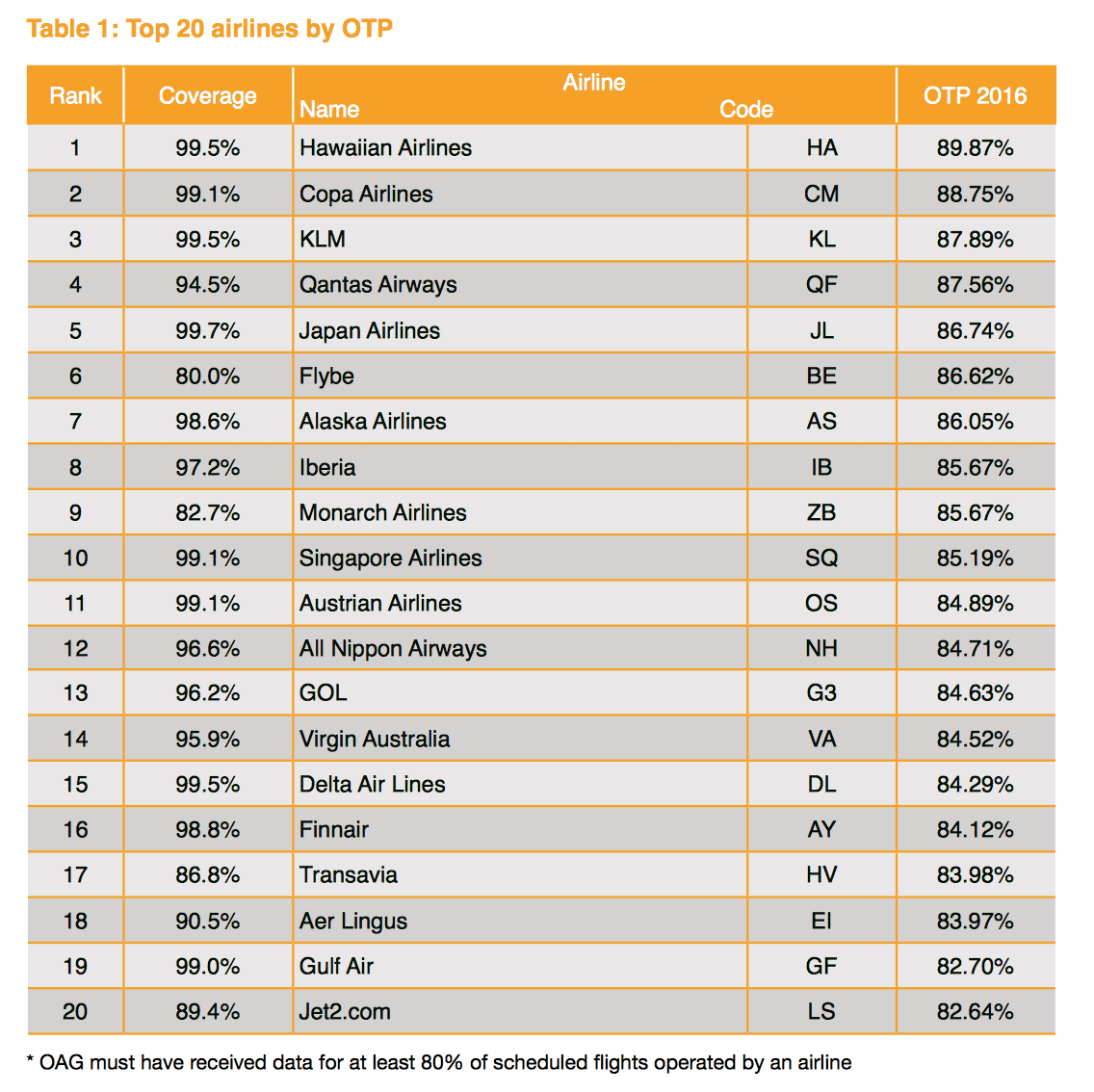 A separate chart shows the best OTP performers among LCCs. 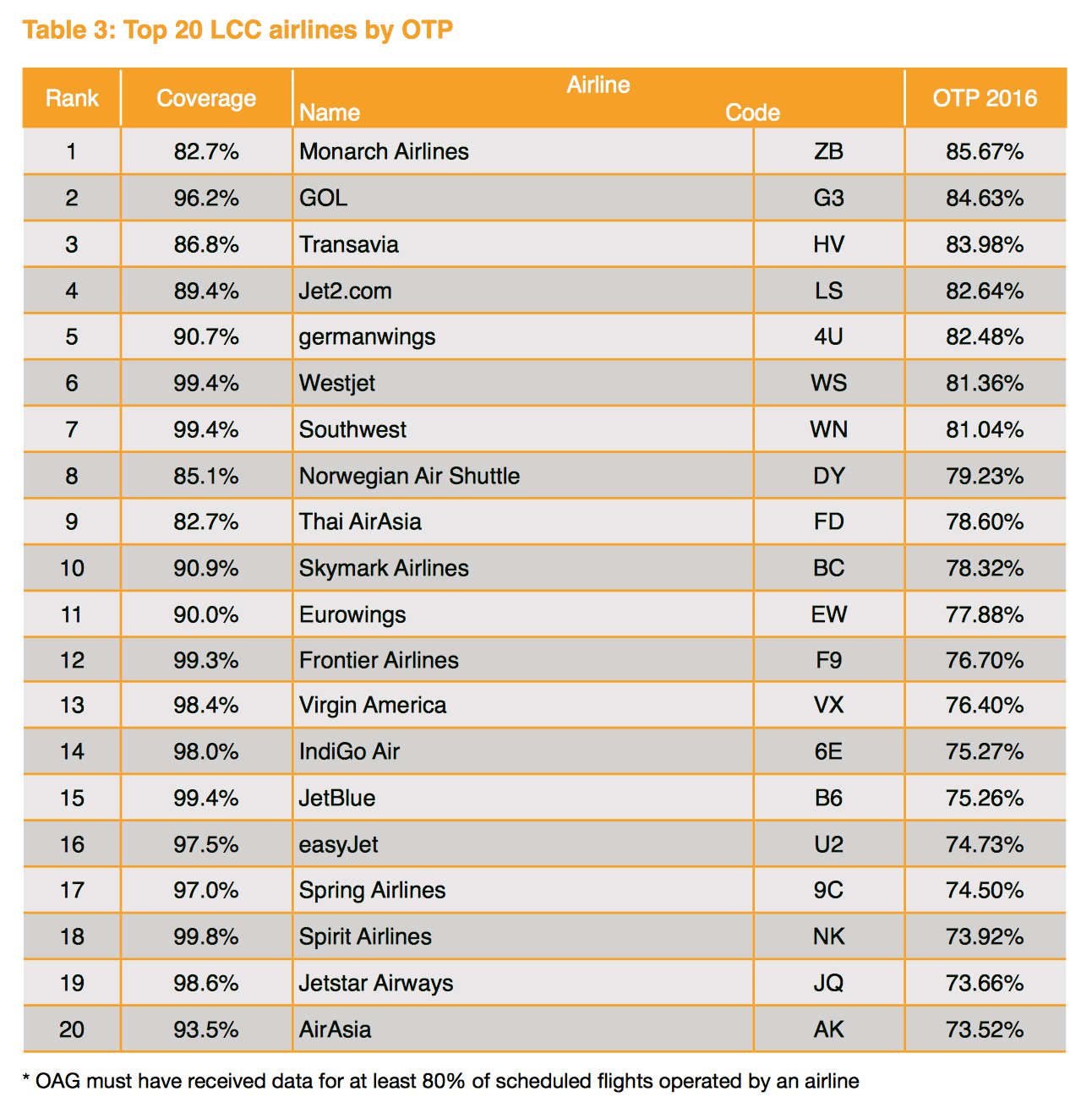 Birmingham Airport in the UK comes in at the top spot for all airports, regardless of airport size, in OAG’s “Punctuality League” with on-time performance of 91.28% for 2016. Birmingham is categorised as a Medium Airport by

A close second, was Newcastle Airport with 90.94% on-time performance.

The third most punctual airport was Surabaya in Indonesia with 90.30% on time performance. Surabaya also ranked first among large airports.

“As we’ve shown before, neither size nor geography is necessarily a barrier to great on-time performance. Winners and runners-up in 2016 include both large and small airports and airlines, those which handle snow and those blessed with sun. Furthermore, the improvements in ranking shown by some of our winners demonstrate that on-time performance is one aspect of customer service which airlines and airports can change,” OAG states in its announcement.

“A particular mention should go to Delta Air Lines and its hub airports. As one of the very largest airlines in the world, its ranking in 15th place overall among all airlines, is commendable and the fact that four of its hub airports—Detroit, Atlanta, Minneapolis and Seattle—all feature among the Top 10 Major Airports worldwide says something for its operations.”

OAG’s Punctuality League rankings are based on approximately 54 million flight records using full-year data from 2016 to showcase the best performers in a range of categories.

To qualify for the OAG Punctuality League, the OAG schedules
database must have data for at least 80% of all scheduled flights operated by an airline or for an airport.

OAG’s definition of on-time performance (OTP) is a flight that arrives or departs within 14 minutes and 59 seconds (under 15 minutes) of its scheduled arrival/departure time.

In OAG’s report, a ‘record’ is defined as a flight for which OAG either has a ‘code,’ or an actual time of arrival (and departure in the case of airports), and this year includes cancelled services.

A copy of the full OTP rankings report is available here on OAG’s website.