The hotel property owned by Copenhagen Airports A/S and previously occupied by the Hilton hotel chain will become the Clarion Hotel Copenhagen Airport and will receive an upgrade worth DKK 70 million (over U$10 million) to its rooms, restaurant, conference facilities and lobby.

Copenhagen Airport has announced a DKK 800 million (over U$100 million) project, in conjunction with Nordic Choice Hotels, which will build a new 500-room hotel with a large conference centre at Copenhagen Airport, intended to attract new international events to Denmark.

During 2016, the number of passengers at Copenhagen Airport increased by almost 10%, with more than 29 million people passing through the airport, prompting the airport to undergo several improvement programs and increasing demand for hotel rooms and conference facilities.

“We’re expanding the airport considerably in order to be able to handle up to 40 million passengers a year,” says Thomas Woldbye, CEO of Copenhagen Airports A/S. “Essentially, it’s a matter of creating more space for both aircraft and passengers. But we also need hotel and conference capacity, so I’m delighted that we’ve managed to find a partner with huge international experience of developing and operating world-class hotels and with whom we’ve been able to create a shared vision.”

The new hotel will be built in Ellehammersvej alongside the current Hilton hotel and be directly connected to the metro, railway and airport.

“For many years, Copenhagen Airport has wanted another hotel to supplement the existing high-end hotel,” says Petter A. Stordalen, owner of Nordic Choice Hotels. “We’re therefore delighted to have entered into an agreement with the airport to build a brand-new 500-room hotel. The new hotel will be part of our ‘cool’ bed & breakfast chain, Comfort Hotel, which means we’ll be operating two hotels aimed at different customer groups. In this way, we will ensure a better, broader hotel offering at the airport.”

In addition to the 500 rooms, the new hotel will also have a new, modern 3,000 m2 meeting and conference centre.

“Copenhagen already attracts a large number of international meetings and conferences. One major reason for this is that it’s really easy to get to Copenhagen from all over the world. We have 165 international routes, and irrespective of whether meeting attendees come from Malmö or Miami, it’s easy to get here. But it’s not enough that it’s easy to get here. We must also have facilities to accommodate meetings, product launches, congresses, etc.,” says Thomas Woldbye.

Henrik Zimino Mayor of the Municipality of Tårnby, where the airport is located says:

“The plans that are now going to be realised are really exciting and ambitious. The new hotel and conference facilities are a natural consequence of the growth that we’ve seen in the airport’s activities in recent years. I’m also obviously delighted about the creation of so many new jobs and the investment, and that we’ll be able to welcome many new guests and visitors. Over the years, we’ve had a very fruitful cooperation between the municipality and the airport, and that will continue. In many ways, it’s true to say that when things are going well for the airport, they’re also going well for the Municipality of Tårnby.”

“Copenhagen is already an internationally much-sought-after conference city, and building a 3,000 m2 conference centre can only strengthen the offerings. With the airport, motorway and railway right outside the door — and strategically situated between the two hotels — you won’t find a stronger and more central location for an international conference anywhere,” Stordalen says.

The new hotel and conference facility are scheduled to open by 2020.

Additionally, the hotel property owned by Copenhagen Airports A/S and previously occupied by the Hilton hotel chain will become the Clarion Hotel Copenhagen Airport and will receive an upgrade worth DKK 70 million (over U$10 million) to its rooms, restaurant, conference facilities and lobby.

“Clarion Hotel is our high-end chain with a strong full-service concept, and it sets a high standard for design, interiors, art, food and drink. It’s our ambition that this hotel should be reborn as an even bigger success,” says Stordalen. “Clarion Hotel Arlanda Airport has been crowned Sweden’s best business hotel and Europe’s most luxurious airport hotel, and experiences from there will benefit the hotel at Copenhagen Airport.”

The property is directly accessible from the airport terminal and has always been a convenient place to stay for those who live outside the Danish capital and have an early morning flight, as well as for travellers in transit and business persons organising quick meetings.

“The hotel is important for many of our travellers. It’s therefore vital for us that it is even more reflective of the Nordic feel and high quality that we want to offer those travellers. Nordic Choice Hotels can deliver that, and I’m certain we’ve found the right partner,” says Thomas Woldbye, CEO of Copenhagen Airports A/S.

As part of the upgraded services at the re-branded airport hotel, Clarion will introduce its restaurant concept, “Kitchen & Table By Marcus Samuelsson”.

Samuelsson is a world-renowned chef with restaurants around the world, including in New York, and gained fame when the former US President Barack Obama named him as his favourite chef.

Nordic Choice Hotels will take over the running of the former Hilton Copenhagen Airport hotel on 1 April 2017.

Thomas Woldbye thanked Hilton for its collaboration since the hotel opened in 2001, adding: “We’ve enjoyed an excellent collaboration with Hilton, which has operated the hotel professionally and with a high standard, and we’re delighted that the skilled employees will be able to continue under the new Clarion brand.” 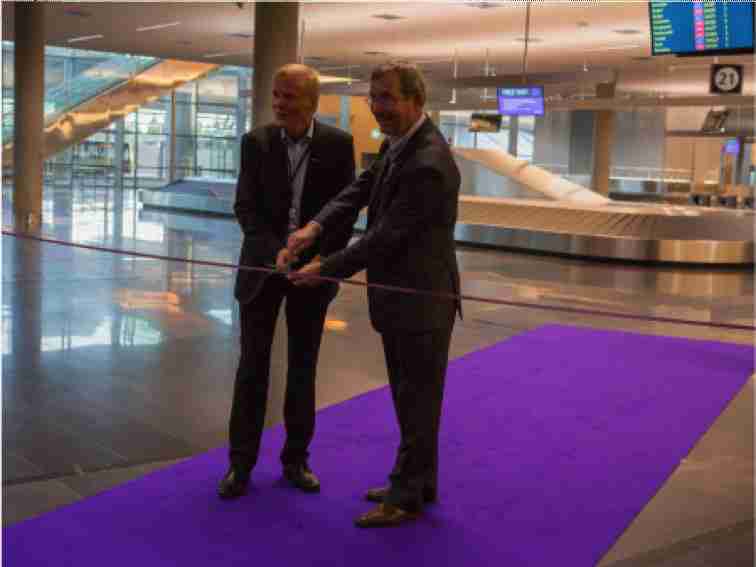 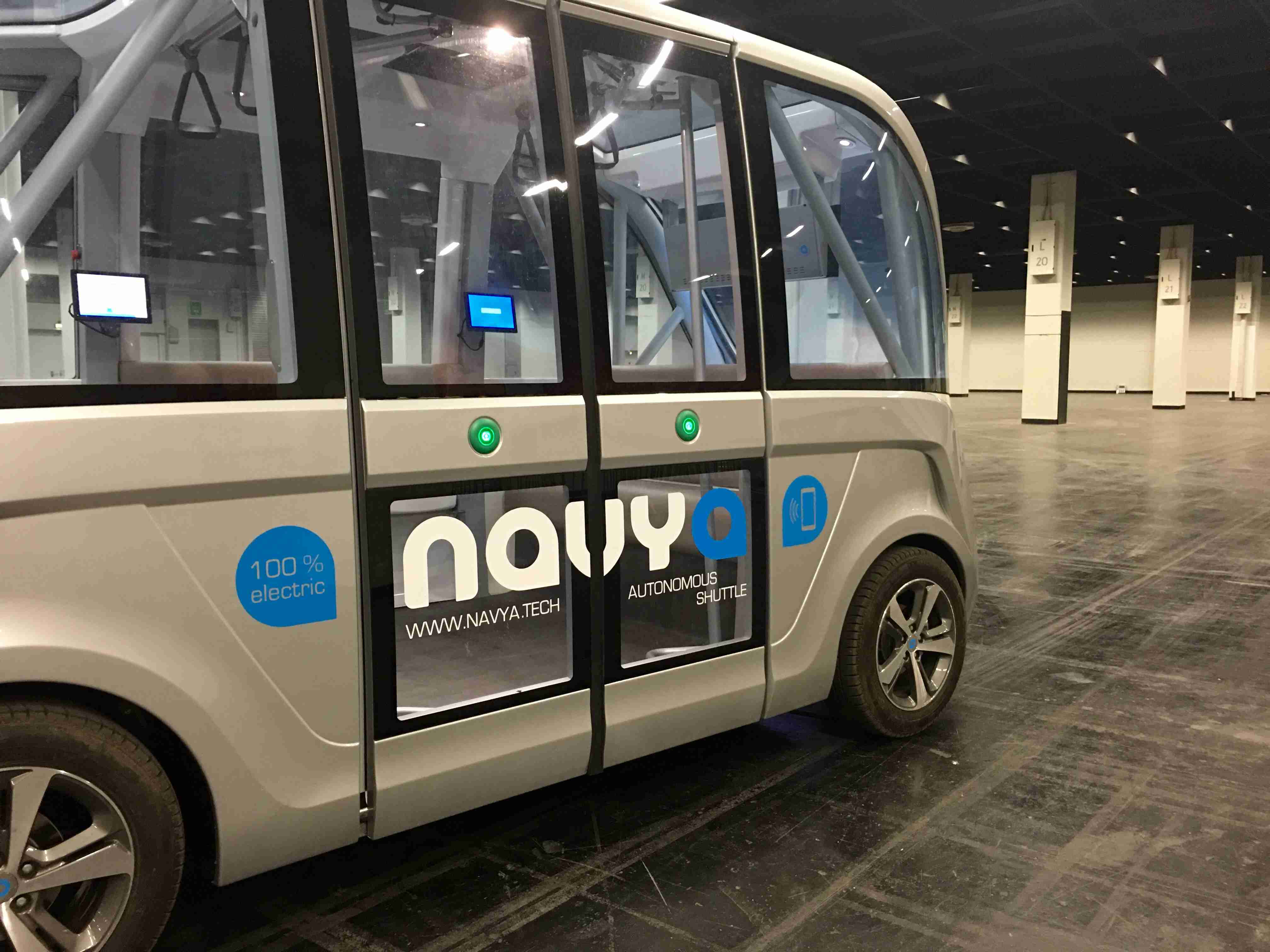 While You Wait for Driverless Cars, Take a Driverless Bus at the Airport