The latest report continues to show signs of a weakening airline profitability cycle, and an increased reliance on Premium fares to offset weaker yields in Economy. 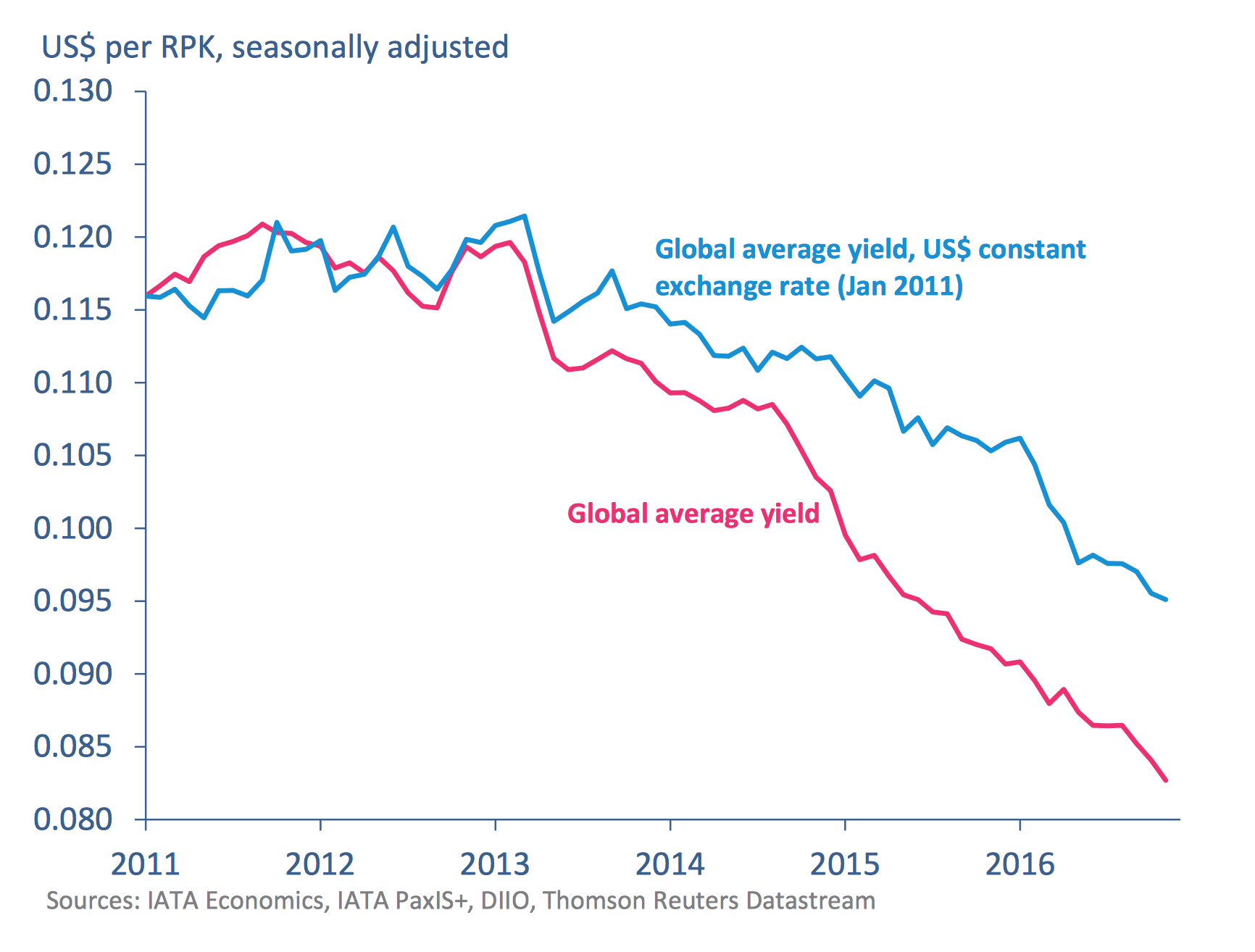 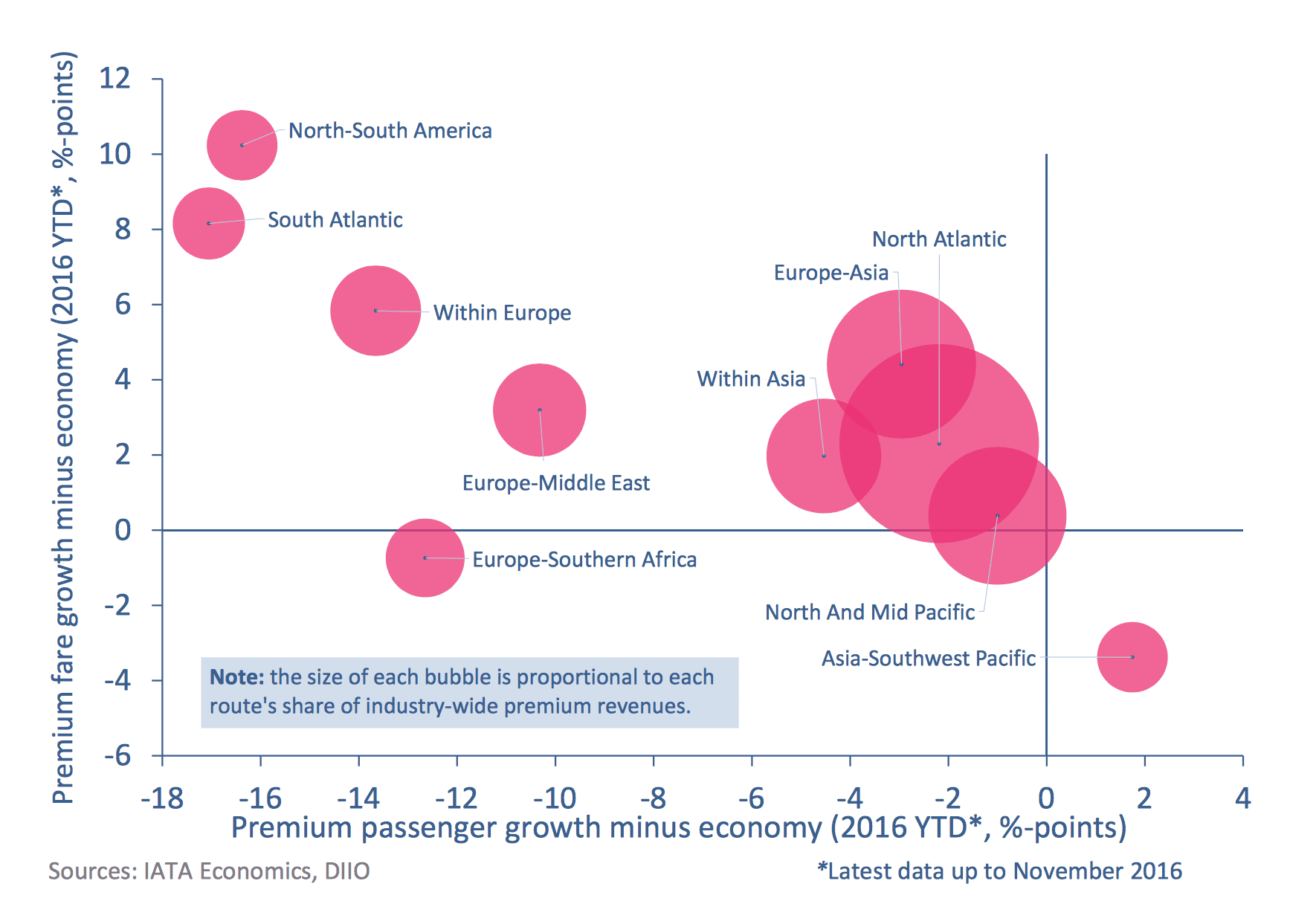 The ongoing airline fares wars—with majors introducing new tiers to match low-cost competitors—are of some concern, especially with cost increases and the possibility that oil prices will rise, if only gradually.

Bottom line, demand is strong, and airlines are filling seats. To some degree, lower fares are helping keep that demand high, but they are also building pricing expectations which would be unsustainable if costs rise more dramatically.

An example of these new pricing expectations has been the market reaction to bare fares tiers by the big three national carriers in the U.S..

The bare fare structure these airlines have introduced are intended to be attractive to an LCC customer base (think Spirit), which is already accustomed to extra. But perception is different, with complaints of new “carry-on fees”.

In other words, customers view lower fares are as standard fares with penalties added, not deeply discounted fares with proportional services.

These airlines are, in fact, setting a lower bar for Economy fares which might prove difficult to reverse.

To an extent, this is yield dilution is compensated by ancillaries, which are more difficult for customers to compare during the flight search and bookings process. But these are punitive ancillaries. Long-term, that’s not a way to build customer loyalty and it’s not a good way to ensure stable profitability.

It’s important to note the drop in EBIT margin and post-tax profit in North America.

Additional reading which could help to put this all in context: