The walls, ceiling and a candelabra decorating the locale were made using approximately 4,800 Norgesglass, or “Norway glass”—a classic Norwegian version of the Kilner mason jar. 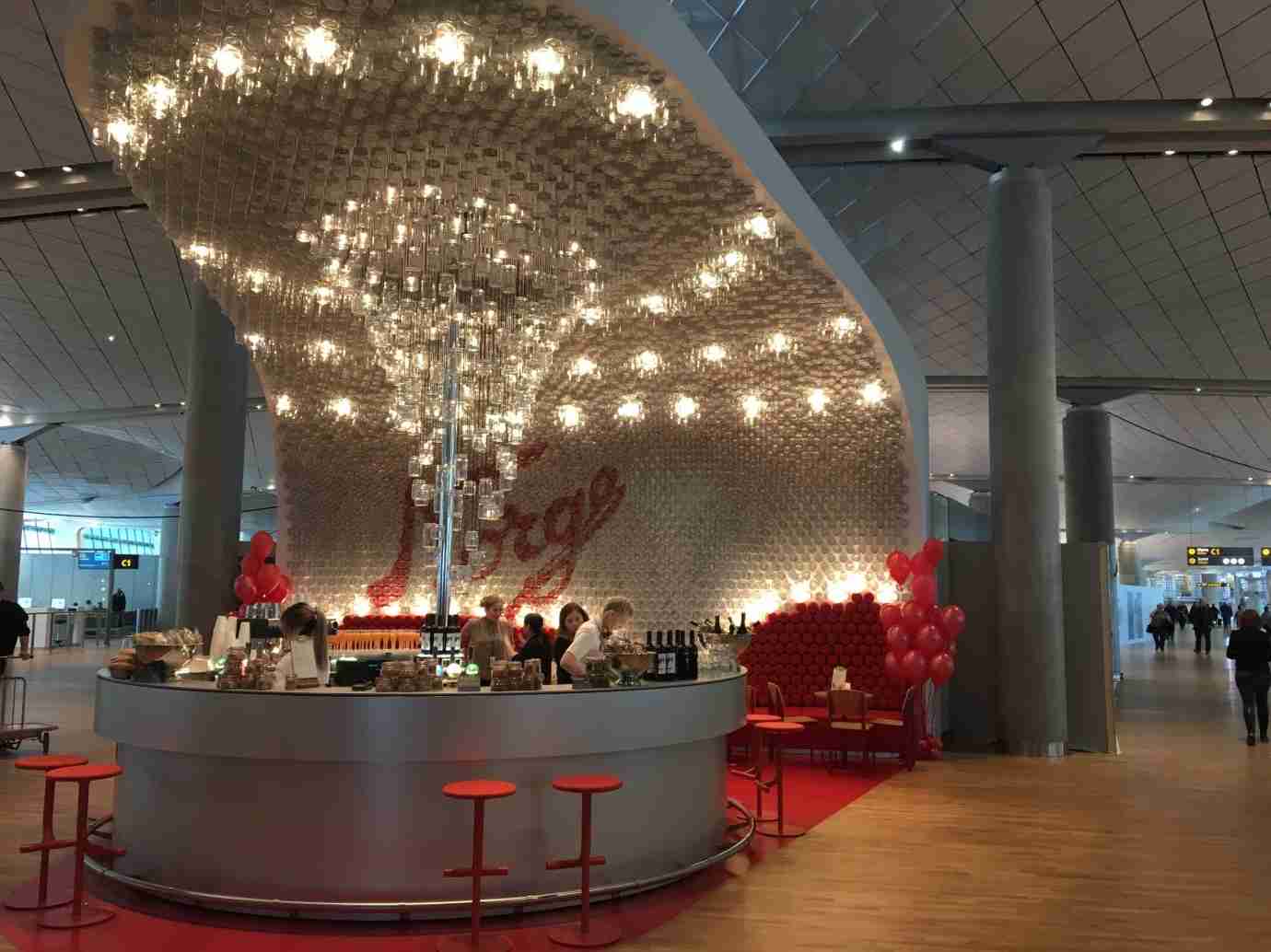 “Norgesglass is a common noun for glass jars used for canning, pickling and other forms of preservation. The jar is threaded, with a glass lid, a rubber washer and an aluminium ring which is tightened. This shuts the lid firmly, making the jar completely airtight. When the jar is filled with warm jam, negative pressure is created during cooling, making the seal even tighter. The contents can also be secured against exposure by adding a cap of melted wax,” Torgeir Kjos Sørensen, Commercial Director at Avinor Oslo Airport explains.

“The introduction of Norgesglasset revolutionised food storage in Norway, and we are pleased to present a little piece of Norwegian history and pride,” says SSP’s Morten Solberg Nilsen.

Food and beverages at the bar, based on traditional menus and featuring fresh seasonal produce, are served to customers in Norgesglass.

“The opening of Norgesglasset is another step towards the new Oslo Airport and all the new services that will be found here. We are slowly, but surely approaching the official grand opening, and we are excited to offer passengers a taste of Norway the traditional way,” says Kjos Sørensen.

This bar is a nice way for Oslo to add local flavour to its terminal, and create a sense of place.