During a speech in Washington, D.C. at the US Chamber of Commerce 2017 Aviation Summit on 2 March, Alexandre de Juniac, Director General and CEO of the International Air Transport Association (IATA), urged governments to support aviation’s role in connecting people and supporting commerce around the globe.

“Our world has grown much wealthier through trade and travel. Air travel liberates people to live better lives and makes our world a better place,” said de Juniac.

“Delivering the benefits of an ever safer, efficient and sustainable air transport system in the face of a doubling of demand by 2035 will require quick, constant innovation. At the industry level, governments play a particularly important role as partners and regulators,” de Juniac said.

While IATA’s economic agenda is directed at all governments, de Juniac also took advantage of the venue to focus on aviation issues now facing the Trump administration.

In the US, the aviation sector contributes $680.1 billion dollars to GDP and supports 6.2 million jobs.

De Juniac called for a reduction in the tax burden on aviation and air travellers, as well as a new approach air traffic services. He also softly reinforced the importance of rational rules regarding border controls which do not impair the free movement people on which a healthy global aviation industry relies.

“Aviation is the business of freedom and we must continue to work together to make it so,” said de Juniac.

“Air travel liberates people to live better lives and makes our world a better place. So we are deeply concerned with recent developments that point to a future of restricted borders and protectionism. These deny the benefits of globalisation—a product made possible by our industry. There are those who argue that the tide of globalisation has left some behind. It would be a mistake not to acknowledge their view. Nonetheless, it is undeniable that in totality the world has grown much wealthier through trade and travel. That has helped to raise over a billion people from poverty. Aviation is proud of the role it plays in making this happen. And IATA will be a strong voice in favour of the power of connectivity and trade to better people’s lives,” he continued. 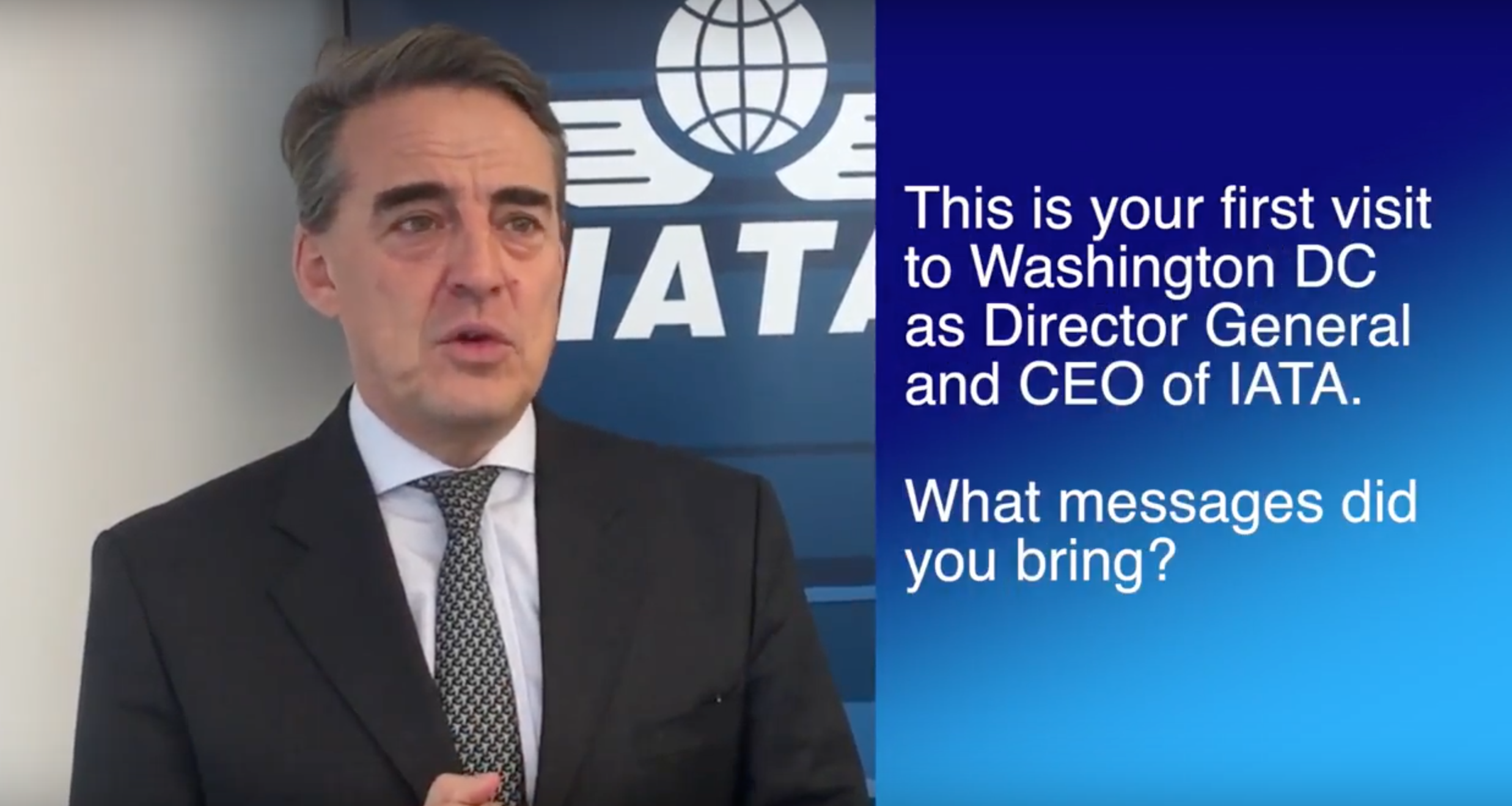 Taxes: “The tax burden needs to be reduced. Airlines for America estimates that taxes account for more than a fifth of the cost of the average domestic ticket. In a country as big, beautiful and full of opportunity as the US, why have a taxation policy that discourages travel? Travel stimulates the economy with tourism dollars and business development. We hope that the Trump Administration will create jobs by dramatically reducing the tax burden on travel.”

Air Traffic Services: “Airlines and their passengers suffer the impact of the unpredictable federal budget process on the Federal Aviation Administration’s (FAA) provision of air traffic services. The US is falling behind in the introduction of new and more efficient technology. Now is the time to move forward with innovation in the provision of air traffic services. IATA supports the creation of an independent, corporatised non-profit entity to manage US skies. IATA hopes that this will be one of the achievements of the Trump Administration and the 115th Congress.”

Deregulation: ”The Airline Deregulation Act of 1978 unleashed competition and spurred innovation by letting market forces drive commercial decisions. And today consumers benefit from more travel choices than ever. Deregulation has benefited travellers, the US economy and the competitiveness of its airlines. I hope that the Trump Administration will keep that in focus.”

Safety: ”Safety is our top priority, which is why flying is the safest way to travel. Innovation plays a role in helping make it safe and it is most successful when industry and government work together. The IATA Operational Safety Audit (IOSA), which is a requirement for membership in IATA, is an example of such innovation. IATA worked with government safety regulators, including the FAA, to develop IOSA. And it is always evolving to make sure that the latest global best practices and technology advancements are incorporated into IOSA’s 900+ standards.”

Security: ”Security is the responsibility of states but the industry is playing a role. The threat is real and is constantly evolving. We must innovate to be more effective and more efficient.”

“Partnership with governments is critical for the success of Smart Security. And collaborative innovation is the only way to stay a step ahead of those intent on doing aviation harm. It is the only way to secure our vulnerabilities—landside, overflying conflict zones, insider threats or our IT infrastructure,” said de Juniac.

Distribution: “I hope Secretary of Transportation Elaine Chao will take a fresh look at whether the US government should be dictating to airlines how and where they must display their products.”

The New Distribution Capability (NDC), launched by IATA and supported by industry—is an innovation that will bring greater transparency to the air travel shopping experience when using a travel agent or online site. Based on XML, rather than the pre-internet standard common today, NDC standards will enable airlines to deliver much more information about their products through the agency channel. But a regulation proposed in the last days of the Obama Administration to require airlines to display certain ancillary information through the travel agent channel could have the unintended consequence of locking consumers into the older, less flexible and less transparent distribution model.

The administration seems to be listening, at least in part to items of deregulation and distribution. On Friday, the administration prematurely shut down comments to the USDOT on consumer-rights policy proposals which would require airlines to more clearly disclose fees and make comparison shopping easier.

This decision to end the established public comments review process is also consistent with Trump’s Executive Order to reduce regulations.

In related news, American Airlines’ pilots might expect to be disappointed as they express their grievances over a perceived rolling-back of rest-rules.

Given the spirit of this Executive Order—and the general anti-regulatory temperament of the Trump administration—Allied Pilots Association and other airline unions should not expect to find a sympathetic ear.