With the United Kingdom (UK) scheduled to trigger Article 50 on March 29—formal notification of its intention to leave the European Union (EU)—ACI EUROPE today expressed concerns over ongoing uncertainty on the rules that will govern aviation between the UK and the remaining EU Member States (EU27) after the Brexit is complete.

“This needs to be quickly resolved to provide clarity for passengers, airlines and airports so as to enable continued investment in growing our collective connectivity. The airport trade association also cautioned about the economic consequences of the UK aviation market not remaining closely integrated within the EU27 aviation market,” the airports association states in an announcement this morning.

“The ‘sequencing’ of the Brexit negotiations means talks will initially focus on agreeing exit terms for the UK, before they eventually come to define the new relationship between the UK and the EU27 as of 2019. This implies that the aviation industry will be left in the dark for many more months to come about what will happen. Unless quickly resolved, this uncertainty will end up constraining route network development for airports, ultimately affecting air connectivity for their communities. This is due to the fact that airline route planning requires both long lead times and legal certainty.”

The association also claims the strict 2-year deadline on Brexit could prove problematic for passengers because there is no existing agreement on exit terms or definition on the parameters for the new relationship between Britain and the EU bloc.

“For aviation, this could well result in market access falling back on more restrictive bilateral provisions between the UK and individual EU27 States—with potentially disruptive effects on air connectivity and the economy. In particular, consumers could find themselves having purchased air tickets that airlines might not be able to honour in the absence of an appropriate legal basis for them to fly,” ACI states.

Jankovec said: “As responsible businesses, at this stage, we simply cannot rule out a cliff-edged scenario for Brexit and aviation. The potential impact of this on air connectivity, consumers, and the wider economy needs to be addressed by Brexit negotiators—on both sides. This means that adequate contingencies need to be established promptly in case the UK would exit the EU without any agreement on its future relationship with the bloc.” 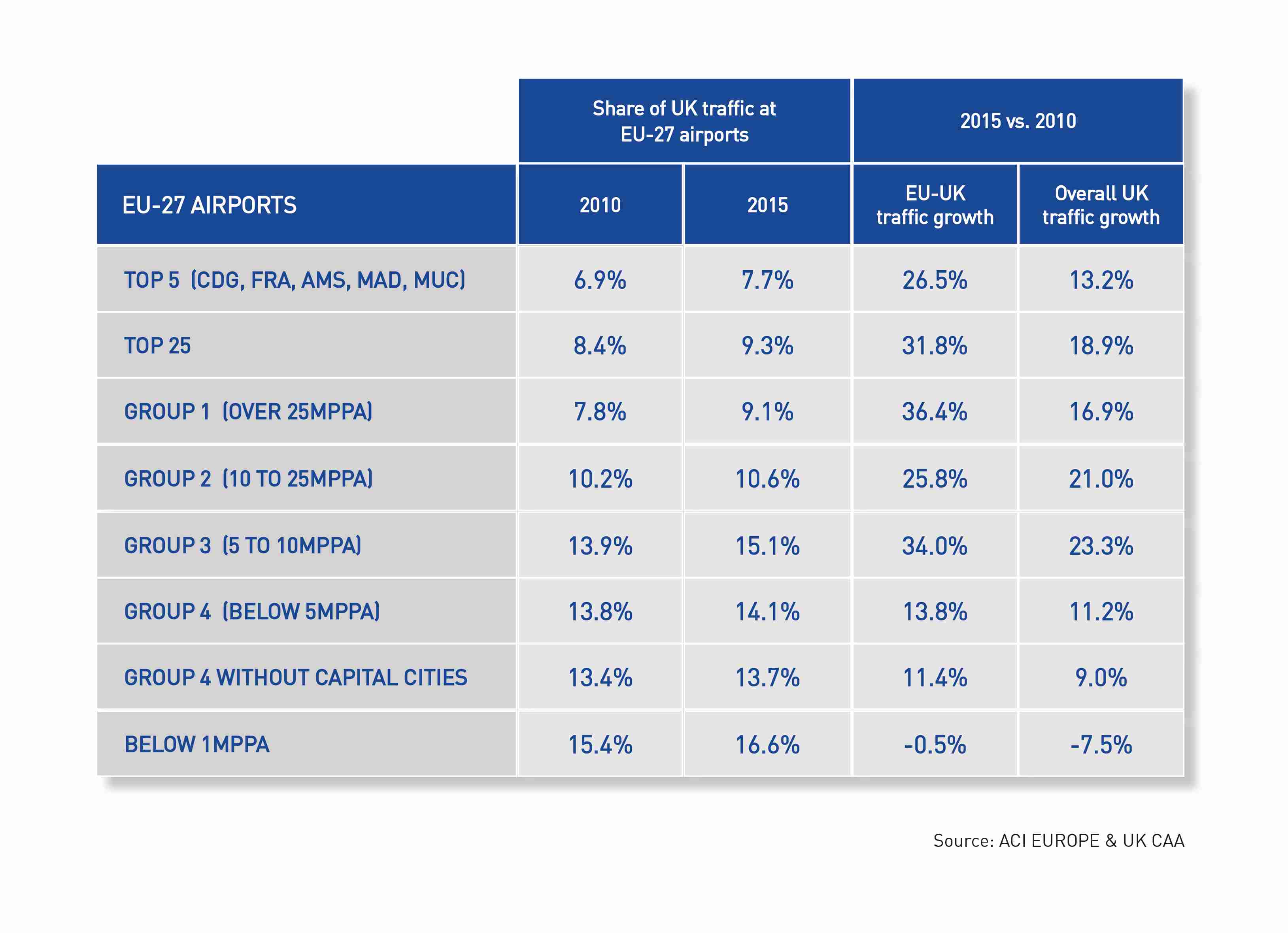 There are, however, significant variations within the EU27 in terms of exposure to air traffic to/from the UK. 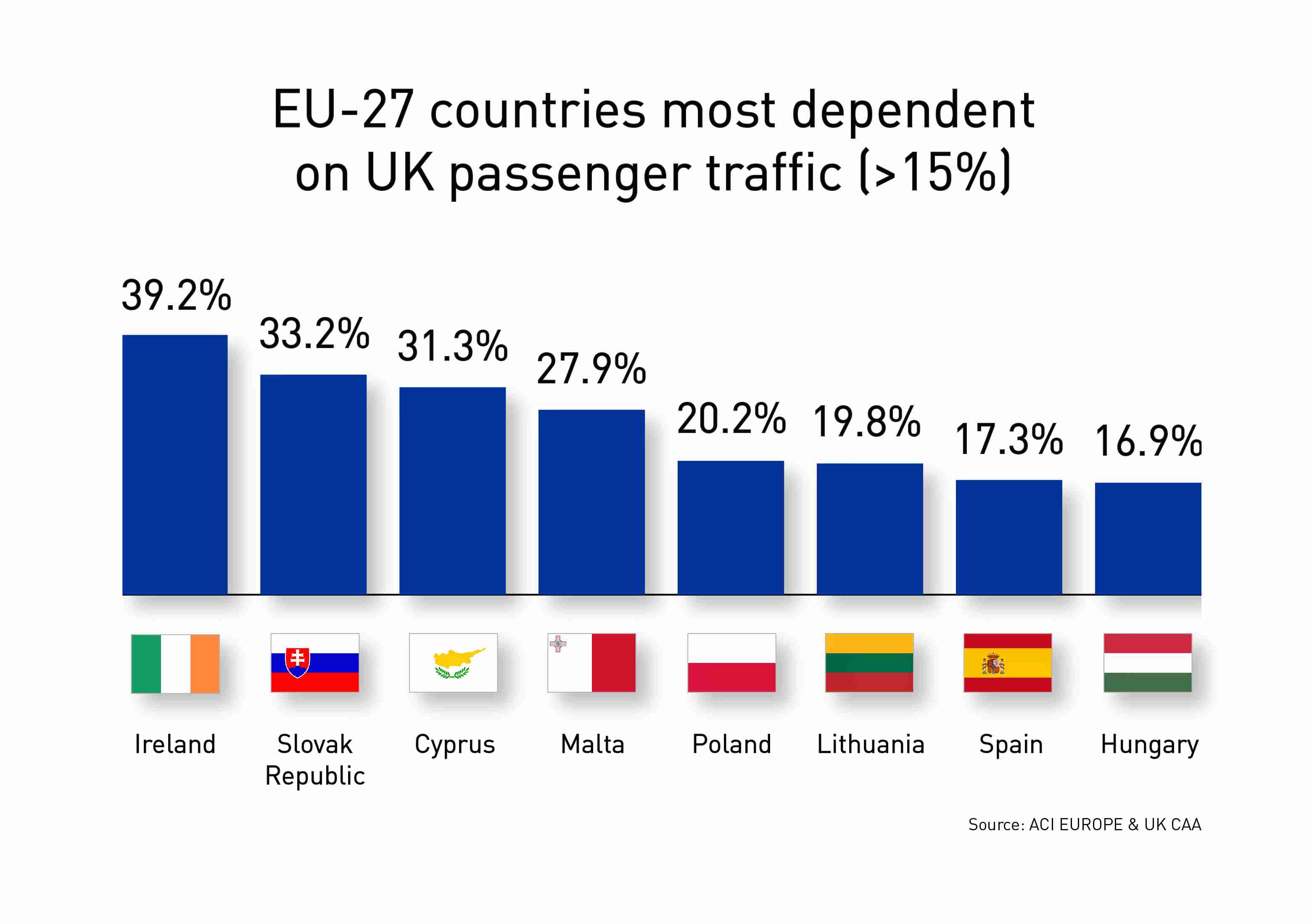 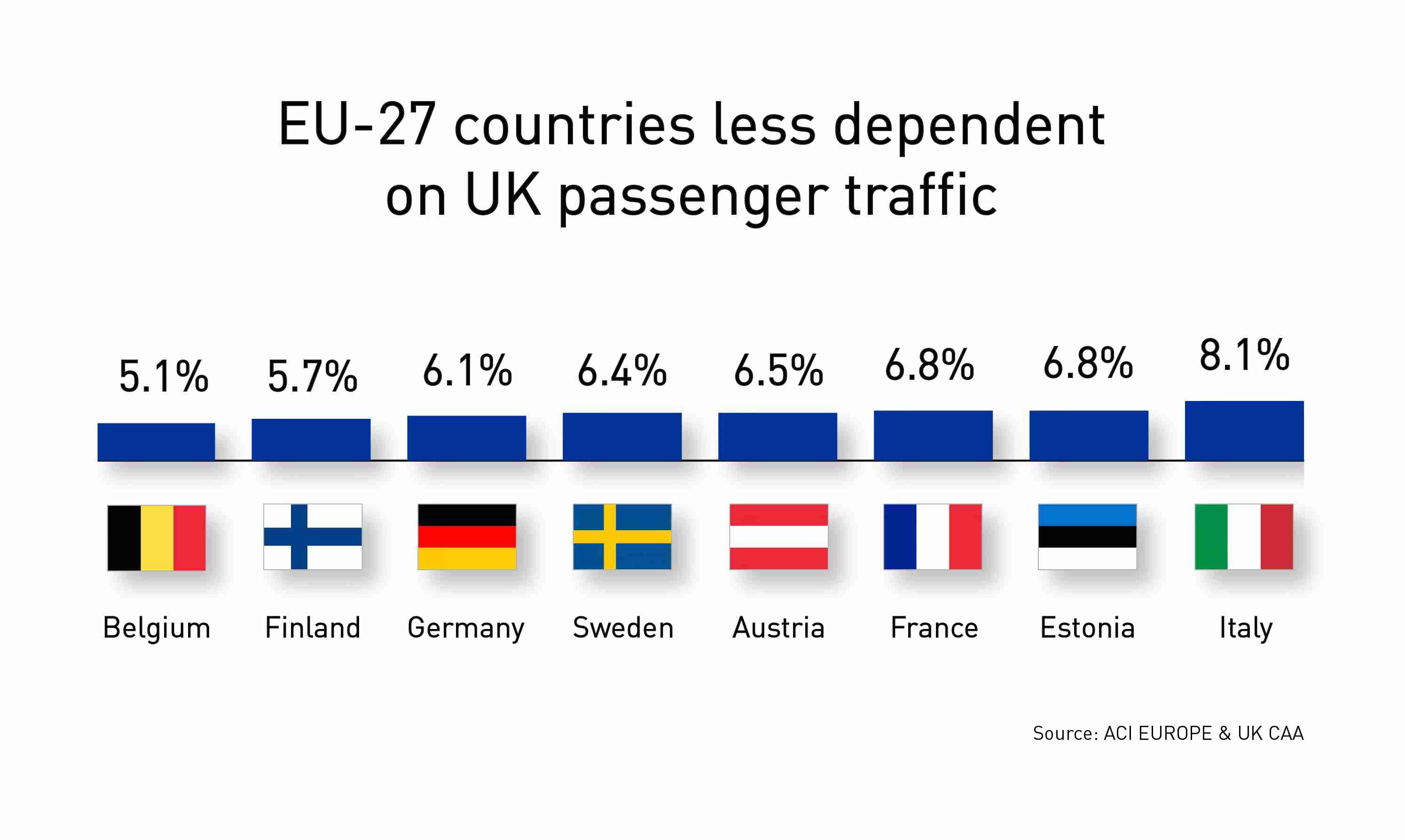 Additionally, air traffic to/from the UK is vital for many individual regional airports across the EU27 and their communities.

“The contribution of aviation to the economies of both the UK and the EU27 is largely conditioned by the full integration of their aviation markets—enabled by the Single Aviation Market. This means that this contribution depends not just on the freedom to fly and unrestricted market access for airlines, but also on a wide range of common rules. These common rules are an essential part of the fabric of European air transport. They avoid costly duplications and conflicting requirements,” Jankovec said. “Let’s be clear: losing this integration between the UK and EU aviation markets is akin to putting an end to a relationship which creates tremendous value and brings extensive mutual benefits.”